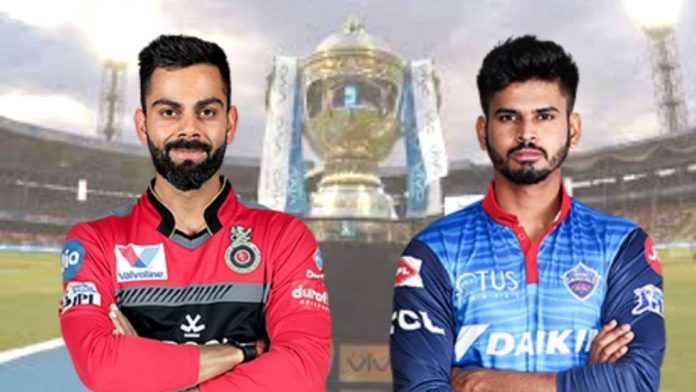 As for DC, Monday’s win guarantees them two shots at entering the final, the first of which will be against Mumbai in Qualifier 1 on Thursday in Dubai. RCB have qualified for the Eliminator, to be played on Friday in Abu Dhabi.

In the penultimate match of the league phase on Monday, RCB qualified for the playoffs as they extended DC innings till the 19th over and maintained their net run rate above that of KKR.

The fourth and final team is, however, yet not identified.

The Shreyas Iyer-led DC rode half-centuries by Shikhar Dhawan (54 off 41 balls) and Ajinkya Rahane (60 off 46) to hunt down the target.

Chasing the target, DC received an early jolt when Mohammad Siraj castled opener Prithvi Shaw (9) in the second over.

Dhawan was then joined by Rahane and the duo bought their vast experience into play, forging a crucial 88-run partnership for the second wicket as DC touched the three-digit mark in 12.1 overs.

While Shahbaz Ahmed (2/26) accounted for Dhawan and Iyer, Washington Sundar (1/24) got rid of Rahane.

Marcus Stoinis (10) and Rishabh Pant (8 not out) then added the required 18 runs in 10 balls to guide their side to the playoffs.

Opener Devdutt Padikkal continued his good form with the bat with 41-ball 50 while AB de Villiers and Virat Kohli scored 35 and 29 respectively. The trio however, failed to convert the start and as a result, RCB failed to put a decent total on board.

While picking his bowlers for a special mention, winning Delhi Capitals (DC) captain Shreyas Iyer said on Monday that they knew what to do against Royal Challengers Bangalore (RCB) in a virtual quarter-final of the Indian Premier League (IPL). DC beat RCB by six wickets to qualify for the playoffs.

“We knew it was a do-or-die and an opportunity for us to get to the second spot. We were really motivated. The teams winning in the latter half completely changed the scenario of the table and it was really commendable. Really happy with how the tournament has gone so far,” Iyer said after the game.

“The bowlers were really up with their plans and they knew what they had to execute. [Anrich] Nortje was really good and it worked out pretty well. Kudos to the way the bowlers bowled. We are one of the best teams in the tournament and we need to stick to the basics and if we try and execute our plans, the results will come,” he said.

Monday’s win guarantees DC two shots at entering the final, the first of which will be against Mumbai in the Qualifier 1 on November 5 in Dubai. Even if they lose this game, they would get another opportunity to qualify for the November 10 final.

Batsman Ajinkya Rahane, the top scorer for DC with a 46-ball 60, said he was keen to finish the game.

“Ricky [Ponting, the coach] told me that I am going to bat at number three. It’s a good position to bat at. Our bowlers did really well for us. I enjoyed the partnership with Shikhar. The communication between us was all about intent. We weren’t thinking about any target. It was all about playing proper cricketing shots,” he said.

“I wanted to finish the game. We all know how funny the sport is. We’ve seen how things have happened in this IPL; feels great to win in the end,” said the right-hander.

However, Kohli said in the end he was happy that his team qualified for the playoffs and got an opportunity to make it to the final slated for November 10. DC beat RCB by six wickets to qualify for the playoffs as well.

“We are happy that we’ve qualified. Top two would’ve been really very nice. But I think we’ve played good enough cricket to earn a qualification spot. You could say just before the qualification, the mindset was a little bit tentative. We have a shot, an opportunity and that’s all we want as a team,” Kohli said after the game.

“I’m sure the guys will be excited about what’s ahead for us. We can be more brave with the bat in pockets. With the ball, we were decent, probably we could have a strong powerplay, which is our strength. If we implement those things, we’ll be at the right end of the result. It’s important to stay positive,” he said.

“There are going to be learning along the way, but we are glad that we are through. We’ll have to assess what’s happening. Hopefully, they’ll [Chris Morris] and [Navdeep Saini] be fine by the time we play our next game. And see how they go in the next few days,” said Kohli, looking ahead.