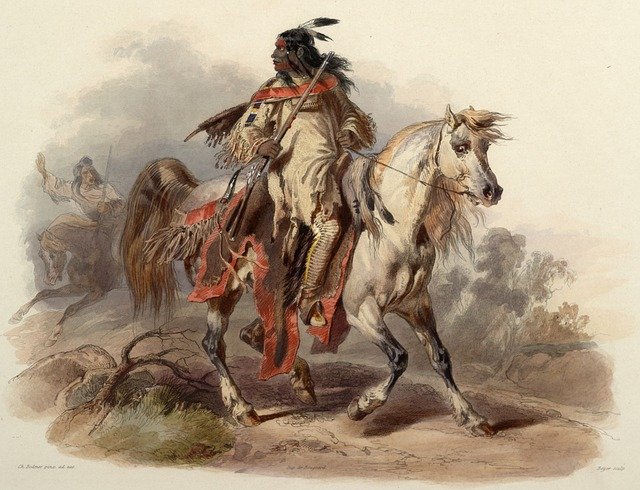 The Native Americans are not just the original inhabitants of the North American continent; they have also contributed immensely to the country that is now the United States of America. These tribes learned how to make the best of the land; tame the wild beasts, raised animals, domesticated the plants, and created several medicines.

They spurred innovations in different areas like politics, government, mathematics, and influenced cultures beyond the Americas. Here is a piece on the contributions of the Native Americans to America’s history. Their contributions spanned different areas, so this piece is going to focus on several sections.

Countless rock and cave paintings dominate the American Indian culture. Native Americans have been able to contribute to the arts extensively. A good example is the buffalo’s role in the lives of the American Indians, and this they depicted in their arts. They painted stories and folklore relating to the buffalo and other aspects of daily lives on animal hides. This served as the record of the history of the Native Americans over time.

The fine artwork is not just about the painting. They also contributed turquoise and silver jewel designs, especially from the native tribes in the Southwest. Those in the Northwest Coast are also appreciated for their wonderful wood carvings, and the Plains Indians have distinguished themselves with incredibly charming beadworks.

It will interest everyone in knowing that the edible plants domesticated by the Native Americans are now the principal ingredients in meals of people in not just the United States alone but across the globe. These include foods like potatoes, maize (corn), sweet potatoes, tomatoes, pumpkins, manioc, papayas, guavas, avocadoes, cocoa (chocolate), peanuts (groundnuts), pineapples, chili peppers, and a lot of bean species.

Rubber is another important invention of the native tribes. The Europeans only came to commercialize it and worked on it to produce tires and other products.

The Native Americans had sophisticated social systems even before the coming of the Europeans. The Native Americans in the eastern portion of the continent, especially those of the Iroquois nation, came up with the Iroquois League as their system of government. When the American and European colonists came, they adopted it as models for federated representative democracy. It is fantastic to know that the current United States government was designed based on this government pattern. It is one in which power is shared between the center, the federal government, and the states, which are the smaller government units.

We all know how the Quechuas of Peru came up with the medical application of quinine. But the good thing here is the Native American tribes also did the same thing. They knew how to prevent scurvy by consuming vitamin C-rich foods. They taught the European colonists of this method of avoiding scurvy, and it remains a standard till today.

The Native American healers were also good for coming up with methods to provide relief from pain. Those in what is now modern-day Virginia were able to use jimson weed to cope with painful conditions. They also made use of plants to work as anesthetic agents when doing setting fractured bones. Tea that was brewed from the American black willow and capsaicin, the active ingredient found in hot peppers, was also used for pain relief by the native tribes.

The syringe is another important contribution of the Native Americans to medical history. They made early versions of syringes using hollow bird bones and animal bladders. This will not be used in Europe until the middle of the 19th century. They also contributed to dental hygiene as many Native American tribes in northeastern North America utilized the wildflower goldthread as a treatment for oral pain and mouthwash.

Turkeys are a very prominent part of Thanksgiving celebrations in the United States of America but that is not the only animal that came from the Native Indians. They were also the first to raise honeybees, guinea pigs, and llamas for food. The next time you are enjoying roast turkey at any Thanksgiving dinner, you have the Native Indians to thank for the delicious meal.

The Native Americans had extensive knowledge of plants and they were able to make the best use of non-edible plants. This is particularly true of crops like rubber, cotton, and tobacco. All these are now cash crops that are all of great economic value to the United States of America and other countries worldwide.

Kayaking is one of the most popular sports on the planet but it is a contribution from the Native Americans. The idea of a narrow and compact boat with a sealed compartment that offers protection for the paddler even when it capsizes came from the Inuit of the Arctic.

They made the earlier versions from natural items only, like wood, fragmented seal skin, or other animal hides and whalebone frames. Kayaks today are made from carbon fiber or plastic but the design remains constant – all thanks to the Native Americans. They also invented other recreational activities and games like lacrosse, bull roar, snowshoeing, tobogganing, cat’s cradle, and canoeing.

Not many people are aware that countless Native Americans served during World War I, World War II, and many other military expeditions. They did this and volunteered under callous conditions and challenges. They are still very much respected for their works in the Signal Corps during the Second World War.