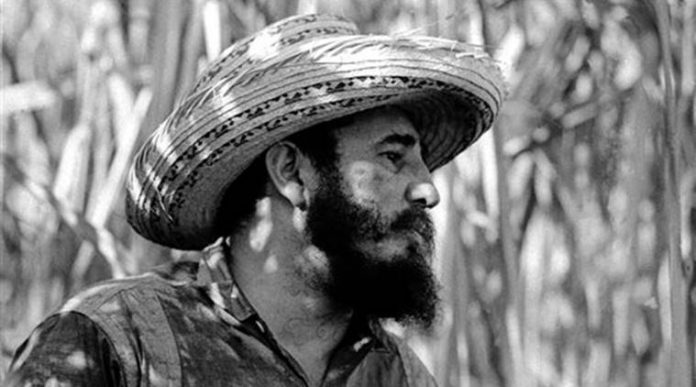 Cuban artists and musicians on Wednesday gathered at the University of Havana’s grand staircase to pay tribute to the country’s late President Fidel Castro four years after his passing.

Addressing the crowd, Jose Angel Fernandez, president of the island’s Federation of University Students, said Fidel’s presence will accompany Cubans for the years to come.

“At these challenging times, we find in Fidel’s wisdom and dreams the necessary strength to move forward,” he said, adding “this is not a homage for an absent hero.”

With patriotic songs and poems, performers paid tribute to the late leader while Cuban flags and banners adorned the surroundings of the country’s oldest university.

Claudia Bernal, who works as a scientist at the Center of Genetic Engineering and Biotechnology on the outskirts of Havana, told Xinhua the revolutionary leader is a role model for present and future generations of Cubans.

“Fidel very much contributed to the development of science and the biopharmaceutical sector on the island,” said the 25-year-old. “I feel so honored to be at this ceremony.”

The event was part of a nationwide commemoration honoring the legacy of the Cuban socialist revolution leader, who died at the age of 90, on Nov. 25, 2016.

Carla Rodriguez, a law student from the University of Havana, said she feels committed to the principles and values promoted by the Cuban leader throughout his life.

“I am studying at the same Law School Fidel graduated from, and that means the world to me,” said the 21-year-old. “It is a privilege to be a follower of his political ideas.”

Also on Wednesday, programs and documentaries aired on radio and TV stations highlighted Castro’s contribution to the spread of socialist ideals worldwide.

Local newspapers published articles and feature stories on the importance of the revolutionary leader’s humanist ideas, as well as on the social achievements reached by the Caribbean nation under his guidance.

Havana also held an International Youth Virtual Meeting dedicated to the late president, which gathered more than 2,000 organizations from 162 countries.

Other activities to honor the late Cuban leader include exhibitions, book presentations and seminars across the country.