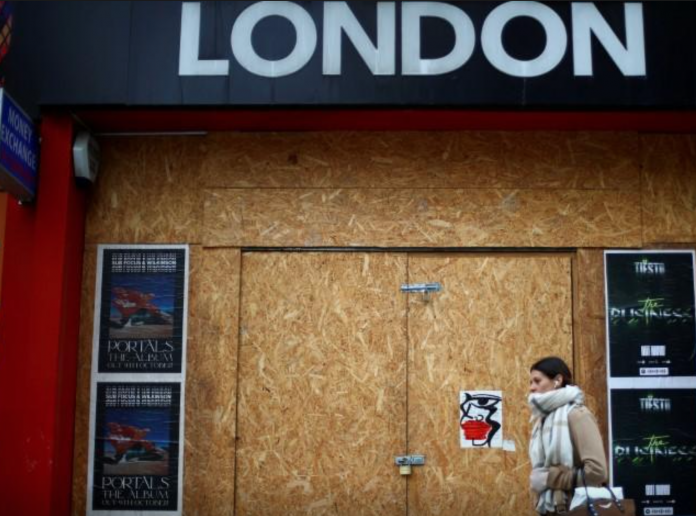 The British government on Thursday will set out which COVID-19 restrictions each local authority in England will face when a national lockdown ends next week allowing businesses to reopen in areas where infection rates are lower.

Prime Minister Boris Johnson ordered England into a month-long lockdown in early November after coronavirus cases and deaths started to rise again, angering businesses and some of his own political party over the economic consequences.

He set out new measures on Monday to replace the lockdown from Dec. 2, reinforcing a previous regional approach and warning that some areas would move into a higher alert level than the one they were in before.

Health secretary Matt Hancock will on Thursday tell parliament which of three tiers, ranging from the lowest at tier 1 to the highest at 3, each English local authority will fall under.

The government said allocations will be made using a decision-making process based on recommendations to ministers from regional and national public health experts.

Tier 3 means bars, cafes and restaurants must remain shut except for takeaway services, and that households cannot mix except in public places outdoors.

Tier 3 areas will be offered support from National Health Service Test and Trace and the armed forces to deliver a six-week rapid community testing programme, utilising lateral flow COVID-19 tests, which give results within an hour.

“I know for those of you faced with tier 3 restrictions this will be a particularly difficult time but I want to reassure you that we’ll be supporting your areas with mass community testing and extra funding,” Hancock said.

Tiers will be reviewed on Dec. 16, making it possible for areas that slow the spread of the virus to be moved down a tier before Christmas.

London Mayor Sadiq Khan has lobbied for London to be in tier 2, warning tier 3 would be “catastrophic” for the capital’s hospitality industry.

Manchester Mayor Andy Burnham said it was more likely than not that Greater Manchester would be returned to tier 3.

Scotland, Wales and Northern Ireland are under varying levels of restrictions, set by their devolved administrations.