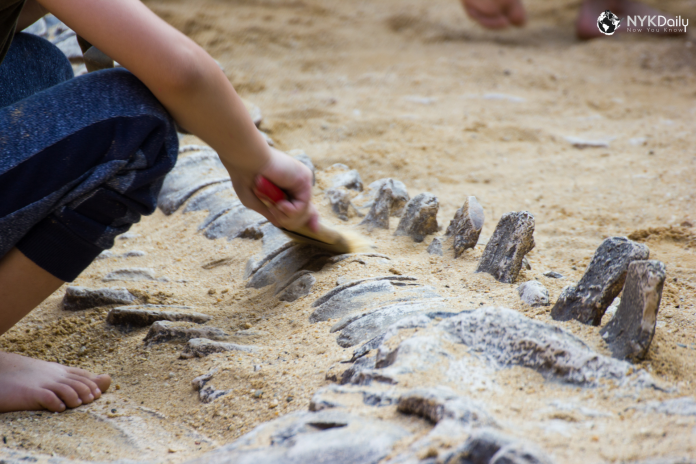 Fossils are some of the most exciting and curious discoveries that science has given us. They are so crucial that each discovery grabs headlines across the globe. But while some fossils are ordinary, some other fossils are shocking and bizarre. This piece is going to shed more light on the latter group of fossils. Thanks to paleontologists, there is never an end to the unearthing of weird and extraterrestrial-looking fossils.

Several factors come into play while describing a fossil as being bizarre. Such description can be based on the location of the discovery, the age or its prehistoric features, or even its appearance. Here are six such mind-bending fossils:

The world woke up to the news of an astonishing discovery by a paleontologist in 2011. The scientist from the University of Rhode Island had stumbled upon a collection of fossils in Mongolia. However, it was not a regular find as it was a nest of not one but 15 baby dinosaurs. Classification put the fossils as belonging to the Protoceratops andrewsi species of dinosaurs. It is the first nest of its kind ever discovered.

This discovery was a result of the hard work of four paleontologists. They studied the massive ant fossil and could get clues on how global warming has impacted species over 50 million years.

The expansive fossil was labeled Titanomyrma lubei. The studies show that the giant flying ant existed in the Eocene Epoch, which was around 50 million years ago. The body size tipped the scale at five centimeters, similar to the modern-day hummingbird.

The great white shark today is dreaded all over the world as the most vicious and dangerous fish. The exciting thing is that there is a prehistoric shark that is even nastier. The Megalodon shark is believed to be a giant predator to have existed on the planet.

The jaw is so extensive that it took two decades for the reconstruction to be done. The dimensions of the Megalodon shark are truly immense in every sense of it. When the reconstruction was complete, this aquatic beast measured close to nine feet in height and 11 feet in length. It tipped the record as the largest fossil ever reconstructed.

This giant frog fossil aged 70 million years ago was discovered on the African island nation of Madagascar. Scientists named it the devil frog or Beelzebufo. The colossal monster frog fossil tipped the scale at around 4.5 kilograms, and it had a height of 41 centimeters.

This is not just strange, but it is also the first and remains the only spider attack fossil discovered. It is encased for eternity in amber, and it lived in the Hukawng Valley in Burma (Myanmar) during the Early Cretaceous Period, dated to about 97 to 110 million years ago. It most likely lived around the same time as the dinosaurs. What made this fossil also to be astonishing is the incredible detail, which is such a rarity.

It was back in 1962 when a young paleontologist made this very rare and shocking discovery. As mammoths were some of the largest animals to have existed, it was understandable that two of them locked in a battle were not going to end well.

The scientist discovered the pair locked in battle with entangled tusks when excavating a mammoth skeleton. Scientists concluded that the two giants were most likely in a conflict over a female before the deadly tusk entanglement. One of the mammoths had punctured the other’s eye with the tusk, but there was no winner in the titanic fight.