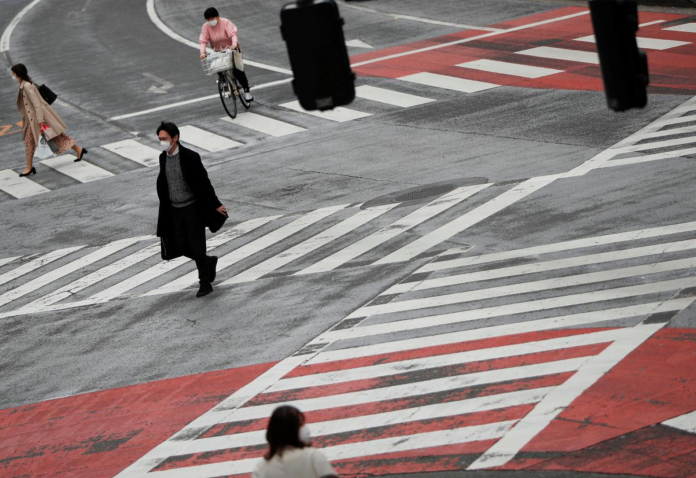 In 2018, 6,227 pedestrians died due to traffic accidents in the U.S. This is the highest rate of pedestrian deaths in almost three decades. According to the Governors Highway Safety Association, many of these deaths happened in big cities like Miami and Houston.

Driver negligence is the main cause of pedestrian accidents. Even though there are several signs in cities indicating that drivers should look out for pedestrians, experts believe that the increase in pedestrian deaths is largely due to more large automobiles on the road and the fact that more drivers are looking at their phones while in the car.

Poe shares that Amos was a “good, kindhearted person.” Harris was walking between traffic cones and the corner of a five-lane highway. He crossed the road at night, at a blinking light, and his body was thrown 100 feet when he was hit by a vehicle.

Georgia isn’t the only state that has health with an overwhelming number of pedestrian fatalities. Arizona, Florida, Texas, and California are facing similar issues. For instance, in the first half of 2018, 432 pedestrians were killed. Many of these states have also had a population increase, which has contributed to the number of pedestrian deaths.

Higher populations and jaywalking aren’t the only factors to blame for pedestrian fatalities, according to Macon Pedestrian Safety Review Board Chair Tom Ellington. Ellington states that the county has spent years creating a transportation system that is only designed for automobiles, not people.

In areas like Macon where some thoroughfares are high-traffic state highways, pedestrian deaths are common. Many of these pedestrians are taking public transportation and have to walk to their destinations after getting off the bus or out of a taxi. This makes pedestrians prone to walk in areas that are designed for rush-hour traffic and large trucks.

In addition to the way roads are constructed, pedestrian fatalities are also the result of smartphone distraction, especially within the last decade. While experts do state that the amount of semi-trailers and SUVs on the road has increased, people in these large vehicles are also looking at their phones often.

Since 2013, the amount of customers purchasing light trucks has surpassed those who are purchasing sedans. Of course, the likelihood of a person dying from being hit by an SUV is higher than if the victim was hit by a car.

Regardless of the type of vehicle they’re driving, people are often distracted by their smartphone. Pedestrians are also using their phones and may not notice when a vehicle is close enough to hit them. Both pedestrians and drivers utilize cell data 4,000 more often than in 2008. This means neither party is watching the road.

Sensor technology is being added to more vehicles, so experts are hopeful that pedestrian deaths will decrease in the next decade or so. As of now, most vehicles don’t include this technology, so drivers and walkers will have to be more vigilant while on the road.

If drivers pay more attention while operating their vehicles, they can avoid hitting pedestrians, even if the pedestrian is distracted. However, walkers do need to be more aware of their surroundings and avoid trying to cross the street when cars are too close to the crosswalk. These precautions could make the road safer for both drivers and pedestrians.