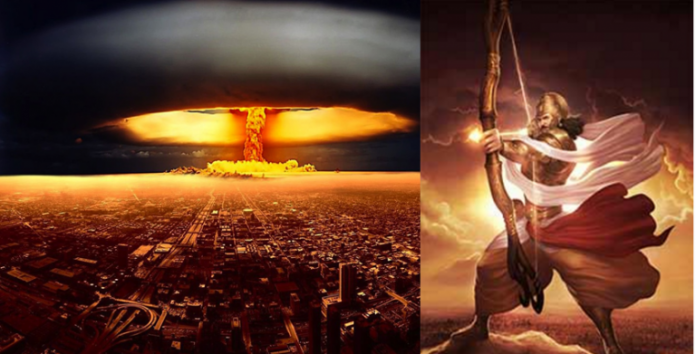 The Second World War was a perilous epoch for the United States of America. The nation faced real existential threats, especially from Nazi Germany, if it succeeded with its ambitions. The American government decided to do everything possible to come up with an arsenal like the world had never seen before, and that’s why it conducted the Manhattan Project. The development of an atomic bomb was considered a possibility, at least in theory, due to the discovery of nuclear fission in 1938 by German scientists Fritz Strassmann and Otto Hahn.

Nazi Germany was the dominant power in Europe in 1938, and there were severe fears within the American establishment that the Germans may end up developing the first atomic weapon. By the middle of 1939, scientists Eugene Wigner and Leo Szilard raised the alarm warning the possibility of developing bombs that are so powerful that an entire country would be annihilated. The scientists then told America to get and store uranium ore while speeding up the works of Enrico Fermi and other scientists working on nuclear chain reactions.

The letter was sent to American President Franklin Delano Roosevelt, and that was how the secret nuclear project commenced. America decided to take this step because the thinking then was that if Adolf Hitler got a hold of an atomic bomb or a nuclear weapon, he would have no issues with dropping them anywhere and obliterating entire nations.

Beginning of the Bomb

The National Defense Research Committee was established on the 27th of June, 1940, and it was saddled the responsibility of seeing to the success of this national security project. On the 28th of June, 1941, President Roosevelt signed an executive order that established the Office of Scientific Research and Development (OSRD), and the work continued in secret.

Designing the Bomb and Locating a Site

Many scientists came up with different concepts for the design of the bomb itself. Some of those scientists were Richard Tolman, John Henry Manley, John Van Vleck, and many others. A search for the project’s ideal location was going on, while scientists were also working on the best concepts and designs for the mother of all weapons. The Americans decided to collaborate with the British, and both sides exchanged information on nuclear physics even though the project remained top secret.

So many locations in Canada and the United States were considered for the project site. These included Los Alamos, Berkeley, Wendover, Rochester, Alamogordo, Dayton, Sylacauga, Inyokern, etc. Los Alamos was eventually settled upon as the project site based on the recommendation of distinguished scientist Robert Oppenheimer who had been one of the brains behind the entire project.

Los Alamos is located in the vicinity of Albuquerque in New Mexico. In 1942, Major John Dudley of the Manhattan District was given the assignment to survey the region. When they eventually got the land to be used, it was referred to as ‘the Hill’ or ‘Site Y’ because it remained a secret and confidential project. There were also other sites like the ones in British Columbia and Ontario, which contributed to the overall project.

Sourcing for the Uranium

Anyone with knowledge of elementary physics will know that it was impossible to produce an atomic bomb without a radioactive material like uranium. The United States government then made arrangements to source for the uranium oxide from the Shinkolobwe mine in what is now the Democratic Republic of Congo (formerly called Belgian Congo). The US State Department arranged for the purchase of 1,100 tons of uranium ore from the Belgian Congo.

The scientists working in total secrecy commenced work by carrying out isotope separation and centrifugation. Electromagnetic separation, gaseous diffusion, thermal diffusion, separation, and plutonium development were other processes. Massive laboratories and reactors were used to carry out these processes and were specifically built for these activities.

Work progressed at a frenetic pace on the Manhattan Project and by 1943, there was focus on developing a gun-type fission weapon using plutonium. There were also other attempts to create alternative bomb designs.

Since a weapon that depended on implosion was seen as too complicated, the scientists agreed that there was the need for an initial test. However, Oppenheimer had a different view and called for a full-scale nuclear weapons test, and this was given the codename ‘Trinity’.

On the 16th of July, 1945, the weapon was tested, and the explosion it unleashed had an energy equivalent of almost 20 kilotons as it left a massive crater of about 250 feet in width in the desert. The mushroom cloud reached over 12 km into the atmosphere, and the blast was heard in places as far as El Paso in Mexico. The world had never seen anything like that before. It was the first detonation of a nuclear weapon in the world.

The amount of energy released by the Trinity Test was so overwhelming that Oppenheimer stated that what came to his mind as he saw the explosion was a verse of the Bhagavad Gita, the holy book of Hinduism which went thus:

‘If the radiance of a thousand suns were to burst at once into the sky, that would be like the splendor of the mighty one….’

I remembered the line from the Bhagavad Gita; Vishnu was trying to persuade the Prince that he should do his duty and to impress him, takes on his multi-armed form and said: Now I am become Death, the destroyer of worlds…

Such was the terrifying power of an atomic bomb.

The Manhattan Project was a very vast one, and it had around 129,000 workers on it as of June 1944. These workers mainly were plant operators, scientists, soldiers, and construction workers. It was an enormous undertaking, even for the United States of America.

It also posed considerable challenges, as radioactivity presented several health challenges for the workers. Interestingly, the American government maintained total secrecy over a project of that size, scope, and importance.

The United States government would use the knowledge it had gained from the Manhattan Project to exact devastating revenge against Japan. In August 1945, a few years after the Japanese had attacked America at Pearl Harbor, the United States Armed Forces dropped atomic bombs on the heavily-populated Japanese cities of Hiroshima and Nagasaki.

The first time in humankind’s history an atomic bomb would be used in a war against humans. The Manhattan Project assisted the United States in dominating nuclear weaponry and maintains that position to date.