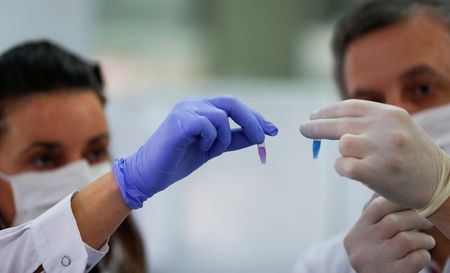 As we all know, climate is different from weather as it deals with decades of observation, helps to compare the present with the past and paves way for projections of the future. A person who studies all these projections deeply is known as a climate scientist. A climate scientist can have a different background before becoming one. (S)he can be a former engineer, physicist, geologist, chemist, biologists, oceanographer, marine engineer or various other specialties of science.

A climate scientist studies trends like changes in sea level, changes in volume or melting of glaciers, changes in atmospheric and oceanic circulation, change in temperature, configuration of continents and the energy trends of Earthly processes.

The deniers of climate change, opine that climate has changed in the past and is constantly evolving. Hence, climate change is something natural and not related to anthropogenic activities. There’s not much that can be done to stop climate change – however, the burning of fossil fuels and uniform rate of deforestation say that the Earth is warming eventually leading to “anthro-prints”.

In the past 200 years, we have dumped a huge amount of carbon and carbon dioxide into the atmosphere by burning fossil fuels, land-use changes and due to the uniform rate of deforestation, we are adding 110 billion tons to the existing pile.

A huge number of climate change scientists, (approximately 97%) recognize that the Earth is warming and that global warming is real, there is no “left or right” wing in climate change, only the fact that the climate is changing due to “anthro-activities” as suggested by a lot of published researches.

People often think that the Environment or climate is all arts and no science, a climate scientist must be as regarded as physicists or astrophysicists. A climate scientist uses scientific principles, calculations and laws to carefully gather data, logically interpret data, verify data after conducting experiments, formulate explanatory hypotheses and draw valid conclusion to finally publish the results.

Scientists are so involved into his/her research that they ignore the need to inform the public of its importance or its methods and successes. They must understand the importance of communication as they can help or inspire the huge population to prepare themselves to deal with it at their level and capacity. A scientist’s word might be inspirational to many that would lead them to do their bit, like something as basic as switching off the lights when not in use to conserve energy to something as complicated as converting waste into energy.

Scientists are not individuals working all the time in labs, they work as a team to form a think tank that includes people from diverse educational and experiential backgrounds.

In my personal opinion, climate change scientists or scientists in any field help in increasing the survival rate of mankind. Let’s take a moment to appreciate climate change scientists for their efforts to spread accurate information about climate change. The results they produce inspire solutions and with their support, we can track our progress to make sure we are heading the right way. A scientist along with science is a close friend to the economy and environment. I believe scientists are a “community of solutions” and they deserve all the appreciation and respect.

Scientists will play a huge role in saving the Earth and changing the world when we upgrade ourselves as space colonizers and become a type II civilization (read my article “Restoring Ecological Balance in the Universe” to know more).

So remember people together we along with scientists will Save the Earth!