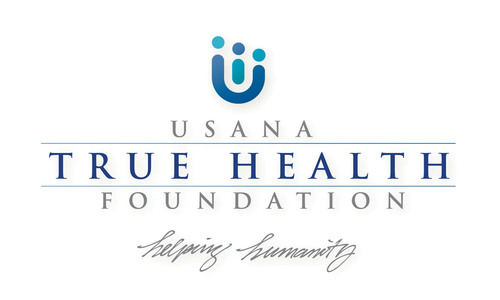 In a realm of startups, USANA has risen to become among the most prominent. The Utah-based global nutrition company has featured for 13 years in a row in Utah Business Magazine’s Fast 50 list, which designates the 50 fastest growing companies in the state—an impressive accomplishment in the state that gave rise to such giants as SanDisk and eBay. Most recently, USANA ranked 35th on the list. Each list member is selected based on a couple of factors: revenue growth and total revenue. Bear in mind, too, that the Utah Business Magazine is Utah’s foremost news and information service for businesses within the state.

So how has USANA done it? It’s part innovation, and part a tradition of excellence, integrity and community as they work to provide supplements and other products to support health.

USANA’s President Jim Brown is proud of his company’s accomplishments. “Our continuous involvement on the Fast 50 list wouldn’t be possible without our exceptional sales force, hard working employees, and innovative health and beauty products,” he said. “Being included on this list with other amazing Utah companies is an honor and privilege.”

It was the internationally recognized microbiologist and immunologist Myron Wentz who founded USANA. He came to Utah for the University of Utah’s microbiology and immunology doctoral program. Upon earning his Ph.D., he went on to start a diagnostic company, Gull Labs, that he ran for twenty years before moving on to found USANA Health Sciences in 1992.

This is a company that specializes in the manufacture of supplements and health products sold through multi-level marketing . One of their foundational precepts is that people’s health sees benefits from feeding cells within the body the nutrients that they need—and that’s why USANA has created a portfolio of quality nutritional products.

What does USANA produce? Their portfolio features a broad array of products to help promote health. Among them are nutritional supplements, food and energy products including protein supplements, skincare products, and accessories to go along with these products.

All of these products are backed by solid science. The company goes by the mantra “Feed your cells to fuel your life.” Supplements and other products are designed on the principle of providing cells the right nutrients in the right amounts. USANA’s proprietary InCelligence Technology is a cutting-edge way some products—like CellSentials—supports optimal cellular health.” Splitting up the two may provide some clarity and properly set expectations for product offerings. Other innovations include hybrid technology to create bilayered tablets that allow for unique formulas to be created, and Olivol, which is USANA’s own extract made from olives that contains antioxidant polyphenols.

Going against tradition, USANA does not sell through the usual retail structures but rather sells products exclusively from their company website and through independent distributors which they refer to as associates.

USANA in the News

The Fast 50 list isn’t the only notable achievement under USANA’s belt. This is a company that has been lauded locally, regionally and even internationally. Since the company’s founding in 1992, they have won more than 750 awards, chief among them a place on the Forbes “200 Best Small Companies List,” a slot that USANA earned three years in a row. The Direct Selling Association also recognizes USANA as a company that promotes ethical business standards according to the Code of Ethics Communication Initiative.

There are many reasons why USANA is based in Utah. Among the top is the environment, which provides not only a rich space for the company to grow, but also a comfortable lifestyle for USANA employees, too.

One of the most interesting things about Utah is that it is a surprisingly competitive market. Look past the breathtaking geography, and you’ll find a vibrant tech and industrial center known as the Silicon Slopes, which is a callback to Silicon Valley, reflecting the mountainous terrain of Utah as opposed to Northern California’s valley.

Some of the most industrious areas include Salt Lake City, Cache Valley, Midvale, Park City and Provo. In some respects, particularly the area between Salt Lake City and Provo, this region has historically been considered underdeveloped, home to mostly farmland and a couple of small towns, but not much else.

However, the state government enacted the Economic Development Tax Increment Financing tax credit, and the Utah Office of Rural Development created an Enterprise Zone tax credit in order to provide reasons for businesses to move into some of these rural areas. In addition to that, the USDA has also partnered with the state to provide extra benefits like low or no down payment mortgaging as well as financing to update and refurbish older homes. All of these things combined have made the Silicon Slopes an attractive place for startups to establish, and for their employees to live, work and play.

What’s more, the Silicon Slopes have been a hotbed not just for startups but for technology in general. As early as the 1960s, the University of Utah worked with the Pentagon to establish ARPANET, which was an experimental computer network of which the University of Utah was one of the original four connecting points. This was the forerunner to the technology that would someday become the internet.

It’s also a place that Google Fiber selected early on. Provo and Salt Lake City were two of the earliest cities to receive this service—and fast, stable internet provides opportunities for those looking to expand into the business and online spheres.

All of this is combined with a lower cost of living than places like Seattle or Portland while providing relative proximity to these places compared to other areas of the United States. That’s combined with beautiful scenery and a climate cooler and more pleasant than that of places like Phoenix or Austin, making this a very attractive place to the younger, technology-focused subset of the workforce.

These are the kinds of roots in which USANA was established—and where this company will continue to grow. USANA has a history of excellence, backed by numerous prestigious awards. They also have a history of innovation, always bringing unique products to market to help promote health and wellbeing among people. With these roots and with the drive to keep on innovating, it is expected that USANA will continue to grow while providing a solid portfolio of products for USANA customers to choose from.