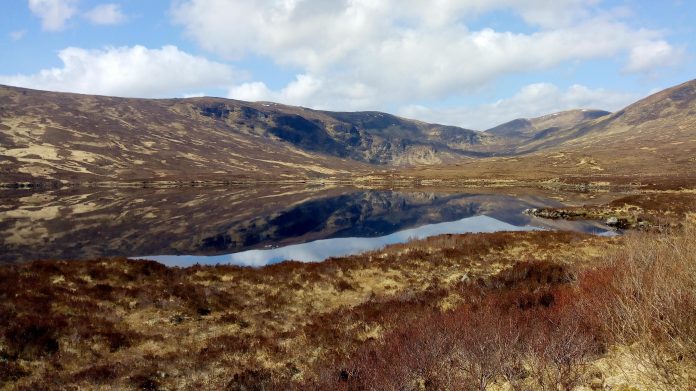 The Highlands of Scotland are in the North of Scotland. The name conjures up pictures of majestic mountains, open skies and lochs galore. Whilst the Highlands are the same geographical size as Belgium, they actually have 2% of the population of Belgium, making them one of the least densely populated parts of Western Europe. For those that want to get away from it all there is no better place.

The Highlands are packed with variety and they vary enormously from season to season. The winter months often mean heavy blankets of snow, transforming the scenery into a something from a Christmas card. Deer come down from the mountain tops so it is often a great season to see them up close. Spring is when the rivers transform into gushing torrents from the melted snow, and colour bursts through. Summer is a season of light nights, with an extended twilight in the Highlands that means at the height of Summer it barely gets dark. The light is amazing for photographers too! Autumn doesn’t just mean the coming of Winter, it’s a season packed with colour giving a display as fine as you will find anywhere.

Whilst the Highlands are a feast for the eye they are also a treat for the heart. The people in the Highlands are friendly, welcoming, chatty and interested in each other and visitors. People have time to chat with each, share a joke or an observation about the weather. Often cars will pull up in the road so that locals can have a quick chat – there’s not usually any traffic to worry about it and if there is they are likely to be happy to wait for the conversation to finish.

How to Reach the Highlands

The Highlands is served by one main airport at Inverness. There are flights each day from regional airports around the UK including Luton, Bristol, Manchester, Birmingham, Belfast. There are also flights from London Heathrow and London Gatwick, as well as Amsterdam Schipol and Dublin. The flight time from the London area to Inverness is approximately 1 hour and 15 minutes.

Inverness airport also connects to some of the islands of Scotland with daily flights including Kirkwall on Orkney, Sumburgh on Shetland and Stornoway on the Isle of Lewis.

There is a daily train from London Kings Cross that departs around midday from London Kings Cross station (slightly earlier at weekends). It’s called the Highland Chieftain and it arrives in Inverness 8 hours later. The train is comfortable with plenty of legroom, sockets at all the seats and a buffet car. It is also worth checking out first class because the seats are really comfortable, with wider seats, more legroom, free WIFI and free snacks and refreshments throughout the journey, all served at your table.

The sleeper train departs from London Euston late evening and travels up through Scotland where in Edinburgh the sleeper train splits into three parts – one section heading to Fort William, one to Aberdeen and one to Inverness. The train arrives into Inverness 11.5 hours later. There are sleeper seats, single rooms and double rooms available. There is also a buffet car.

On the West Coast of Scotland you will find some of the oldest rocks in the world which are over 3,000 million years old. The rocks in Scotland have experienced every type of climate in the world before the continents transformed into the shape we know today. These rocks not only provide delight for geologists but also amazing views, with differing colours, textures and formations. The subject of geoglogy is made fun by following the Rock Route, a great way to learn about this fascinating subject and understand more about the landscape. There is also a Rock Stop café and exhibition centre. This area of Scotland is much less visited making it feel even more remote. There are also plenty of the regions single track roads to drive on – these roads just have one lane for traffic with passing places to help vehicles pass each other when they meet, always with a cheery wave of thanks of course.

This is the largest National Park in Britain and it includes the Cairngorm Mountain range, often topped with snow even through the middle of the summer period. This park is packed with attractions making it ideal for any visitor, no matter what their age of interest. The main town in the park is Aviemore, a place that is often packed with visitors because of the amount of activities in the area – everything from grass sledging, to reindeer feeding, aerial trails and sheepdog trials. The park has plenty of off road cycling routes as well as an abundance of walking routes including right up over the mountains for the practiced and prepared.

The park is also home to a super cute steam railway, running North from Aviemore. For those that want to visit a Royal estate, the Royal residence of Balmoral is across the other side of the mountains. Balmoral is the beloved home of Queen Victoria and is where the Royal family reside during Autumn.

A scenic circular route that starts and ends in the capital of the Highlands Inverness. This route has been attracting growing numbers of travellers, some in camper vans, some in classic cars, some on motorbikes and some in sports cars. All are attracted by the beauty of the route and the challenging drive which takes in the highest road in Britain, a nerve-jangling narrow road called Bealach Na Ba which leads across to the extremely remote village of Applecross.

The North Coast 500 is a route to be savoured and enjoyed, rather than rushed and viewed as a time challenge. There are so many delights along the route not least plenty of stunning views, with everything from rocky coasts dotted with lots of small islands, to wide golden sandy beaches.

For those that love steam trains there is a fantastic service that leaves from Fort William at the bottom of the Great Glen. This train heads out towards the sea, passing lochs, through glens before bursting out near the coast. Along the way it passes through tunnels and over a particularly fine viaduct and the pace is such that there is plenty of time to enjoy the views. The steam train offers a variety of choices about travel including a luxurious option to enjoy a meal served at your table as mesmerising views slip by.

Many people come to the Highlands with the sole purpose of munro bagging. Munros are not some sort of animal that people come to hunt, they are infact any mountain that is over 3,000 feet high. To climb one is known as bagging a Munro. The name Munro comes from an English gentleman who travelled to Scotland as often as he could, documenting all the peaks over 3,000 feet as he climbed them. There are 282 of them in Scotland with most of them being in the Highlands. Some people bag several in a day.

This is something that is only found in the Highlands of Scotland. It’s a specific type of early evening meal which generally consists of a main course such as a fish or a meat dish. The main dish is served with bread and butter (sometimes toast) and lashings of tea, although they may be persuaded to serve coffee if you prefer. After the main course comes the highlight – cakes, with a selection for you to enjoy as you drink more tea.

Of course everyone coming to Scotland should try Haggis and there are so many ways to eat it! For little bite sized options haggis is often available as a starter. There is the traditional serving of haggis, neeps and tatties, often served with a little whisky sauce. For a heartier portion you may wish to try deep fried haggis available at the fish and chip shop and of course there are plenty of quirkier options like haggis pizza.

Invented near the coast this beautiful chowder is the perfect combination of fish, potatoes and vegetables. Creamy often with a slightly smoky flavour due to the fish, it can be quite thick and is generally served as a hearty portion. It’s a fantastically filling soup, perfect after a day exploring and especially lovely with crunchy bread.

The Scots love to deep fry things and it seems they will deep fry pretty much anything, from chocolate to ice cream and pizza. Most fish and chip shops will have something a little quirky on their menu but none can beat the pizza crunch. A whole pizza is dipped in batter and then deep fried, just like the chips. Whilst not recommended on a regular basis it certainly is something a little different to try!

Scotland is one of the few places in the world where the top selling fizzy drink is not some sort of cola. Instead, the top selling fizzy drink is an orange confection called IrnBru. It’s very hard to describe the flavour because it doesn’t taste like anything and the flavour doesn’t come from a fruit or one particular ingredient. However, the drink is beloved in Scotland and can be found in shops and bars across the country. It’s a bright orange colour which is said to come from the steel girders used to make it!

A Highland malt whisky – ranging from smoky to peaty flavours as you move across the country and with distilleries throughout the Highlands that are generally open to visitors.

Tablet – an incredibly sweet little treat found all over the Highlands, sometimes served with coffee. These little squares of sweetness pack a powerful sugar punch.

Porridge – a hearty breakfast dish, sometimes made with cream and sometimes with a dash of whisky. It’s a great start to the day and the Highlands is home to the world porridge making championships where cooks compete for the coveted Golden Spurtle award. 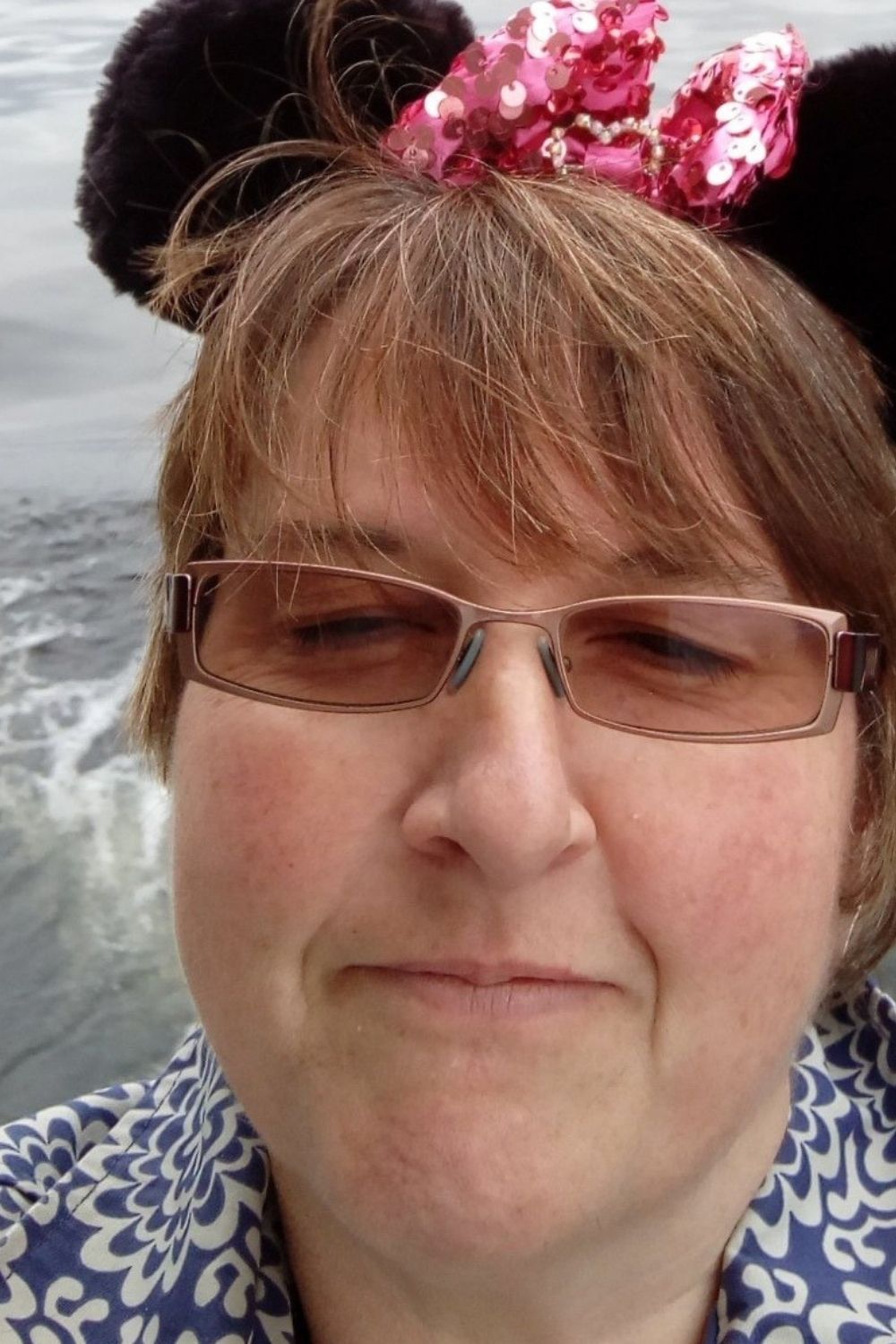 Melanie has spent over 25 years taking group tours all over the world. She now helps travellers to see more of the world for less, by sharing money saving guides and resources. She also works with hotels and holiday companies as a coach holiday consultant to help them improve their customer experience.