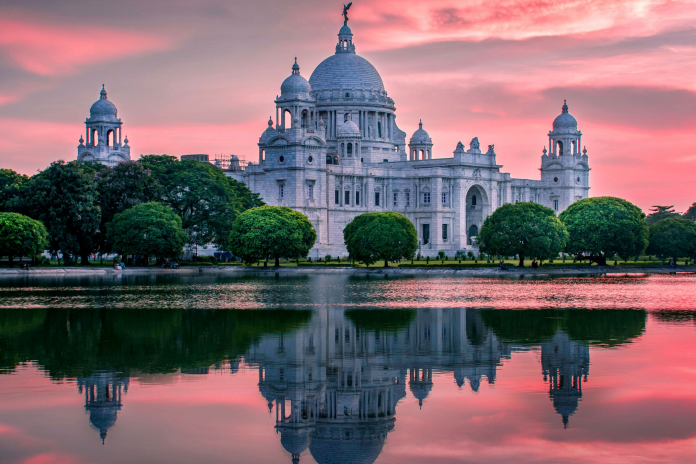 This gorgeous Indian city is aptly named the City of Joy, and truly, Kolkata is going to blow your mind. It was established in 1698 and known formerly as Calcutta. It remained the capital of the British colonial government until 1911, when Delhi became the new base. The name Calcutta was changed to Kolkata in 2001, and its charm has not changed a bit.

The capital city of the Indian state of West Bengal and the 7th most populous city in the country has a lot of pleasant attractions for all visitors. Here is a travel guide to the home of legends like Rabindranath Tagore, Sarat Chandra Chattopadhyay, Bankim Chandra Chattopadhyay, and Satyajit Ray. The finest of cinema, cuisine, literature, theater and arts await you in this enchanting city.

How to Reach Kolkata

Most international tourists visit by air, and they would land at the Netaji Subhash Chandra Bose International Airport, which is located at Dumdum. This international airport is less than 20 kilometers from the heart of Kolkata.

The airport is also an excellent place to connect with other leading cities across India and other parts of the globe. Tourists can take any of the bright yellow taxis that the city is known for to arrive at the final destination. There are also Volvo buses always ready to convey tourists and other passengers.

Kolkata has an impressive network of railways that connect it to different parts of India. You can go for speedy trains like the Rajdhani Express or the Shatabdi Express to link up from Delhi or other nearby cities. Kolkata has two principal railways stations, and they are based at Sealdah and Howrah, respectively.

The City of Joy is linked to many other cities in India by an expansive road network. You can hire a private cab, drive yourself if you can hire a vehicle, or go by tour buses. National Highway 2 and 6 link Kolkata with the other states and cities in the country.

There are frequent bus and tram services offered by the West Bengal Surface Transport Corporation (WBSTC) and Calcutta Tramways Company (CTC). The Esplanade Terminus, located right in the city center, is the central bus terminus.

There are numerous places of attractions for you to visit in Kolkata; you are bound to fill your itinerary to the brim. Here are some of the most fabulous places you need to see the next time you find yourself in this amiable Indian city:

Set very attractively between manicured lawns, this sizeable religious center is the Ramakrishna Mission’s headquarters, spurred by 19th-century Indian Guru Ramakrishna Paramahamsa, who taught the need for unity of all religions. Its centerpiece is the 1938 Ramakrishna Mandir, which manages to look like an Indian temple, a cathedral, and Istanbul’s Aya Sofya (Hagia Sophia) all at the same time. Many smaller shrines near the Hooghly riverbank include the Sri Sarada Devi Temple, entombing the religious leader’s wife, Sarada. You can explore a wonderfully presented dual-level museum that maps Ramakrishna’s life and the journeys of his great pupil Swami Vivekananda. Inside, you’ll find their objects of personal daily use stored in neat arrays, a showroom for educational books in English and Indic languages, as well as a sales counter for handmade items and showpieces.

Here is the biggest museum in Asia and one of the oldest in the world. It is located on the JL Nehru Road (formerly known as the Chowringhee Road), and it is home to what has been called the most extensive collection of Indian natural history. It also boasts of some of the most expansive collections of Indian art. It has an enduring charm for locals and tourists alike.

It was constructed right in the middle of Kolkata as a commemoration for Queen Victoria the Empress of India, and the Queen of the United Kingdom following her demise in 1901. This gigantic complex was fashioned after the Taj Mahal, and it remains one of the most amusing wonders of architecture in India. It contains countless paints of the British royal family alongside several historical artefacts, archival items, and documents that will leave you excited. Take this as a chance to read up on the history of colonialism in India that began in Kolkata with the establishment of the East India Company.

This is one of the most beautiful places to visit in Kolkata. Private individuals own it, and it was constructed in 1835 by Raja Rajendra Mullick, a well-known lover of art and philanthropy. The complex is truly a marble palace as it contains more than 50 types of cherished items.

The impressive 1784 Rabindranath Tagore mansion has become a shrine-like museum to India’s greatest contemporary poet. Even if his particular effects don’t inspire you, some of the well-chosen quotes might spark curiosity in Tagore’s deeply modernist and universalist philosophy. There’s a generous gallery of paintings by his family and contemporaries and an exhibition on his artistic, literary, and philosophical links with Japan. It is located in a Rabindra Bharati University Campus.

It is the most prominent public library in India, opened in 1836 with over 4,600 books. The public kept donating books to the library over time, and it remains very resourceful till today. Tourists are often amazed to know that a copy of any book published in India today has to be sent to the National Library.

Numerous clay effigies of demons and deities engaged in the Hooghly during Kolkata’s colorful pujas are created in specialist Sculptor (Kumar) workshops in this enthralling district, prominently along Banamali Sarkar St, the lane running west from Rabindra Sarani. Artisans are most active from July to October, producing straw frames, combining clay coatings, and drawing divine features on Kali and Durga festivals’ idols. In November, old frameworks wash up on riverbanks and are often repurposed the following year. Yes, if you are visiting, rejoice. Photography is allowed and for a tip, the artists allow you to sit in at a studio and witness the idol-maker immersed in his work.

What to Eat in Kolkata

Kolkata is sincerely the home of some of the most authentic dishes and tasty cuisine in India. Tourists never get enough of the fine Bengali dishes be it Indian or other intercontinental delicacies. When you are going around Kolkata, you will see so many eateries that are more than 100 years old – yes, Kolkata is amazing. Park Street is the number one choice for anyone looking for what to use to quench hunger and thirst in this beloved city.

The most well-known snack in the city is Kathi kebab, and the finest ones are sold at Elgin Street, Hogg Market, and New Market Area. Practically all the restaurants and eateries in Kolkata have irresistible Mughalai delicacies and seafood for you. The city itself is a bustling center for all kinds of street foods and snacks. These include rolls, chops, and puchka (gol gappa or paani puri) you will find in every corner of the city.

Cafes are everywhere in Kolkata, and the Indian Coffee House is particularly famous among guests and tourists. You can also check out Flurry’s on Park Street if you have a sweet tooth for yummy Swiss pastries. You cannot miss the famed Bengali milk sweets such as Sandesh, misthi doi, rasagulla, and ras malai. You will see these treats everywhere you turn, and find it impossible to ignore.