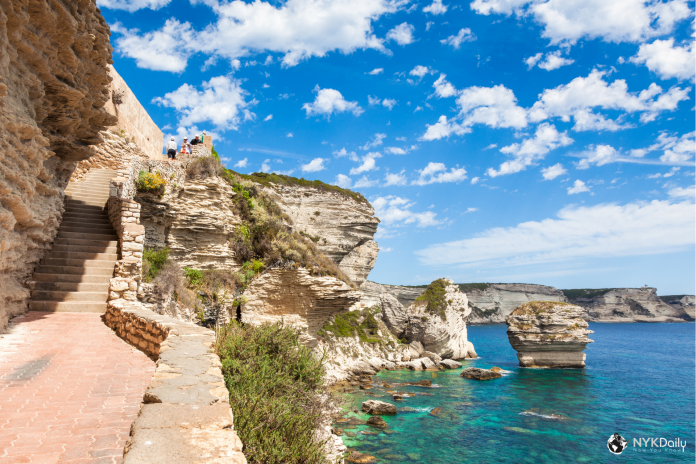 Extending from the Atlantic, some 480km west of Senegal, this remarkable island chain has a beautiful blend of beaches, mountains, and tranquil seaside villages. On Santo Antão, jagged peaks hide penetrating green valleys of sugarcane and flowers, perfect for epic hikes. São Vicente is home to the social capital of the islands, Mindelo, which throbs with music clubs and bars. On Maio and Sal, waving windswept hills merge with indigo-blue seas on unspoiled beaches of dusty white sand. Meanwhile, Brava and far-flung Fogo in the southwest offer their charms, from surreal volcanic landscapes to shimmering bays framed by towering peaks. Throw in the steady beat of the music that Cabo Verde is famed for and the renowned Morabeza (Creole for hospitality) of its citizens, and you’ll see why many have landed here – and never left.

How to reach Cabo Verde?

There are regular weekly flights from Washington DC, Boston, Fortaleza (Brazil), and almost all other major cities to Amílcar Cabral International Airport on Sal Island – the country’s main international airport. One thing to remember regarding the boat and flights in Cobo Verde is the laid-back attitude. Schedules in Cape Verde are not taken seriously – don’t be upset if that ship departs ahead of schedule or if that flight abruptly gets postponed until tomorrow. This is necessary to consider if you decide to explore Cabo Verde and do island-hopping. Due to climate and other weather conditions, flights may be canceled or delayed.

It’s still an active volcano and last erupted in 2015. Yet, brave farmers continue to grow vineyards, coffee, and fruit trees on its black slopes as land with extensive volcanic activity is incredibly fertile. The volcano’s cone remains intact and can still be hiked. However, you’ll need a guide and a good pair of boots, as the slopes are covered in wet cinders. The arduous ascent takes around 265 minutes, but the panorama from the top is sumptuous. Afterwards, it’s a moderate walk to get back down.

Dja’r Fogo is a must-visit for people interested in history and coffee. It is run by a regional artist who divides his time between Paris, Lisbon, and Fogo. It serves as an art gallery, cafe, knowledge center, and launchpad for casual trips around the island. It’s also the most suitable place to taste artisanal Fogo coffee; the owner’s house has had a coffee plantation since 1874. He still roasts six generations later and packs it into neat little cotton bags and serves it to enthusiastic travelers.

A beautiful attraction is this fantastic, moon-like crater of an old volcano, where seawater is transformed into shining salt beds. You can see the ancient salt uprooting machinery of the 1805 plant; float in the healing saltwater; have a salt scrub, a massage, or mud treatment at the base Salinas Relax spa; and spend time at a cafe.

On the main highway, approximately 1km before the center of Tarrafal is the dark former Tarrafal Concentration Camp. Here invading Portuguese officials used to jail and grill political prisoners during the 1940s. It shut down in 1975 and was later transformed into a museum. Today it remains a frightful story of colonial abuses.

Things to do in Cape Verde:

What to eat in Cape Verde?

Cape Verde has incredibly fresh seafood. Tuna is standard, as is Wahoo – a white-fleshed fish with a similar texture. Try your hands on:

European food is typical on all the islands. Italian is wildly famous on Sal.