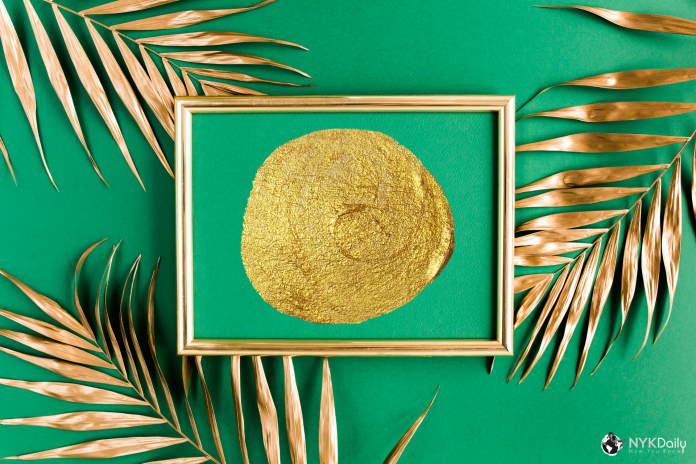 The measure of value in business or wealth is done using a few items like gold. With its sparkling and bright yellow hue, gold has left humankind fascinated for thousands of years, and this is not going to change anytime soon. A metal that is resistant to most acids and other corrosive substances; gold is not resilient and beautiful; it is inherently useful.

As gold is rare, it is classified as a precious metal, and it is for this reason, humans have adopted it as a store of value for centuries. Entire countries even maintain gold reserves as a store of their wealth, which they can always fall back on during harsh economic times.

There is a limited amount of gold on Earth, which means that the value of gold will keep increasing with time. As of 2019, experts estimated that less than 200,000 tonnes are above ground, and about half of that is already in use as jewels.

A glance at the history books shows that no one knows the first person to find gold. However, what is agreed upon is that the early hominids most likely discovered gold as bright nuggets thousands of years ago. This is possible because gold nuggets are found in streams in various parts of the globe.

The origin of gold is fascinating. Gold is thought to have been created in supernova nucleosynthesis, from the collision of neutron stars, and to have been present in the dust from which the Solar System evolved.

Today, gold has become an inherent part of the culture in every human society on the planet. But how exactly did gold become so valuable and cherished by human beings? Gold became useful due to the properties that it possesses, and these features have been noticed by humans thousands of years ago.

Of all the metals in existence, gold is the easiest to work it, and this is because it is very malleable. This means that it can be stretched out, turned into strings, coils or plates, and practically any shape without any breakage. Also, gold typically occurs as a pure metal, and it contains no other ore or impurities, which even makes working on gold a lot easier.

Of course, the shiny nature of gold attracted the early humans, but it remained cherished over time because of the diversity of the applications that it can be put to. Another important reason why gold has remained valuable is because of the cultural significance that it holds.

In many cultures like Egypt, India, Sumer, Inca, Ife, Benin, and Ashanti, gold is associated with divinity, royalty, wealth, and immortality. It is a combination of these factors that made gold to become extremely valuable in human societies.

Later, gold became a commodity and a measurable unit of value or even money because of another set of factors. Gold is heavy yet portable, it is private and can remain permanent – these are features of what money is. This is why gold was used widely as money in ancient Greece and other regions in the Mediterranean and beyond.

Gold in the Ancient Era- The Findings

Of the three India’s Karnataka gold mines, two of them, Hatti and Kolar, have been in service for thousands of years. Hatti is pre-Ashokan, and Kolar gold has turned up in gold objects found at Mohenjo-Daro and Harappa from 4000BCE, making it the oldest gold mine globally.

One of the oldest known maps of a gold mine was sketched in the 19th Dynasty of Ancient Egypt (1320–1200 BCE), whereas the first written evidence of gold was registered in the 12th Dynasty around 1900 BCE. Egyptian hieroglyphs from as early as 2600 BCE depict gold, which King Tushratta of Mitanni insisted was “more plentiful than dirt” in Egypt.

Gold is cited frequently in the Old Testament, starting with Genesis 2:11 (at Havilah), the tale of the golden calf, and many parts of the temple, including the golden altar and the Menorah. In the New Testament, it is combined with the magi’s gifts in the first chapters of Matthew. The Book of Revelation 21:21 represents the city of New Jerusalem as having streets “made of pure gold, clear as crystal.” The exploitation of gold in the south-east corner of the Black Sea is said to record from the time of Midas, and this gold was influential in establishing what is probably the world’s earliest coinage in Lydia around 610 BCE. The legend of the golden fleece recording from the eighth century BCE may refer to fleeces’ use to trap gold dust from placer deposits in the old world. From the 6th or 5th century BCE, the Chu (state) distributed the Ying Yuan, one kind of square gold coin.

In Roman metallurgy, new methods for removing gold on a large scale were exhibited by injecting hydraulic mining methods, particularly in Hispania from 25 BCE onwards and in Dacia from 106 CE onwards. One of their biggest mines was at Las Medulas in León, where seven long canals allowed them to sluice most of the large alluvial sediment. The mines at Roşia Montană in Transylvania were also enormous, and until very recently, still mined by opencast methods. They also used smaller deposits in Britain, such as hard-rock sediments at Dolaucothi. The different ways they used are well described by Pliny the Elder in his encyclopedia Naturalis Historia written towards the fall of the first century CE.

Gold in the Medieval Times- The Story

By the 4th century, the Roman Empire was already in decline as a result of several factors. The fall also meant a remarkable reduction in the gold mining activities in the area. As this was the central supply hub for the region and beyond, there was a slump in gold supply, especially to places like ancient Rome and Greece. Because of this, kingdoms and empires of the Early Medieval Era decided to make use of lower-quality metals like copper to make their coins and do their other transactions.

However, this slump did affect areas under the Byzantine Empire, which remained of the mighty Roman Empire to its west following its decline. In these areas, gold was found, and the traders still used gold coins in their transactions. But much of the gold found in these areas were seized by the emperors and used by the Catholic Church.

The Early and High Medieval Ages came with a gradual decline in gold as a currency, and without delay, silver replaced it. This explains why from the 8th century and beyond, silver coins were seen all over Europe as the primary type of currency. By 1320, gold would become prominent again following its discovery in Kremnitz, modern-day Slovakia, and other parts of Europe like Britain, France, Germany, and Italy.

Gold in the Modern Era

In the modern era, gold has not diminished at all in significance, importance, or value. Gold is now more appreciated than ever as scientists are discovering even more applications for this timeless metal. This is apart from its conventional uses in jewelry and as coins.

Today, the electronics industry uses as much as 10% of all the gold in the world. In this sector, gold is used to produce rust-free electrical connectors, which are then used in computers and other devices. That explains why your phone has some gold in it.

Apart from its use as electrical connectors, gold is also used in spacecraft, communications equipment, and jet aircraft engines. A thin layer of gold covers even the astronauts’ visors because of its excellent reflective properties; the same thing applies to the mirrors that coat the surface of telescopes. Gold is also used in the medical field, particularly in the specialty of dentistry. Some culinary areas have incorporated gold into their meals, even though gold does not have any nutritional value.