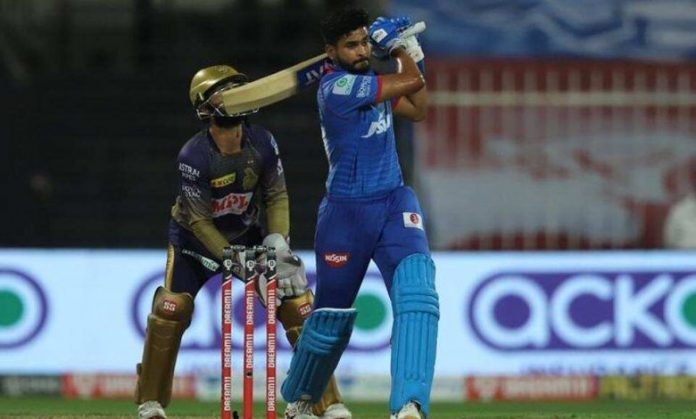 Delhi Capitals (DC) on Saturday made the most of the short boundaries on offer at the Sharjah International Cricket Stadium to score a mammoth 228/4 against Kolkata Knight Riders (KKR) in the 16th match of the Indian Premier League.

Captain Shreyas Iyer led the way with an unbeaten 38-ball 88, while DC’s top three added more than 50 runs for each wicket.

DC were on the charge from the first ball with openers Shikhar Dhawan (26) and Prithvi Shaw (66) ensuring that they cross 50 in the first five overs. Dhawan fell in the sixth over to Varun Chakravarthy, but Shreyas came in and kept the momentum going.

Iyer brought up DC’s 100 with an emphatic six over deep square-leg in the 11th over before Shaw fell in the 13th to Kamlesh Nagarkoti. It led to two relatively quiet overs before Iyer and Rishabh Pant (38) sent the ball to all parts of the ground in the death overs.

Their charge to 250 was stopped by Andre Russell. The big West Indies all-rounder dismissed Pant in the 18th and then got Marcus Stoinis (1) off the first ball of the 20th. He then gave away just seven runs in the over to keep DC down to 228.

KKR will have to break the record for the highest successful run chase to win this match, a feat that was achieved by Rajasthan Royals on the same ground last week.