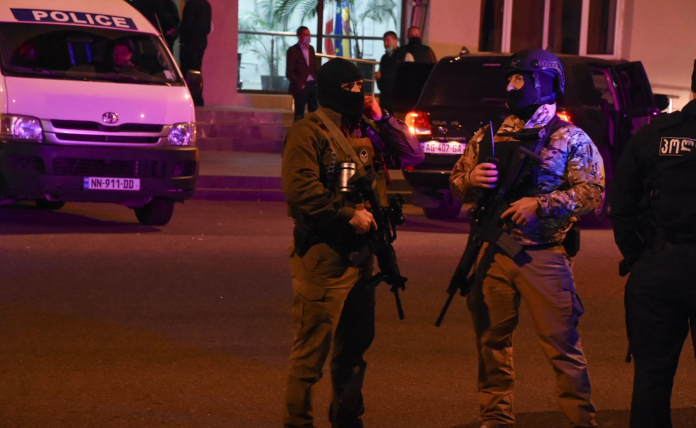 Police in Georgia were on Thursday searching for an unidentified gunman who took 43 hostages during a bank robbery and disappeared after releasing them, the interior ministry said.

The masked gunman wearing a military uniform stormed into a bank in the town of Zugdidi in western Georgia on Wednesday afternoon and demanded $500,000.

Negotiations between the gunman and police in the former Soviet republic continued into the late evening.

Hostages were released gradually during the day and most were freed in the evening after the gunman was paid a ransom.

The gunman left the bank with four hostages, including the head of the local police department who was acting as a negotiator and had brought the ransom payment.

A few hours later, the gunman released the remaining hostages and escaped.

“Law enforcers continue intensive operative-investigative and search activities in order to arrest the assailant,” the ministry said in a statement.