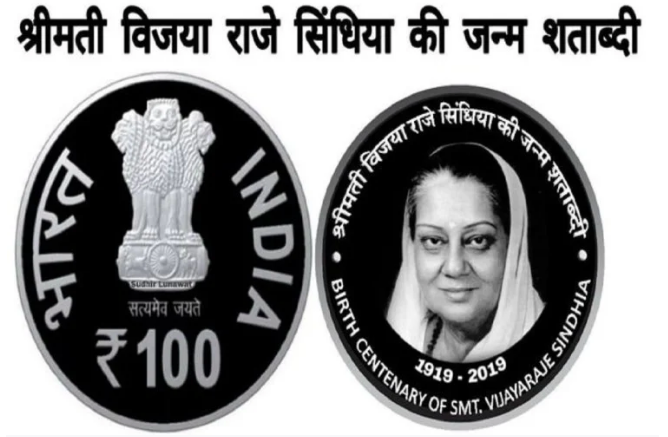 Prime Minister Narendra Modi will release a commemorative coin in the denomination of Rs 100 in honour of late BJP leader Vijaya Raje Scindia on Monday in a virtual ceremony.

Vijaya Raje Scindia, popularly known as the Rajmata, was the consort of the last Maharaja of Gwalior, Jivajirao Scindia. She was born on October 12, 1919 in Sagar and died on January 25, 2001 in New Delhi.

The coin will be released to commemorate her birth centenary. The coin was got minted by the Finance Ministry as part of these celebrations.

Family members of Scindia along with other dignitaries will also join in the ceremony from different locations across the country through the virtual platform.