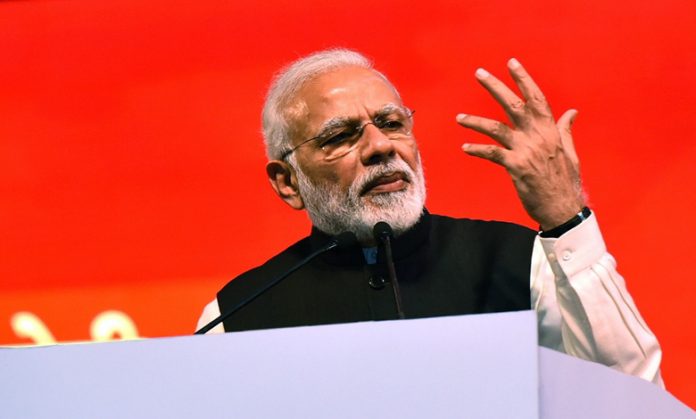 Prime Minister Narendra Modi, in a seeming dig at the Congress-led UPA government, on Tuesday said that the era of corruption running into thousands of crores is behind us.

He, however, urged the agencies to work in synergy and called for systematic checks against corruption. Modi said corruption hurts development. He was speaking at the inauguration of a conference on Vigilance and Anti-Corruption.

“In the past decades, we have seen that when one generation indulging in corruption is not given the right punishment, then the other generation commits corruption with more power. When he realises that nothing happens to those at home who earn crores of black money, he gets encouraged,” said Modi in a virtual address.

Speaking further on this topic, in what seemed to be a political dig, the Prime Minister said, “Today I am going to mention another big challenge before you. This challenge has been gradually growing in the past decades and has now taken a formidable form in front of the country. It is the dynasty of corruption. That is, corruption transferred from one generation to another.”

“Corruption isn’t a standalone challenge for us. When it comes to a country, the radar of vigilance is very wide. From corruption, economic offences, network of drugs, money laundering to terror funding, all of them are interlinked. Thus, we need to put systematic checks, effective audits and capacity building and training against corruption,” exhorted the Prime Minister.

He added that it is imperative for development that our administrative processes are transparent, responsible, accountable and answerable to the people. “Corruption was the biggest enemy of all these processes. Corruption hurts development and disrupts social balance,” he remarked.

He recalled that in one of the first decisions after coming to power, the BJP-led government decided to form a committee against black money. The formation of that committee, Modi argued, proved his government’s commitment towards fighting corruption.

Legal reforms have been introduced to improve the country’s vigilance system, he said, while adding that laws have been made on black money and benami property. “Today its example is being given in other countries of the world,” Modi claimed.

He asserted that in the last few years, over 1,500 laws have been abolished and several legalities have been eased. People who need help with pensions, scholarships, water and electricity bills, loans, passports, licenses, governmental help or opening new companies, have digital means, said the Prime Minister.

“We’re glad that the people of India have re-started trusting governmental organizations. A positivity has been created. The government has worked very hard to prove that there shouldn’t be governmental interference, nor governmental ignorance,” he said during his virtual address.