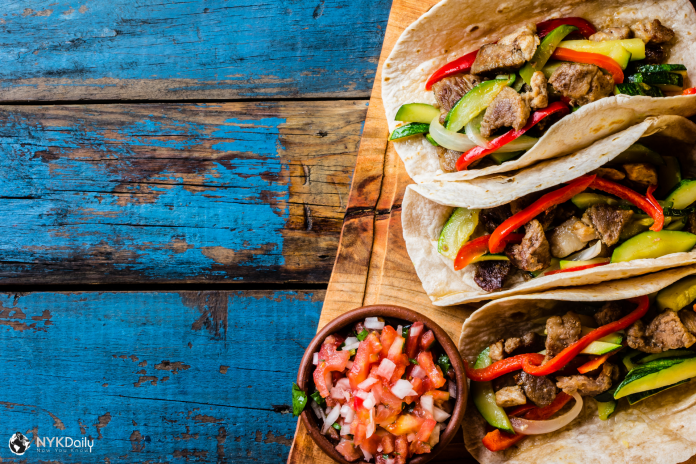 Mexican cuisine is one of the most popular in the world. The fantastic tastes, variety, and mouthwatering diversity from all corners of Mexico have made their meals’ culinary experience second to none.

The wide acceptance of Mexican food shows is another example of how delicacies from this great nation are appreciated. That said, how did Mexican cuisine originate, and what is the history behind such an alluring cuisine? This article aims to provide the most helpful answers to this vital question.

One thing that is instantly noticeable with Mexican cuisine is that it involves all the senses – smell, sight, taste, and even sound. This dates back to the pre-Columbian period when the Mayan Indians’ staple diet was based mainly on corn.

Corn was threshed and heated in water to make ‘pozole.’ Flour, tamales, and tortillas were all derived from corn. These native Indians were predominantly food gatherers and nomadic hunters. They ate the tortillas with a paste made from beans alongside other dishes like fruits, wild game, and fish.

The Aztec Empire was at the peak of its glory in the 1300s and gradually, the local Mayan cuisine changed. Even though the local corn-based staples were widely consumed, other items like salt, honey, chocolate and chilli peppers were introduced into the cuisine. Around the same time, duck and turkey were already domesticated and added to the dishes.

By the early 16th century, Mexico was under the control of Spanish invaders. It was the arrival of Spanish colonists that would leave a lasting impact on Mexico’s cuisine. The Spanish conquistadors came with novel items like cows, pigs, and sheep. They also introduced dairy products alongside garlic, several spices, herbs, and interestingly, wheat.

Mexican cuisine also came under the influence of other cultures around that same period. These were influences from the Caribbean, West Africa, France, Portugal, and South America. This explains the tremendous diversity in Mexican cuisine – there seems to be no end to what you can choose and select from a Mexican menu.

There were no ovens during the early natives, so they had to cook meals in ceramic bowls or using iron skillets on an open fire. They also employed steaming as another method of cooking. They kept the meat packed inside banana leaves, held over steam inside a pit of considerable depth. Frying was used in several regions too.

The cooking style evolved with the utilization of a great tool called the ‘metate y mano’, derived from stone or lava rock. This was used as a grinding tool, and it proved to be very useful in the kitchen. There was also the ‘molcajete’, also called mortar and pestle, a portable container made from wood, stone, marble, or even clay.

By the 17th century, Mexican cuisine had undergone tremendous changes. Salsa (which means sauce in Spanish) was available for sale in the Aztec people’s various markets. The sauce was made using big, ripe tomatoes, chipotle (regular item in Aztec dishes), tomatillo and of course, avocado. It is interesting to know that the formula has remained the same till today.

The pivotal turning point in Mexican cuisine was the introduction of chocolate by the Aztecs. The Spanish that took chocolate to Europe got it from the Aztecs in 1657. Enchilada became used in the vocabulary in the United States by 1885 but the idea of tortillas for wrapping came from the Aztecs.

The Portuguese also helped in spreading chili pepper and other cultures continued influencing Mexican cuisine. South Americans brought new fish species, ceviche came from the Incas and the Peruvians introduced oranges and other citrus fruits. Mexican cuisine today is a brilliant blend of diverse delicacies. It is a very true testament to the enduring legacy of cuisine that will keep people enthralled for years to come.