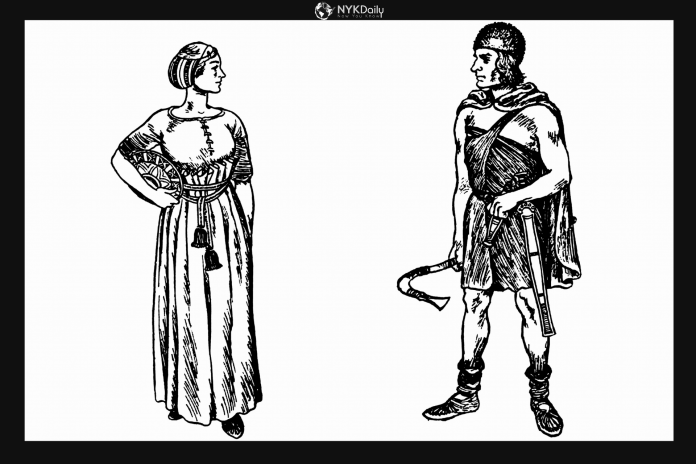 The Atuatuci people lived during the Iron Age in what is now Belgium in Europe. They were a part of the Gallic-Germanic tribes, and they are famed for their military exploits. They battled the troops of Julius Caesar from Rome during the Gallic Wars. The Gallic Wars were a string of military expeditions that Julius Caesar launched against numerous Gallic tribes, and it spanned the period from 58 BCE to 50 BCE.

During the Battle of the Sabis in 57BCE, they deployed soldiers to assist other tribes in the region who were facing a relentless onslaught from the Romans. These tribes included the Atrebates, Nervii, and Viromandui but unfortunately, help came too late and the Romans defeated them. The Atuatuci themselves would later face defeat at the hands of Romans in 57BCE in the Siege of the Atautuci, in which they were overwhelmed by the forces of Julius Caesar.

Origin of the Atuatuci Tribe

According to records from Julius Caesar himself, the Atuatuci are believed to be descendants of the nomadic Teutonic and Cimbri peoples. They had remained in the northern region when there was Gaul’s invasion in the 2nd century BCE. According to the culture of that time, Greek historian Cassius Dio also talked about the Atuatuci and compared them with the Cimbri in terms of behavior and racial similarities.

In the modern era, researchers like British historian Edith Wightman in the 1980s explained further that Caesar contrasted the Atuatuci with the other Germanic tribes and decided to classify them with the Menapii and Belgic Nervii.

History of the Atuatuci Tribe

Much of the Atuatuci tribe’s history is gleaned upon from the Gallic War by Julius Caesar and Historia Romana by Cassius Dio. One of the most remarkable points of their history includes the Battle of the Sabis, which took place in 57 BCE. This conflict was between the Belgic peoples, specifically the Atrebates, Nervians, and the Viromandui on one side and the Romans on the other side.

Even though Caesar’s troops would later achieve victory over the Nervians, it was a very tough battle. The Atuatuci were earlier rolling along with their military to help out. However, when they heard that the Nervians had been defeated, they had to beat a hasty retreat. They even abandoned their own towns and forts while withdrawing to a massive fortified settlement known as an oppidum at that time.

Caesar recollected that the tribe mocked the Romans at first. They were constructing their ramparts, a mantlet for everyone, and siege towers at a considerable distance from the oppidum. But upon seeing the approach of the battle-ready Roman soldiers armed with all kinds of siege weapons, the Atuatuci people had no other choice but to surrender. The Roman leader Julius Caesar accepted their offer of surrender and the gates of the fortress were flung open.

As Caesar did not want any mindless looting and violence from his own soldiers against the conquered Atuatuci, he ordered them to vacate the fortress. Unknown to everyone, the Atuatuci had other plans, and they seized that moment to launch a surprise attack against the Romans. They made use of shields and other weapons that they had cleverly hidden in their settlement. They fought bravely, but in the end, they were defeated by the Romans. Caesar’s Records showed that about 4,000 of the Atuatuci people were killed while those who survived, numbering over 50,000, were all turned to slaves with no exception.

Reprieve came in 54BCE when Eburone monarch Ambiorix launched an attack on Roman forces that were based in his territory. He then approached the Atuatuci to team up with him to all unite to attack the Romans. The other tribes, like the Carnuti, Senones, and Menapii, joined this doomed battle because the Romans defeated them all.

By the middle of the 1st century BCE, there was practically no mention of the Atuatuci people again. There were no traces of even their former settlement, and it seemed they never even existed – such was the fate that befell such a courageous tribe!