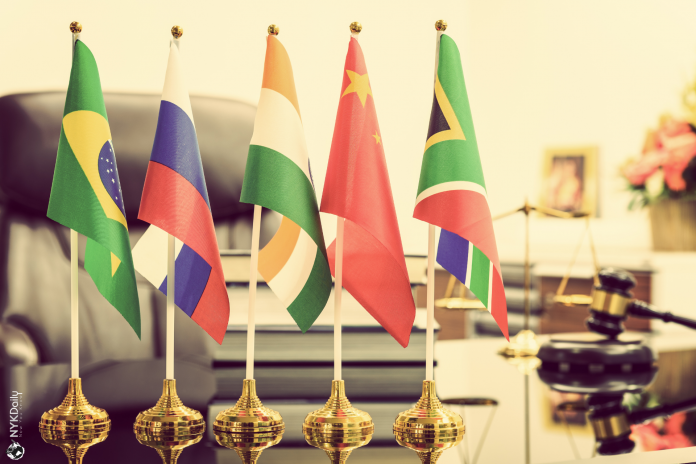 Lok Sabha Speaker Om Birla on Tuesday virtually addressed a meeting of the sixth BRICS Parliamentary Forum, which was held on the theme “BRICS partnership in the interest of global stability, general safety and innovative growth: Parliamentary dimension”.

Speaking on the occasion, Birla said that “BRICS countries need to intensify their collective fight against terrorism, which poses the biggest threat to mankind.”

He said that people’s representatives and parliamentarians can no longer be silent bystanders and that they must unite to fight the challenges of terrorism and extremism.

He emphasised that the funding of all terrorist activities must be stopped immediately and the conditions that are conducive to the spread of terrorism and violent extremism need to be addressed and resolved at the earliest.

He stressed that the Parliaments of BRICS countries must use international platforms to highlight their collective resolve to support all treaties and agreements that prevent terrorism.

The Lok Sabha speaker mentioned that the Covid-19 pandemic has caused the death of millions of innocent people, besides posing severe economic challenges.

He added that if ever there was any greater need for international unity and cooperation, then it was now.

Despite their differences, BRICS countries share a common vision of a just and fair world, free of poverty, hunger and disease,” he said.

“BRICS countries have to ensure that the outbreak of the pandemic does not jeopardise the progress towards achievement of the Agenda 2030 of SDGs and that they remain committed to work together to achieve the goals of zero hunger, poverty eradication and an inclusive and just world,” Birla said.

Birla also shared that in September 2020, the Indian Parliament had held an in-person session to enact many important legislations in order to ensure the safety of the citizens.

Addressing the forum, DMK MP Kanimozhi Karunanidhi said that the BRICS nations must come together in the global fight against terrorism with a comprehensive approach and without any double standards. She also said that any differences between sovereign nations must be resolved peacefully through diplomacy.