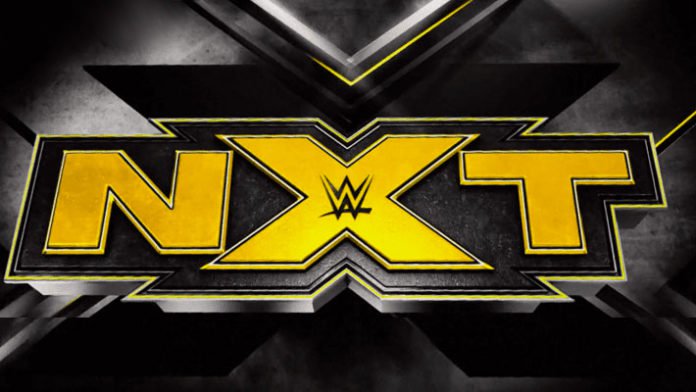 Tommaso Ciampa spent no time targeting Velveteen Dream’s cast-covered left arm in a wild bout that was breathtakingly fast-paced from the start. Kushida also targeted Dream’s wounded limb, forcing him to tap out unofficially outside the ring with an innovative armbar. Dream’s castled to Kushida’s victory, as he essentially knocked The Blackheart out with a blow to head before Kushida smartly pinned Ciampa with a German suplex in 15 minutes.

Match Review: 3.75/5. One of the better triple threat matches this year. Kushida is being pushed to the Moon, and I am not complaining. Kushida defeated Dream at the NXT Takeover, and he won again. NXT title match in the card for him. Don’t rush it, WWE.

Ember Moon seemed like she hasn’t lost a beat, beating Jessi Kamea with an unusual deathlock-chinlock combination in her first singles match in over a year. But afterward, Moon felt the wrath of Dakota Kai, who promised that Moon wouldn’t use her as a stepping stone. Ember Moon won the match in 3:15.

Match Review: 1.5/5. Dominating win for Ember, with Jessi getting her share of offense as well. Ember Moon’s submission was unique, and I am happy she has a new move in her arsenal. NXT is her home, and she’s here to make NXT women division great again.

Reed had to beat “All Day” not once but twice to close him up. First, Bronson Reed won with a top-rope Tsunami, though that only drew derision from Austin Theory, who commanded a rematch. But Reed made even more immediate work of him the second time around, pinning him after an extensive Samoan drop. Reed won for the first time in about three minutes and again in 10 seconds.

Match Review: 1.5/5. Poor Austin Theory. I haven’t seen anyone getting buried this badly in NXT. He may have pissed someone off really bad. Reed is impressive.

This Six-Man Tag Team battle broke down quick — and so did Legado del Fantasma’s strategy to surround their enemies in the ring. Jake Atlas scored a massive blow against Santos Escobar, spiking him with a cartwheel DDT on the outside, but that left Ashante “Thee” Adonis all alone in the ring for a devastating step-up kick-leg sweep combination by Joaquin Wilde and Raul Mendoza. The match ended in 15 minutes.

Match Review: 3.5/5. Good match with lots of action. Escobar is getting pushed by WWE and rightfully so. I loved watching the end sequence with a step-up kick-leg sweep. Triple-H likes booking Escobar strong.

Killian Dain may still not be the biggest fan of Drake Maverick’s choice of theme music, but Drake seems to be slowly winning over The Beast of Belfast. Chase Parker locked Dain in a single-leg crab while Matt Martel made Drake watch from ringside, but Maverick eventually broke free and wielded a chair against both opponents. Though it cost him and Dain the match, Dain was impressed by Drake’s fire. The match ended in 3 minutes.

Match Review: 1/5. Too short, but it was fun while it lasted.

Xia Li once again came up short in a match she called a “must-win,” succumbing to a crafty pinning combination by Kacy Catanzaro. Li savagely attacked her opponent afterward, but Raquel González arrived moments later to dismantle both as well as Kayden Carter, sending a message to Rhea Ripley before their match at NXT Halloween Havoc. The match ended in just 2 minutes.

Pat McAfee shockingly appeared to be in cahoots with Danny Burch & Oney Lorcan, flawlessly executing a scheme that played out throughout the night. First, Bobby Fish was found attacked backstage, then Roderick Strong, rendering Undisputed ERA unable to compete against Breezango as initially scheduled. The match ended in about 13 minutes.

Winner: Danny Burch and Oney Lorcan to win the gold

Match Review: 3/5. Unexpected results to a good match by two experienced tag team in the WWE NXT. Lorcan and Burch have turned heel, and I am curious to see how this transition works out for them.

A masked man pushed Fandango off the top rope while Burch hit Breeze with a low blow behind the official’s back, leaving him vulnerable for an assisted elevated DDT to crown The Brit-Am Brawlers as new champions.

Afterward, McAfee revealed himself as the masked man, pulling back the curtain on the trio’s ploy.