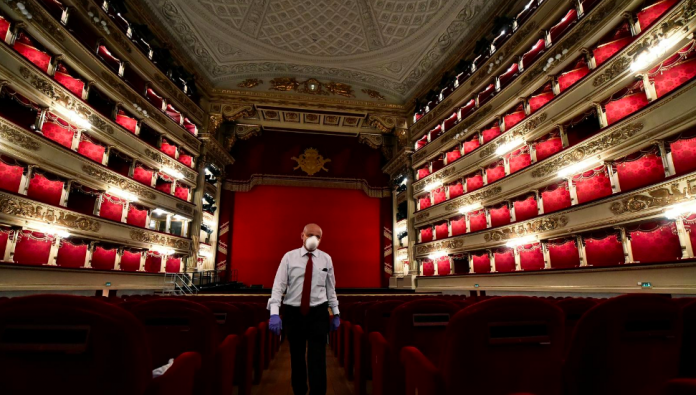 The coronavirus is battering Milan’s prestigious La Scala opera house, with 18 singers and nine musicians testing positive for the disease, an official said on Wednesday.

All the members of the chorus were in quarantine along with the wind section of the orchestra, while the theatre awaited results from tests of other staff members.

“All rehearsals have been suspended,” Paolo Puglisi, a union representative at La Scala told reporters.

La Scala reopened in July after being shut for four months during Italy’s first wave of COVID-19. This week, public performances were again suspended because of a government decree issued on Sunday that shut theatres and cinemas across Italy in an effort to contain a resurgence of infections.

The closure order expires on Nov. 24 and Puglisi said the musicians and singers had hoped the opera house would be in a position to stage its traditional performance marking the start of a new season on Dec. 7, a highlight of Italy’s cultural life.

Milan and the surrounding Lombardy region have been particularly hard hit by the virus, registering a record 7,558 new cases on Wednesday. The next worst-affected area in Italy was the neighbouring Piedmont region with 2,827 cases.