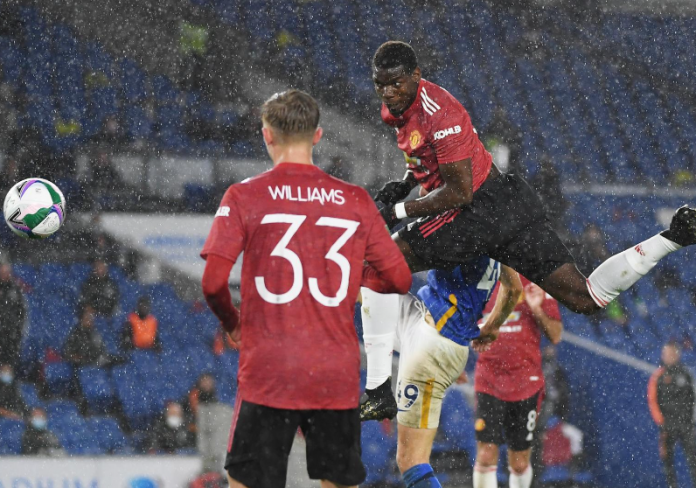 Manchester United earned their second win over Brighton & Hove Albion in five days as they booked a place in the League Cup quarter-finals with a 3-0 win at the Amex Stadium on Wednesday.

It was much more comfortable for United than Saturday’s dramatic last-gasp 3-2 league victory, Scott McTominay heading in the opener shortly before halftime before Juan Mata and substitute Paul Pogba scored in the second half.

United manager Ole Gunnar Solskjaer made 10 changes to the team that started at the weekend, with Victor Lindelof the only player to keep his place, and although United struggled for fluency they were too strong for a second-string Brighton side.

Everton striker Dominic Calvert-Lewin continued his superb form with his second hat-trick of the season as the Toffees outclassed West Ham United 4-1 at Goodison Park.

The 23-year-old took his season’s tally to eight goals in all competitions, more than any other Premier League player, and he became the first Everton player to score a hat-trick in the League Cup since Paul Rideout against Lincoln City in 1993.

This form has strengthened his case to be included in Gareth Southgate’s England squad for three internationals in October, which is due to be named this week.