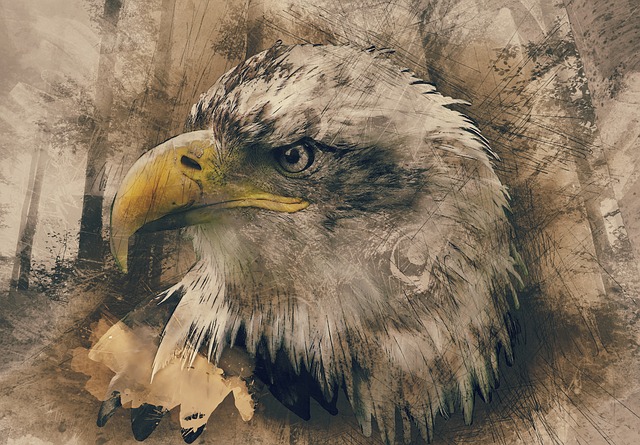 This is a new article series revolving around life cycles of my favorite animals and birds. Today, we will start with eagles.

An eagle’s life cycle is in five stages, and they are as follows: egg, hatchlings, fledglings, juveniles, and mature adults. Eagles typically start this process by constructing their nests (also called eyries) on trees of great heights or towering cliffs. It is usual for one female eagle to lay two eggs at a time, but the maximum is around four.

Incubation then follows and at this stage, the male participates by getting food for the nesting female. The hatchings come to life following the eggs’ hatching and proliferate to become young eagles or fledglings. A fledgling will stay in the nest for a few months until they are big and strong enough to fly.

Juveniles are young eagles that can fly, but they face many challenges, especially during winter. If juvenile eagles can survive this stage, they become mature adult eagles. The entire cycle takes about five years.

Eagles belong to the same biological family as the hawk, which is another well-known bird of prey. The bald eagle is the iconic representation of the United States. The golden eagle is found in North Africa, Europe, Asia, and North America, and it is the most dominant eagle variety.

Some other eagles like the African fish eagle found in Africa are solitary, and harpy eagles are found in South and Central America. There are also white-tailed eagles in Eurasia while the pygmy eagle and white-bellied sea eagle are located in New Guinea and Australia.

Eagles typically move with changes in the climate. A good example is a bald eagle that inhabits the northernmost areas of the continent during summer. During winter, the same eagle migrates to lower parts of the continent where it stays close to rivers, coasts, lakes, marshes, and reservoirs. The climate directly influences the availability of the eagles’ food and reproductive functions and explains the migratory patterns.

Eagles are powerful and massive birds of prey. They are equipped with giant heads, broad wings, sharp talons, and strong beaks, all of which are important for hunting. The eagle’s common prey includes waterfowl and little mammals like rabbits, squirrels, raccoons, and prairie dogs. Some eagle species feed on fish.

The healthy, strong, and mature eagle has no natural predator (if human beings are not considered). This is because it is more than capable of defending itself. Eggs, juveniles, hatchlings, injured or sick eagles are prone to predators like hawks, other eagles, or animals like cougars, wolves, and bears.

The eagle perches majestically at the top of the food chain, and it has no natural predators. It preys on other animals by using its strong beak and powerful talons that cut through flesh like a knife. This way, the eagle helps in maintaining the food chain and prevents overpopulation in its niche. Some eagles also consume carrion, thus adding to its role in preserving the environment.

An eagle will lay a pair of eggs, but it can lay up to two pairs at a time. It incubates the eggs for 40 days by sitting on them, and this provides warmth. The incubation length depends on the climatic factors and can vary from 30 to as long as 50 days. Some male eagles have also been spotted incubating eggs too. Males usually contribute at this stage of the life cycle by hunting rabbits and other small animals for the nesting female to eat.

Hatchlings are the newly-hatched eaglets. Hatchlings are helpless and depend totally on the mother’s eagle for food. The average weight of a hatchling is around 90 grams. The first hatchling can grow much faster than the others, and other hatchlings have to catch up, or they may starve if they remain weaklings.

Fledgling is the process of leaving the nest for the first time. The young eagles remain in the nest for up to 12 weeks. They grow enough feathers during this period until they are big enough to fly and start hunting. The fledgling will keep returning to the nest and remain with the parents for a few months while learning and perfecting its hunting and flying skills. It may depend on the adults for food. The young eagle will be fully independent after a minimum of four months.

The juvenile eagle is one that has left the nest, but it will still face challenges. Up to 70% of young eagles die during their first winter, so it is a perilous stage. Juvenile eagles will not look for a new region if the prey is abundant in its initial territory. It will take the young eagle anything from four to five years before becoming mature.

The eagle will reach sexual maturity after a period of about four to five years. An adult eagle can be enormous, having a wingspan that can be up to seven feet. It is at this stage that the eagles look for a mating pair for life. They will build their voluminous nests upon cliffs or high up in the trees. The adult eagles do not have any natural predator, and they can live for 30 years or more in the wild.