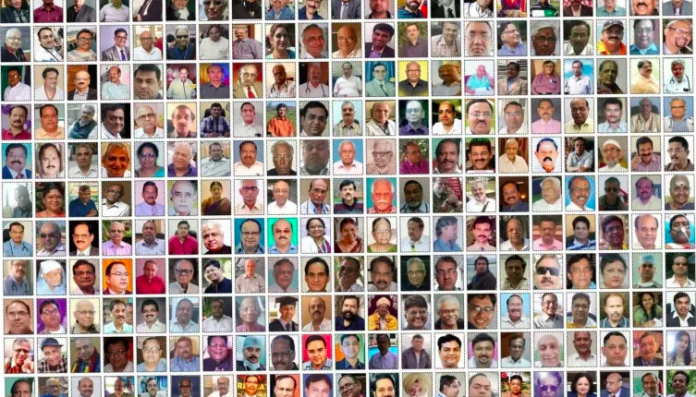 The Indian Medical Association (IMA) on Friday released a poster carrying the names and photographs of 515 doctors — 492 males and 23 females — who died on the line of duty while treating Covid-19 patients.

The poster is a tribute paid to the martyred doctors on the occasion of the 151st birth anniversary of Mahatma Gandhi, said the apex association of doctors in the country.

“IMA dedicates the sacrifice of 515 Indian doctors in the fight against the Covid-19 pandemic to the nation. We salute these martyrs, and all the nurses and healthcare workers who sacrificed their lives as well,” the message along with the poster read.

The IMA also said that as per its records, as many as 2,425 doctors have been infected by the virus till September. Here’s a break-up:

However, the association is pained by the fact that the sacrifice of the doctors’ community was not resonated by the government.

“The government does not have data on doctors who died due to Covid-19, but they managed to procure the data on the deaths of NRIs. You see where their (government) priority is,” IMA President Rajan Sharma told IANS.

Sharma’s comment was directed at the statement by the Central government where it admitted not to have maintained data of the healthcare workers who lost their lives to COvid-19.

The Central government had said in the Parliament last month that data on the number of healthcare workers infected by coronavirus or have lost their lives while on Covid-19 duty is not maintained at the central level by the Health Ministry.

“It is unfortunate that the government hails us as Covid warriors but fails to do the minimum, that is to acknowledge the warriors who have sacrificed their lives while treating patients suffering from the deadly virus,” Sharma said.

R.V. Asokan, honorary Secretary-General of IMA, said that if the government did not have the data, then at least it should consider IMA data.

“If they have doubts over our records, they can simply ask us to verify. We would do so. However, outrightly rejecting our data is a dishonour to the entire doctors’ community,” he said.

“We have sent the data thrice, but the government never acknowledged. We will not send them anymore but release them to the public so that they know the sacrifice made by our healthcare workers. The government is not the nation. Our allegiance is towards the nation and our fellow countrymen,” Asokan said.