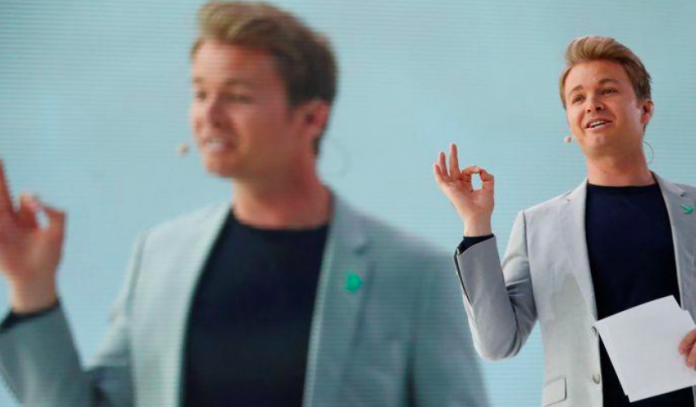 Nico Rosberg hailed Lewis Hamilton’s record 92nd Formula One win and sporting longevity as a great achievement on Tuesday but said the way the Briton was using his platform to raise awareness for global issues was just as impressive.

The 35-year-olds were team mates and fierce rivals at Mercedes from 2013 until the German won the 2016 title and immediately retired.

Rosberg was also team mate to Michael Schumacher, whose record Hamilton broke in Portugal last Sunday, at Mercedes from 2010-12 after the Ferrari great had made a comeback.

“I have huge respect for what he’s managed to achieve,” Rosberg told Reuters after a launch for the Extreme E off-road electric series that starts next year with both men entering teams.

“One thing is being at the level that he’s at, just a phenomenal driver, but then to stick in there and year-in year-out stay at that high level and be the guy to beat every year and still dominate, that’s just so hard.

“It surely will go down as one of the greatest sporting achievements in general, not only in Formula One, across all sports. I can just take my hat off to him.”

Rosberg said he was also ‘super-proud’ of having beaten someone destined to become the most successful Formula One driver of all time.

The German added that it was impossible to decide between Schumacher and Hamilton in terms of greatness and he would put them as equals.

“At the same time I think it’s really cool how Lewis is using his platform and awareness to do good in the world. He’s really looking forward, thinking about the future… I also have huge respect for that,” he added.

“Amongst all this craziness of becoming the best of all time in Formula One, he still has capacity to think of the greater picture and that I respect maybe even more.”

Formula One’s only Black driver, Hamilton has been campaigning for racial justice and wearing a Black Lives Matter T-shirt when taking a knee before races.

Last Sunday, in a television interview before the Portuguese Grand Prix, he wore a T-shirt protesting about police violence in Nigeria.

A vegan, he has spoken out for animal welfare, pushed for a more sustainable sport and set up a commission to make motorsport more diverse.

Extreme E, a series that aims to highlight the effects of climate change by racing in extreme environments, will be Hamilton’s first venture as a team owner.

Rosberg said that, while neither man would be driving, they would still be fierce rivals but sharing a common sense of purpose.

“I want to be in sustainable racing. I want to be in motorsport where the platform is being used to drive positive change,” said the co-founder of the annual Greentech festival in Berlin.

“That is the most important and crucial element for me, that we’re not just entertaining but we’re driving change. We’re using the platform to innovate technology, to raise awareness for example for climate change.

“It’s great to see Lewis following in my footsteps on the path to sustainability, which I have undertaken already since my retirement four years ago,” added the German.

Rosberg said he and Hamilton, his team mate in karting when they were 13 years old, would be just as determined to win.

“That’s the beauty of this. Our competitiveness here and our rivalry is actually the catalyst for positive change in this championship,” he said.

“We hope that, as a result of the fascinating racing and challenges and rivalries, we can raise the awareness even more and have even more impact.”