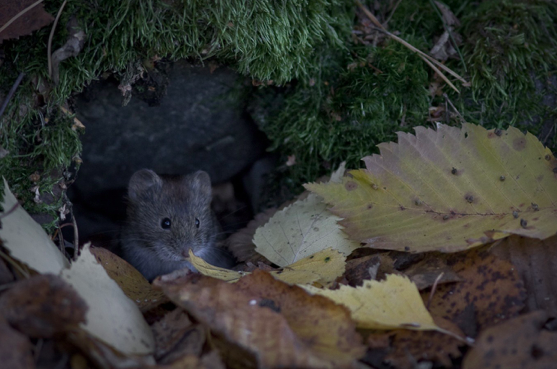 You work hard all year round to make sure your lawn looks nice. The last thing you want are pests messing it up, right?

There are lots of critters that can wreck your lawn if you’re not careful. Two of the most common lawn pests to be aware of are moles and voles.

Do you know the difference between these two creatures? Do you know how to tell if they’re the cause of your lawn care woes?

Read on for answers to these and other important questions, including 11 tips on how to get rid of moles and voles and keep them from coming back.

Difference Between Mole and Vole

For starters, let’s make sure you’re clear on the differences between moles and voles. That way, you’ll know which treatment options to focus on.

Moles are mammals that are found mainly in the eastern and northwestern parts of the United States. They have long, naked snouts and no external ears. Their forelegs are long and paddle-shaped, and fur covers their eyes.

Voles are rodents that are similar to mice. They’re found throughout the United States and are smaller than moles. Unlike moles, they have visible eyes and ears.

Voles are herbivores and only eat plants. Moles, on the other hand, are omnivores, and they primarily eat worms and grubs.

Signs of Mole and Vole Infestations

If you have a mole infestation, you’ll likely notice the following warning signs:

On the flip side, vole damage is often characterized by these signs:

Moles and voles can both cause a lot of damage to your yard. If you notice any of the signs mentioned above, it’s important to act quickly, as these pests can breed quickly and cause a lot of problems in a short period of time.

How to Get Rid of Moles and Voles

Now that you know a little more about moles and voles, let’s dive into the specific strategies you can use to get rid of them. Here are 11 options to consider if either (or both) of these pesky critters are destroying your yard:

You might have the solution to your mole or vole problem in your very own kitchen. If you have some cayenne pepper handy, try sprinkling it into the mole or vole burrows. You can also mix it with water and spray it into and around them to keep moles, voles, and other pests out of your garden.

You can also make a natural insecticide by combining cayenne pepper with garlic, vegetable oil, dish soap, and water. Spray this solution into the mole or vole burrows as an additional defense.

Moles and voles, like many other pests, are deterred by noise. Consider setting up an outdoor speaker in your garden or yard and play music or other sounds at a low volume. The sound from the speaker will scare the moles and voles away.

If you don’t want to keep a speaker running day and night, another option is to cut the tops off of glass bottles and then stick the bottles into the ground at an angle near the molehills. When you do this, the wind will create noises and vibrations that scare away the moles and voles.

Neem oil is a natural and effective tool for keeping moles away from your yard. This oil works by killing grubs and other insects in your soil. If there isn’t anything around for them to eat, the moles are going to go elsewhere and look for a new food source. For those who want to get rid of moles without causing serious harm, cutting off their food supply is a good option to consider.

Another effective oil to use on moles and voles is castor oil.

Try mixing one cup of castor oil with two tablespoons of liquid dish soap and a gallon of water. Spray this solution across your lawn, paying special attention to the grass and soil around mole and vole tunnels and burrows. Be sure to reapply this castor oil combination every time it rains.

You can also sprinkle castor seeds in your garden near mole or vole burrows. Use caution with this tactic, though, because castor seeds contain a dangerous poison called ricin. Be wary of using castor seeds if you have pets or kids running around in your yard.

Did you know that there’s actually a plant called a mole plant? This plant is attractive and self-seeding, and it does a great job of keeping moles out of your garden.

Remember, though, that mole plants are considered to be poisonous, just like castor bean plants. If you have kids or pets running around and don’t want to risk getting them sick, consider a less risky plant like the chocolate lily or garlic.

Sometimes, the solution is as simple as putting up a fence or constructing another type of barrier around your garden. If you make it harder to access, moles and voles will be less inclined to try to get into it.

Fencing and other barriers work best when they’re combined with other methods on this list. If all you have is a fence, moles and voles might be willing to risk it to get into your garden. If there are plants that are dangerous to them, though, or if you’ve taken steps to cut off grub and insect access, they’ll be more likely to steer clear.

For catching and disposing of voles, mouse traps are quite effective. You can also purchase larger mole traps that do a great job of catching and incapacitating moles. Of course, the downside to this option is that you’ll have to empty out the traps, which is not exactly a pleasant task.

Some people have found great success from sprinkling mothballs throughout their garden to get rid of moles and voles. Mothballs are chemical pesticides that are highly effective. They are also toxic, though, so homeowners who prefer a more natural approach might be wary of using them.

If you’re interested in cutting off moles’ food supply, the milky spore is a nontoxic soil organism and natural remedy that kills beetle grubs, a primary food source for moles.

Keep in mind that milky spore only works on bottle grubs. If you have lots of other food sources for moles, like worms or other insects, this organism might not be particularly effective.

Ammonia is another chemical pesticide that can kill moles and voles and keep them out of your yard. Some homeowners and gardeners pour ammonia down into mole or vole tunnels or burrows to eliminate them.

This approach is effective, but you may find the smell of the ammonia to be too harsh. It could also damage your grass or other plants that you have in your yard or garden.

If all else fails, consider hiring an exterminator and bringing them in to take care of your mole or vole problem once and for all. As the folks at Altus Pest Control have said, it’s best to find an exterminator who specializes in mole and vole removal. That way, they’ll know exactly what strategies to use to get rid of them and keep them away.

How to Keep Moles and Voles Out of Your Yard

It’s great to know how to kill moles and voles. Wouldn’t it be better if you never had to deal with them in the first place, though?

If you want to prevent future infestations, here are some steps to take to keep your yard mole and vole-free:

For most people, these strategies are sufficient. If you have a serious mole or vole infestation, though, talk to an exterminator about regular treatments to help keep them at bay long-term.

Start Getting Rid of Moles and Voles Today

Now that you know how to get rid of moles and voles, it’s time to get to work. Keep these tips in mind so you can kill moles and voles in your yard and prevent them from coming back in the future.

If you need additional help maintaining your yard or taking care of other pest issues, we have plenty of other articles available on our site. Visit the yard care section today to learn more.