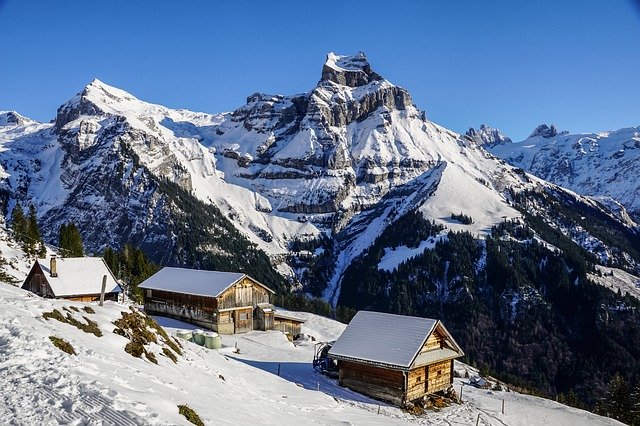 Whether you love it or hate it, there is no denying that winter brings plenty of challenges to anyone working in the great outdoors. Frozen ground, snowfall, and permanently damp or, at times, torrential conditions mean that keeping your land as functional and secure as it was in the summer months is much more difficult and time consuming.

So, as we begin to brace ourselves for another dose of rain, snow, hail, frost and ice, take a look at this guide to find out how you should be checking – and maintaining – your fences this winter.

Look for any Damage, And Repair It Sooner Rather Than Later

A slightly broken fence has a tendency to quickly turn into a severely damaged – or, even useless – fence in very little time, particularly when the weather starts to turn on us and wreak havoc on anything not up to the task of bearing its brunt. As such, it is incredibly important that you perform a thorough inspection of every line of fencing you have on your property for any signs of weakness, rot, or damage that may turn into a bigger problem come winter.

When it comes to timber fencing, any rotting will only get worse in the wintertime; damp conditions will exacerbate any existing damage, increase the spread of rot within the wood, and ensure that your fencing only grows weaker and more prone to collapsing. Untreated or raw timber fencing is much more vulnerable to this damage than timber that has been pressure treated, so always purchase your farm fencing from a supplier that offers fencing that includes strong protection against rot and damage from insects.

Similarly, any hairline cracks or holes in the wood will be made worse by prolonged rainfall, snow and ice. Recurrent expansions and contractions in the wood are common in the winter months, as temperatures drop lower in the night and climb throughout the day as the sun grows stronger, and this can make any existing damage much worse over the course of the season.

If you find rot or significant damage that could pose a problem in the colder months, then those sections of the fence may need to be replaced. Choose a pressure treated timber, as this will prove to be much hardier as the temperature drops, and we begin to experience more rain and ice.

Check That Your Fence is Secure in the Ground

Your fence should be sturdy and strong enough to withstand plenty of high speed winds without toppling over, but if it is already loose in the ground, then there is a much higher risk that it will begin to fall apart as we head into winter.

For timber fencing that has not already been undermined by rot or significant damage, you may wish to add in a concrete spur as a secondary line of reinforcement. Not only will this maintain the structural integrity of the fence, but it is a simple procedure that will prevent you from having to replace the fence posts sooner than you would otherwise need to.

For any type of fencing, wintry conditions can further undermine any loose sections. When the ground freezes over due to a heavy frost, it can expand significantly and effectively ‘push’ fencing posts closer to the surface. This is otherwise known as ‘frost heave’. Since water is denser than ice, frost will take up much more space, and is prone to destabilising a fence that would, under better conditions, have a much longer lifespan.

Ensuring that you have good drainage around your fence is one of the most effective ways of preventing significant damage as the weather turns colder; with less moisture in the soil, frost will represent much less of an issue.

Drainage will also help to keep rot levels to a minimum in timber fencing. Excessive or trapped moisture in the soil represents the biggest threat to wood, particularly if it has not been properly treated against rot.

For Electric Fences, Keep Snow Away from the Tape, Wire or Rope

Electric fencing is very durable, and can, of course, be left outside during the winter months. While, in the summer, you can work to ensure your circuit does not short by keeping grass and vegetation away from the fence, this will not pose such an issue in the winter. However, snow can short a fence if it is banked up high enough to reach the lower line; just as the electricity will earth itself through moist vegetation, so too will it be lost through the snow.

As a result, any snowfall should be dealt with quickly – clear it away from the fencing, and use a voltmeter to confirm that the electrical current is consistent across the full length of the fence. If you notice any weakness in the current, then walk the perimeter of the fence and check that there is nothing interfering with the circuit. If it is clear, then check to make sure that your energiser and, if you are using one, your battery are working properly. If you are using a solar fence energiser, it should be capable of storing energy throughout the day to see you through the long nights.

Similarly, remember to check your insulators – particularly if they are older or of a lower quality. The same issue of shorting your circuit through contact with wooden fencing stakes will present itself in the winter.

Finally, ensure that your earthing rod is located in an area less prone to freezing – or that it is protected against frost, and driven far enough into the ground that it will still be in contact with a good level of moisture. If not, the circuit will not be complete, and you may well begin to experience weaknesses or shorts in your fencing that allow animals to slip through.

Ensure Your Electric Fence is Visible to Wild Animals

Significant damage could occur if your fence is made difficult for wild animals to spot. Snowfall could create a camouflage that causes the tape, wire or rope to blend in with the surroundings, and animals – such as deer – could charge into it, which would cause them to injure themselves and do some major damage to the fence itself.

A visual deterrent, such as a signal light, will prove effective at ensuring wild animals are aware of the fence, and wary of it as a result. This light can easily be powered by your electric fence by clipping it on and driving an additional earthing rod to the ground in order to complete the circuit.

Chop Back Any Overhanging Branches

If there are any branches casting a shadow over your fence, then, as any snowfall begins to melt, this water will drip down directly onto your fence, exposing it to prolonged periods of heavy moisture. For timber fences, this can represent a significant problem – particularly if they have not been pressure treated against rot and decay.

Before the cold sets in, it is a very good idea to work on pruning back any overhanging branches that may pose a threat. Any level of gardening in the winter is much more difficult to undertake, so ensure that it is on your To Do list before the end of Autumn.

Similarly, any fallen leaves that have gathered over the autumn months will begin to rot – particularly as the amount of moisture in the air and soil increases. These can trap further moisture against the lowest parts of the fence – where the risk of rot is higher anyway – so clear these away from the fence line as soon as possible.

Any strong winds or excess weight from snow could also cause heavy branches to fall on top of your fencing, creating a much bigger and more costly problem to fix. This may also endanger any livestock you have living in your fields, which is why prevention is much better than cure.

Know What to Check Throughout the Winter Months

Replacing damaged fence posts when the ground is frozen is incredibly difficult, so preparing your fences for the winter before it arrives will not only afford you peace of mind, but also save you time and further costs.

That said, even with strong fencing in place, there are still a number of routine checks you should make throughout the course of the season in order to ensure that everything is holding up as it should. If not, you could encounter an issue that compromises the security of your property, or enables livestock to wander out of their enclosure.

Here are some of the most important checks you should be making to your fence this winter.

Winter is a challenging time for anyone working outdoors. There are plenty of issues to see to that, during the warmer months, posed much less of an issue. While a robust fence will certainly last you many more seasons to come, any weak spots will represent significant vulnerabilities when the weather turns.

See to any damage sooner rather than later, and replace it with high quality farm fencing that has been designed with adverse weather conditions in mind to ensure longevity and safety. Similarly, prepare yourself for the months ahead by following this guide, and keeping up with regular checks and maintenance before and during the first signs of bad weather

Nima Safa, Founder, and CEO at S&V Properties in Dubai, lays out tips on succeeding in real estate