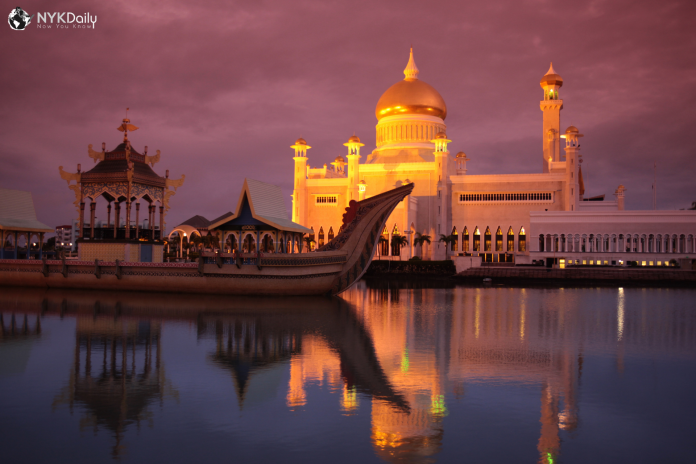 A monarchy is a system of government in which a monarch acts as the head of state. As the position is typically hereditary or family-based, the monarch remains in office until death or abdication. However, there are different types of monarchies:

This article will analyze how laws are implemented in absolute monarchies by giving illustrations.

The Vast Powers of an Absolute Monarch

Examples of Modern-Day Absolute Monarchies and How Laws Are Implemented

In the 21st century, several countries remain absolute monarchies and some of them are as follows: Eswatini, Kingdom of Saudi Arabia, Sultanate of Oman, and Brunei Darussalam.

Also called the Kingdom of Eswatini (or Umbuso weSwatini, formerly Swaziland), this absolute monarchy is located in southern Africa. It was created in the 18th century by the Swazis led by their king, Ngwane III. Today, the country is ruled by an absolute monarch, King Mswati III, who has been in power since 1986. The king appoints the prime minister, is the Minister of Defence, and also the Commander-in-Chief of the Defence Forces. Today, King Mswati III is the last absolute monarch in all of Africa.

In Eswatini, the form of monarchy is somewhat unique in that the king shares some of his absolute powers with his mother (the Queen Mother called the Great She Elephant). The King of Eswatini rules by decree, and practically all the country’s significant positions are influenced directly by him.

He also holds supreme and executive authority over the judicial system as he influences all the courts and exercises the same control over the legislature. The nation’s law and custom ensure that the king is imbued with practically all the state’s powers, and he is treated like a God on earth. The traditional title of the King of Eswatini is Ngwenyama meaning ‘lion’.

All the Kings of Saudi Arabia are from the Al Saud family and every Saudi king holds absolute power as the head of state and head of government. The king of Saudi Arabia is also the head of the Royal House of Saud and the Prime Minister. There are no political parties or national elections and the king wields absolute powers to such an extent that critics have branded it a kind of totalitarian dictatorship.

Located on the Arabian Peninsula’s southeastern coast, Oman is a powerful monarchy stretching back in time. The current Sultan is His Majesty Haitham bin Tariq Al Said who succeeded his cousin Qaboos bin Said in January 2020.

In Oman, the sultan is the absolute ruler, and there is no system of checks and balances; there is no separation of powers as all power resides with the sultan. The sultan also rules as the Commander-in-Chief of the Armed Forces, Minister of Foreign Affairs, Minister of Defence, and head of the Central Bank.

All legislations are done via the promulgation of royal decrees. Only the sultan can appoint judges, give pardons, or commute sentences for convicts. The sultan’s authority is considered to be total and inviolable, and he expects complete subordination of all Omanis to his will.

Also called the Nation of Brunei, the Abode of Peace, Brunei is situated on the north coast of Borneo, an island in southeast Asia. Its capital is Bandar Seri Begawan, and it is known for being very rich in oil reserves and, of course, because of its ruler, the sultan. The form of government is an absolute Islamic monarchy headed by a Sultan who also doubles as the Yang di-Pertuan (King) and Prime Minister. The current Sultan of Brunei is Hassanal Bolkiah, and he is 29th in a long line of Bruneian kings from the Bolkiah family.

Following his father’s abdication in October 1967, Hassanal Bolkiah became the sultan. That makes him the second longest-reigning current monarch in the world, second only to Queen Elizabeth II of England. As a sultan, he exercises full executive authority in addition to emergency powers.

He heads the government as Prime Minister and holds a position as the Minister of Finance, Minister of Defence, Inspector General of Police, and the Supreme Commander of the Royal Brunei Armed Forces. He is also the Amir or Head of the Islamic faith in the country.