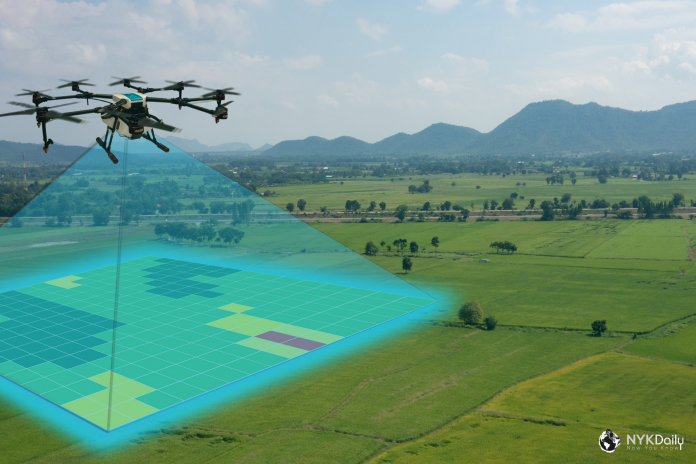 Drones have truly revolutionized the way we do things nowadays. These uncrewed aerial vehicles are used in many sectors like agriculture, military, research, photography, etc. However, drones also play a large role in wildlife monitoring and conservation.

Drones and the Environment Today

Recently, ecologists are making greater use of drones for the gathering and capturing of data. These scientists have used crewless aerial vehicles to study polar ice caps, track elephants in Africa, collect remains of sharks or even inject injured rhinos with tranquilizers so they can be given proper treatment.

The use of these aerial vehicles in ecology is so widespread today that it is practically impossible to think of wildlife population monitoring and conservation without using specialized drones. These drones are now referred to as conservation drones in some circles within the scientific community.

Species remain vulnerable or threatened in various parts of the globe, and one of the ways to stem their decline is to do constant monitoring. Monitoring wildlife used to be a very hectic and stressful process until the advent of drones. Scientists take wildlife monitoring very seriously, and because of the many advantages conferred by the drones, they are making more use of the UAVs.

Scientists now observe species in the wild using aerial vehicles. Older methods of doing this observation were considered changing the animals’ environment or even causing them unnecessary stress. This is not the case with the use of a conservation drone.

A conservation drone allows for smooth monitoring of wildlife, and it is done in such a way that no wildlife is disturbed, but that is not the only benefit that comes with using drones in this aspect. There is also a greater degree of efficiency as more distances can be covered by the drone than scientists walking on the ground or even using a vehicle. What will take a group of biologists days to count will be done by a drone in a matter of a few hours.

In addition to this, this aerial wonder can also be used over land and water while covering vast areas of wildlife. Drones have allowed researchers to properly examine the health status of the animals, carry out censures, observe and track migration routes or patterns and even monitor the population trends over time.

Geographic mapping is another area of conservation and wildlife monitoring where drones have gained a lot of ground. They are used for aerial imagery, and this gives scientists data of unmatchable quality. The images that are captured by these drones are joined together to make huge maps. These maps are very detailed and can be used to map ecologically-important areas like forests, water bodies, parks, mountain ranges, wildlife safe zones, and so on. Activities like deforestation can be instantly spotted using these images taken by the uncrewed flying vehicles.

Deforestation is one of the biggest challenges that conservationists are trying so hard to control, but with drones, there is a greater efficiency level for them. It is of extreme importance that forests be conserved because they provide habitat to species of all kinds and assist the planet in soaking up carbon dioxide, which harms the ozone layer. These same forests also produce oxygen, which sustains life on earth. Hence, it is clear that these drones are a lot more important in maintaining life on earth than many think.

Drones help in the enforcement of ecology-related laws, and one of the ways this is achieved in using drones is that they capture the heat signatures. These heat signatures show the activities of poachers and those who engage in wildlife trafficking.

Governments and authorities worldwide have put rules and regulations in place to control and eliminate destructive activities like poaching, illegal fishing, wildlife trafficking, and so on. Regular drone patrols have helped dramatically in the enforcement of laws put in place to tackle these activities.