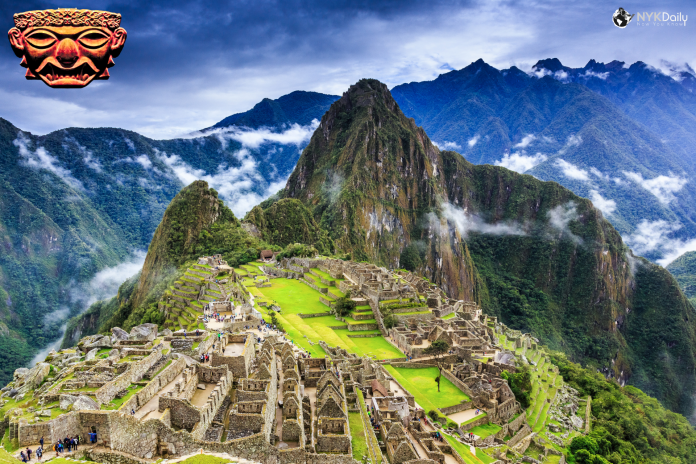 Referred to as the Incan Empire or Inka, the Inca Empire reigned as the largest realm in all of pre-Columbian America. It had its military, political and administrative headquarters located in the city of Cusco.

The Incan civilization is believed to have started from the mountainous ranges of Peru in the beginning of the 13th century. In the Quechua language, the empire is referred to as Tawantinsuyu, which translates to ‘Realm of the Four Parts.’ In some other instances, the Inca Empire, which lasted from 1438 to 1533, was called Tahuantinsuyo, with the Sapa Inca being the emperor.

Origins of the Inca Empire

Before establishing the Andean civilization of the Incas, there have been several civilizations in the past. However, the Inca Empire’s origins can be traced back to the 12th century when the Incas were working living as pastoralists surviving on animal husbandry in the Cusco region.

The oral narrations from Peru regarding the Inca Empire’s origins named three caves, namely Tambo Tocco, Maras Tocco, and Sutic Tocco. It is believed that four brothers and four sisters emerged from the central cavern, and it is thought that these were the ancestors of the Inca people and the founders of the Inca Empire.

The empire commenced as a relatively compact Kingdom of Cusco, which was formed by Manco Capac. By 1438, there were already expansionist moves by the king named Sapa Inca Pachachuti-Cusi Yupanqui, and it was this emperor who turned the Kingdom of Cusco into the Inca Empire. Under him, much of what is now Peru fell under the control of the Incas.

In the Inca Empire, the official language was Quechua. However, some other common or regional languages like Muchik, Aymara, Jaqi, Puquina, and several others also existed.

At its peak in 1527, the Inca Empire had 10 million people spread over 2,000,000 sq km of its territory. Some other records put the population as high as 37 million. A unique thing about this civilization is that they kept very detailed records of their population in special knotted strings known as quipus. The Incas that ruled over ten million people formed a very tiny minority of the population. The Incas in all of the empire numbered just about 15,000.

The Incas made use of central planning of the system for the management of their economy. The empire had vibrant trading links with other regions in the neighborhood. Along the coasts in the northern sections of the kingdom, ax-monies made of bronze were used for trading. Most of the population depended on agriculture and other traditional activities.

The empire raised money via an elaborate taxation system; taxes were payable in the form of labor, barter, or even service in the military. The realm provided essential services like food, aqueducts for farming purposes, and other people’s provisions.

At the top of the pyramid of political power was the emperor, who reigned as the Sapa Inca. Next to him was the Willaq Umu, who held sway as the Chief Priest or the Sun’s High Priest. But under the Sapa Inca was the Inkap rantin, who worked as a Prime Minister.

Then there was a council known as Realm Council, and it was made up of 16 nobles from different parts of the empire. Each empire’s political region had subdivisions named Hanan and Hurin, each contributed representatives to the Realm Council.

For the Incas, architecture was fundamental, and this manifested in their construction. Of all the architectural wonders of the Incas, none is more majestic than the Machu Picchu.

Constructed by Inca engineers in the 15th century, the Machu Picchu baffles everyone till today. It is an entire city on its own located at the height of almost 8,000 feet. It is now in the Urubamba Province of modern-day Peru.

The sun was at the center of religion and worship. The overall ruler (Sapa Inca) was believed to be a divine ruler, head of the state religion, and a direct descendant of the sun who ruled by sacred rights. Overseeing the religion after the Sapa Inca was the chief priest called the Willaq Umu, generally regarded as the second most influential figure in the empire.

There were sacrifices and worship sessions at several holy sites like the Oracle in Pachacamac, which is now in modern-day Peru. Incas were polytheists who believed in many gods, goddesses, and deities.

They had Viracocha (also known as Pachacamac and worshipped as the ultimate creator of the Universe), Apu Illapu, the rain God that they prayed to when they needed rain, Ayar Cachi, the furious god responsible for earthquakes, Inti, the sun god, and protector of Cusco (hence called the home of the sun), Illapa the goddess of thunder and lightning and many others.

The Inca Empire had the Sapa Inca as the ultimate earthly ruler. In practice, it was a federation that had four units, namely Chinchay Suyu, Qulla Suyu, Anti Suyu, and Kunti Suyu. All these four regions converged at the center in Cusco.

Cusco itself was the seat of political, administrative, spiritual, and military power, and apart from being the capital of the empire, it was also the base of the Incan Emperor. Cusco was governed by the Sapa Inca, his family members, and other royal families. The empire was divided into several political units called suyus. An Apu, typically high-ranking men, headed each suyu.

A resilient empire, the Inca Empire maintained what was the most powerful military at that time. The commander in chief of the Inca army was the Sapa Inca. The military was made up of soldiers who came from different ethnic groups, and anyone could be drafted into military service at any time. No part of the empire escaped contribution to the military.

Weapons were mainly arrows, clubs, throwers, spears, maces with heads made from bronze or copper, etc. The massive size of the Inca army also worked to their advantage. The Incas fought several battles, and one of the most remarkable ones is the battle they fought with the Mapuches.

The sun began to set on the great Inca Empire when a civil war broke out in 1532 between the princes. Around that time, conquistadors from Spain led by none other than Francisco Pizarro had already reached the empire and had set their eyes on its great wealth. Pizarro got approval from the Queen of Spain in 1529 to conquer the Inca Empire.

Even though Pizarro led his forces to attack the empire, what triggered the Inca Empire’s decline was a devastating outbreak of diseases like smallpox, measles, typhus, and influenza. The resilient Incas initially defeated the Spanish in the Arauco War. On the 15th of November, 1532, in the Battle of Cajamarca, Pizarro led an ambush to capture Atahualpa’s Inca ruler. He was later executed, effectively signifying the end of the Inca Empire.