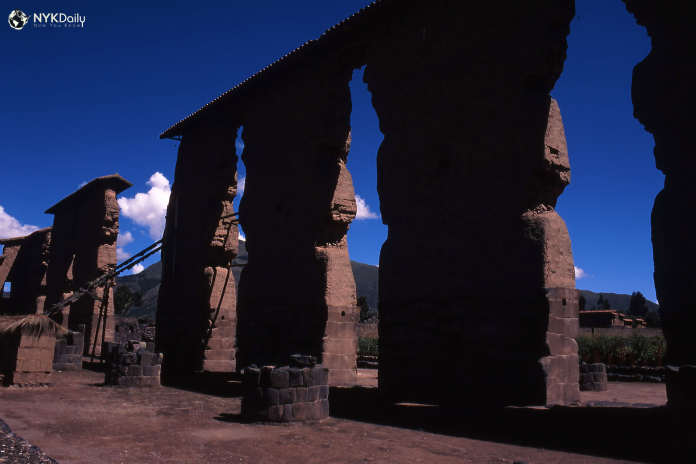 The Norte Chico civilization was a pre-Columbian-era community that included 30 major population centers in the Norte Chico region of present-day north-central coastal Peru. The civilization thrived between the fourth and second millennia BCE, with the first city’s formation generally dated to around 3500 BCE, at Huaricanga, in the Fortaleza area.

From 3100 BC onward, communal construction and the large-scale human settlement became apparent, which lasted until a period of decline around 1800 BCE. Since the 21st century, it has been established as the oldest known series of kingdoms in the Americas.

The Norte Chico sites’ dating has pushed back the supposed beginning date of heterogeneous societies in the Peruvian area by more than one thousand years. The Chavín culture, which flourished in 900 BCE, had long been considered the area’s first civilization. However, the new research suggests Norte Chico, the oldest in all of the Americas.

The identification of Norte Chico has also changed the focus of research away from the Andes and lowlands near the hills (where the Inca and Chavín had their important centers) to the Peruvian littoral, or nearshore regions. Norte Chico is situated in a north-central area of the coast, around 150 to 200 km north of Lima, irregularly bounded by the north’s Casma Valley and the Lurín Valley on the south. It comprises four coastal valleys: the Supe, Huaura, Fortaleza, and Pativilca; known sites are centered in the latter three, which share a standard coastal plain. The three major valleys cover only 1,800 km², and research has highlighted population centers’ density.

Compared to other world centers, the Peruvian littoral appears to be an “unlikely, even aberrant” candidate for civilization’s “pristine” development. It is exceptionally arid, bounded by two rain shadows (caused by Pacific trade winds to the west and the Andes to the east). The region is embraced by more than 50 rivers that carry the Andean snowmelt. The rise of extensive irrigation from these water sources is seen as crucial in the emergence of Norte Chico; since all of the monumental architecture at different sites has been found close to irrigation currents.

The radiocarbon work found that 10 of 95 samples taken in the Fortaleza and Pativilca areas dated from before 3500 BCE; the oldest, recording from 9210 BCE, provides an “insufficient proof” of the human population during the Pre-Columbian Early Archaic era. Two dates of 3700 BCE are connected with communal architecture but are likely to be exceptional. It is from 3200 BCE onward that large-scale human settlement and collaborative construction are apparent. In a fascinating survey of the literature in 2005, a researcher proposes “sometime before 3200 BCE, and possibly before 3500 BEC” as the Norte Chico formative period’s commencement date. He notes that the oldest date securely associated with a city is 3500 BCE in the Fortaleza area of the north and Huaricanga.

Early-third-millennium dates suggest that the evolution of inland and coastal sites occurred in parallel. From 2500 to 2000 BCE, the development and population decisively shifted toward the inland sites during the period of most tremendous expansion. All development occurred at massive interior places such as Caral, though they continued to depend on shellfish and fish from the coast. The peak in dates shows habitation from 2627 BCE to 2020 BC.

In 1800 BCE, the Norte Chico civilization began to fail, with more stalwart centers appearing to the north and south along the coast and the east inside the Andes’ belt. Norte Chico’s triumph at irrigation-based agriculture may have added to its being eclipsed.

How did Norte Chico Rule?

Government: The Norte Chico kings were indeed theocratic. Construction areas show potential evidence of feasting, which would have included alcohol and music, suggesting an elite to reward and mobilize the population. The degree of centralized authorization is difficult to ascertain. Still, architectural construction models are symbolic of a nobility that, at least in certain places at certain times, wielded significant power: while some of the monumental architecture was constructed incrementally, other buildings, such as the two central platform mounds at Caral, appear to have been built in one or two intense development phases.

The economic authority would have revolved around controlling cotton and edible plants and related trade relationships, with the head centered on the inland sites. The range of this economic power base may have grown extensively. There are only two known shore sites in the Norte Chico (Bandurria and Aspero) and probably two more, but domesticated plants and cotton fishing nets have been found up and down the Peruvian coast. The important inland centers of Norte Chico were likely at the center of a widespread regional trade network focused on these resources.

Leaders’ ideological influence was based on possible access to deities and the supernatural. Proof regarding Norte Chico religion is limited: an image of the God, a leering figure with fangs and a hood, has been found on a gourd dated 2250 BCE. The Staff God is a principal deity of later Andean cultures, and Winifred Creamer suggests the worship of familiar symbols of gods.

Norte Chico sites are known for their consistency in areas with monumental architecture. The density of places in such a small region is globally unique for early developing civilization. During the third millennium BCE, Norte Chico may have been the most densely populated area globally (excepting, possibly, North-Western India).

The following is a list of archaeological sites of the Norte Chico civilization: