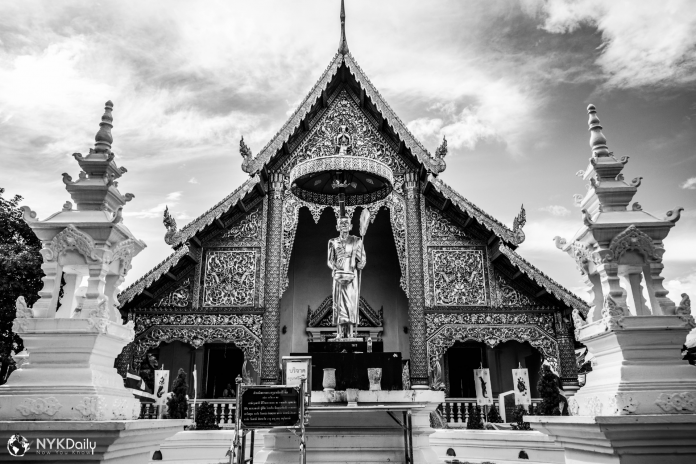 Ba was an ancient state in eastern Sichuan, China. Its capital was Enshi City (Yicheng), Hubei. Qin conquered ba in 316 BC. The traditional Bo tribes and the modern Tujia people trace some of their roots back to the people of Ba.

The earliest indication of social settlement in the province is found at the Heliang site near Fengdu and recorded 15,000 years ago. A neolithic site found at Daxi records from 5000 to 3000 BCE, while a late neolithic site was discovered at Zhongba in Zhongxian.

According to the account of the Later Han, the founder of Ba was Lord Lin. In this description, there were initially five clans: the Fan (樊), Ba, Shen (瞫), Zheng (鄭), and Xiang (相), and they organized a competition to decide who would be the chief.

The clans did not yet have a head, but simply worshiped the spirits and ghosts, and so they made a bargain: whosoever could throw a dagger and have it lodge in a unique stone hole high up a mountain would be chief. Of all the contenders, only a son of the Ba tribe, Wuxiang, completed the target, and when he did so, all present gasped with approval. Again they made a competition, giving each contestant a swearing and rustic boat, “he who keeps himself loose [on these rough waters] shall be the leader!” Again Wuxiang won, while all the other ships sank. So they made him chief, considering him Lord Lin.

Lord Lin led the tribe to settle in Yicheng in present-day southwestern Hubei around Sichuan. The first Ba center in Sichuan was Zhi (also called Peiling), reputedly the oldest Ba kings’ burial ground. The Ba incorporated other tribes it met, such as the Zong (賨), Pu (濮), Gong (龔), Ju (苴), Nu (奴), Yi (夷), Rang (獽), and Dan (蜑) tribes. Therefore Ba was deemed a confederation of numerous groups. For instance, the Pu was a comprehensive tribe extending from Henan to Guizhou and attributed to as the Hundred Pu (百濮) due to their distinction. The Ju was a state in north-central Sichuan, while the Dan were said to live on the water, and the Rang were a tribe from the southeastern part of the Ba state known for their hill burials.

Namings of a “Ba country” emerged in the Shang dynasty oracle bones from the 13th century BCE, where the Shang King considered attacking the Ba. Ba’s state may have helped the Zhou dynasty overthrew the Shang at the Battle of Muye in 1046 BCE. However, Ba’s first absolute appearance in documented history occurred in 703 BCE; the Zuo Zhuan covers that Ba took part in a joint military exercise with the Chu against Deng. Although the Chu sometimes infringed on Ba territory, Ba maintained a complicated relationship with the Chu, with active trade and marriage bonds. The Chu also employed many Ba mercenaries as an army in its group. This exercise sometimes caused problems for the Chu; in one example, Ba mercenaries hired by the Chu opposed and attacked the Chu capital in 676 or 675 BCE.

In 316 BCE, Zu and Ba allied with Qin to attack Shu. However, after Shu’s successful conquest, Qin instantly turned on its two allies and defeated the last Ba king. The Ba state was annihilated and reformed into a Qin commandery. Unlike Shu’s control, Qin let the Ba kings retain direct rule and did not push the Qin people’s large-scale immigration into the Ba region. The Ba elite would later be forcefully marginalized through a strategy of divide and rule. This was the first recorded example of divide and rule policy employed.

The tiger was a vital part of Ba faith, with the white tiger being held in the greatest esteem. According to myth, the Ba’s first king, Lord Lin, evolved into a white tiger upon his death. Tiger motifs are found in Relics from Ba archaeological sites. Archaeological records suggest that the Ba people may have practiced human sacrifice, which History indicates was made to Lord Lin’s white tiger spirit.

Warfare played an essential role in Ba society. Their warriors were often used as mercenaries by other states; they performed a role in the destruction of Xiang Yu by Liu Bang (later Emperor Gaozu of Han), and later served the Han dynasty.

Weapons were widespread in Ba grave goods, some with notable curved blades. Other unique features of Ba culture include their boat-shaped coffin burials and employing Ba-style bronze drums (similar to Đông Sơn drums) covered with the structure of a tiger to interact in battle. As in other states of old China, they made excellent bronze dings or sacrificed tripods, sometimes writing on them.

The Ba people were known for their musical abilities and gave the Chinese a unique music style and dance that was widespread for centuries. Extensive representations of the dance involved weapons to the music of drums and songs in the Ba language. It remained prevalent throughout the Tang dynasty and extended as far as Central Asia.