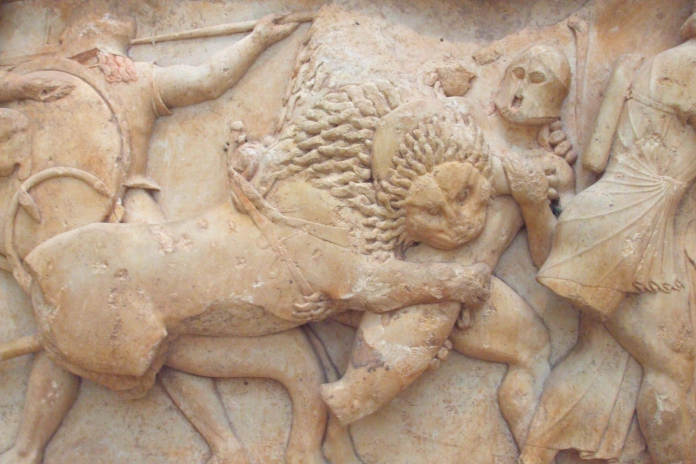 The First Jewish–Roman War, also called The Jewish War or The Great Revolt was the first of three significant resistance by the Jews against the Romans, fought in Roman-controlled Judea, resulting in the slaughter of Jewish towns, the removal of its people, and the allocation of land for Roman military use, besides the elimination of the Jewish Temple and republic.

The Great Revolt started in 66 CE, during the twelfth year of Nero, beginning in Roman and Jewish orthodox tensions. The crisis intensified due to anti-taxation demonstrations and strikes upon Roman citizens by the Jews. The Roman administrator, Gessius Florus, answered by pillaging the Second Temple, declaring the capital was for the Emperor. The next day, he also launched a city raid, seizing numerous senior Jewish figures. This prompted a more expansive, large-scale rebellion, and the rebels soon overran the Roman military garrison of Judaea.

In contrast, the pro-Roman king Herod Agrippa II, with Roman officials, escaped Jerusalem. As it became clear the revolution was getting out of order, Cestius Gallus, the legate of Syria, ordered the Syrian army to reestablish order and stop the revolt. Despite initial progress and Jaffa’s conquest, the Syrian Legion was entrapped and overwhelmed by the Jewish army at the Battle of Beth Horon, with over 7,000 Roman casualties and the Legion’s Aquila lost.

In 66, the Judean provisional assembly was formed in Jerusalem, including former High Priest Ananus ben Ananus, Joshua ben Gamla, and Joseph ben Gurion elected as leaders. Yosef ben Matityahu (Josephus) was chosen the rebel head in Galilee and Eleazar ben Hanania as the Edom commander. Later, in Jerusalem, an attempt by Menahem ben Yehuda, the Sicarii leader, to take control of the city failed. He was hung, and the remaining Sicarii were expelled from the town. Simon bar Giora, a peasant leader, was also dismissed by the new government.

The experienced and modest general Vespasian was given Nero’s task of crushing the revolt in Judaea province. Vespasian’s son Titus was named as second-in-command. Given four legions and aided by forces of King Agrippa II, Vespasian invaded Galilee in 67. Avoiding a direct attack on Jerusalem’s fortified city, which was guarded by the main rebel force, the Romans launched a relentless campaign to abolish rebel strongholds and fix the population. Within several months Titus and Vespasian took over the major Jewish strongholds of Galilee. Finally, they overran Jodapatha, which was under the leadership of Yosef ben Matityahu, and subdued Tarichaea, which concluded in Galilee.

Driven from Galilee, Zealot rebels and hundreds of refugees arrived in Jerusalem, creating political turmoil. The confrontation between the mainly Sadducee Jerusalemites and the chiefly Zealot factions of the Northern Revolt under the supervision of John of Giscala and Eleazar ben Simon erupted into blood-soaked violence. With Idumeans accessing the town and fighting by the side of the Zealots, the former high priest, Ananus ben Ananus, died, and his crew suffered severe casualties. Simon bar Giora, driving 15,000 militiamen, was then called into Jerusalem by the Sadducee leaders to stand against the Zealots, and soon took control over much of the town. Bitter infighting between factions of John, Simon, and Eleazar followed through the year 69.

After a pause in the military operations, owing to political turmoil and civil war in Rome, Vespasian was called to Rome and selected as Emperor in 69. With Vespasian’s departure, Titus moved to blockade the rebel resistance center in Jerusalem in the early 70. The first two Jerusalem walls were penetrated within three weeks, but a headstrong rebel standoff prevented the Roman army from breaking the third and thickest wall. Following an unmerciful seven-month siege, during which Zealot infighting resulted in the burning of the town’s food supplies, the Romans finally succeeded in breaching the lost Jewish forces’ defenses the summer of 70. Following the fall of Jerusalem, in the year 71, Titus left for Rome, leaving Legion X Fretensis to destroy the remaining Jewish strongholds, including Machaerus and Herodium, finalizing the Roman battle in Masada in 73–74.

As the Second Temple in Jerusalem was slaughtered, one of the events commemorated on Tisha B’Av, Judaism fell into trial with the Sadducee movement plunging into uncertainty. However, one of the Pharisaic sages, Rabbi Yohanan ben Zakkai, was hidden away from Jerusalem in a coffin by his students during the Titus offense. The rabbi obtained consent to establish a Judaic school at Yavne, a significant center of Talmudic study. This became the crucial mark in Rabbinic Judaism expansion, allowing Jews to continue their religion and culture without the Temple and virtually even in the diaspora. Despite the eruption brought by the revolt and the burning of the Temple, Jewish life continued to flourish in Judea.