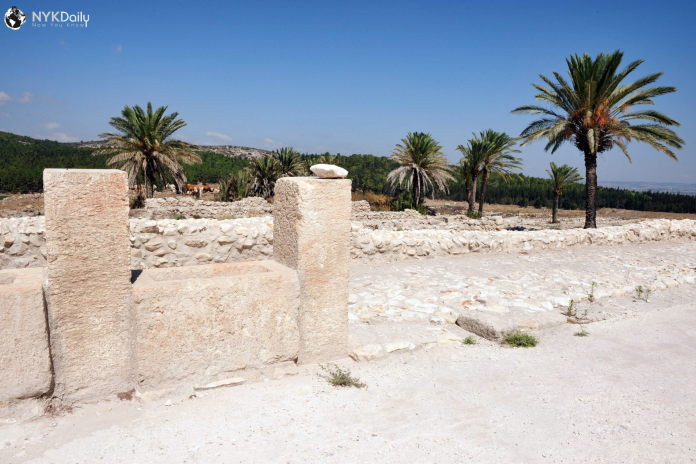 This Battle of Megiddo is reported to have taken place in 609 BCE when Egypt’s Pharaoh Necho II commanded his army to Syria (Carchemish) to join with his allies, the declining Neo-Assyrian Empire, against the aggressive Neo-Babylonian Empire. This required passing through a region controlled by the Kingdom of Judah. The Judaean king Josiah denied passage to Egyptians. The Judaean forces fought the Egyptians at Megiddo, resulting in Josiah’s death and his state becoming a vassal state of Egypt. The battle is recorded in the Greek 1 Esdras, the Hebrew Bible, and Josephus’s writings.

The story is told in 2 Kings 23:29–30 (written the mid-500-BCE). The Hebrew text here has been confused and translated as Necho going ‘against’ Assyria. However, most modern translations try to correct this passage by considering what we now know from other ancient sources: Assyria and Egypt were then allies. The text also does not directly mention a ‘battle,’ yet some new versions add the term ‘battle’ to the book.

‘In his days, Pharaoh Neco, king of Egypt, went up to Assyria’s king to the river Euphrates. King Josiah went to join him; Pharaoh Neco slew him at Megiddo when he saw him. And his attendants carried him dead in a chariot from Megiddo, brought him to Jerusalem, and buried him in his tomb.’

After all this, when Josiah had set the pantheon in order, Egypt’s king came up to battle at Carchemish on the Euphrates, and Josiah went out to interlace him. But Neco sent envoys to him, saying, “What have we to do with each other, O King of Judah? I am not coming against you today but against the house with with war, and God has commanded me to hurry. Stop for your own sake from meddling with God who is with me, so that He will not destroy you.” However, Josiah would not turn away from him but concealed himself to make war with him; nor did he listen to Neco’s words from God’s mouth but came to make war on the plain of Megiddo. The archers shot King Josiah, and the king said to his helpers “Take me away, for I am badly injured.” So his servants took him out of the chariot and carried him in the second chariot he had, and brought him to Jerusalem where he died and was buried in the tombs of his fathers.

Location of the battlefield

A view at the geography of the place around the town will assert that Megiddo is a tiny rise among others on a small raised plateau close to a considerable level tidal plain large enough to hold many thousands of troops. It doesn’t overwhelm the surrounding area, it is not a direct target, yet it is useful as a garrison and has a water source from the river Kishon. This describes why Josiah used the region to mask his plan as he attempted to attack the Egyptian army that was traveling furiously engage the Babylonians in Mesopotamia.

Judah fell under Egyptian influence and control. On returning from Mesopotamia and Syria, Necho II conquered and dethroned Jehoahaz, Josiah’s son, who had just replaced his father on the throne. The pharaoh demanded a tribute of 100 silver and gold (about 34 kilograms (75 lb)) upon the kingdom and appointed Jehoahaz’s brother Eliakim as the new king. Necho also forced a change of name for the new king and officially, he became a Jehoiakim. Jehoahaz was taken as a prisoner to Egypt, where he became the first king of Judah to die in prison.