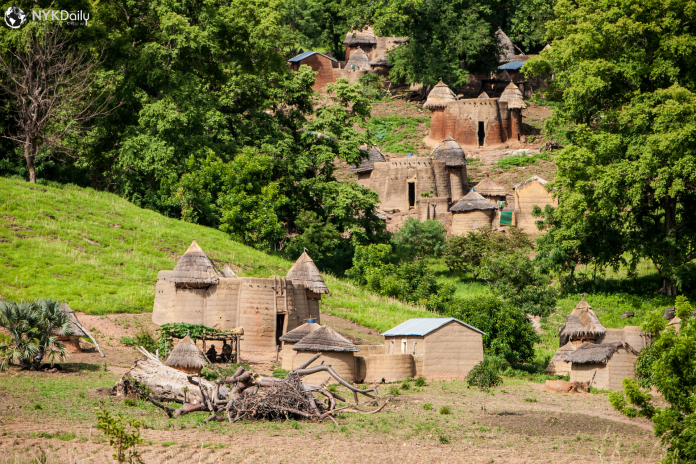 The Battle of Atakpamé in 1764 was an armed dispute between the Ashanti Empire and adjacent Akan Allies under the influence of the Akyem Kingdom, who joined the Oyo Empire and the Kingdom of Dahomey in Togo’s Atakpamé.

During the mid-18th century, the Ashanti Empire was plagued by a series of rebellions. This was primarily due to the kingdom’s policy of letting conquered leaders a fair amount of sovereignty as long as they paid tribute and presented military contingents when ordered. During this period, the Asantehene was Kusi Oboadum, who had scaled the throne in 1750CE.

During his rule, the southern and south-eastern states under Asante’s influence, such as Wassa, Denkyira, Akyem, and Twifo, became openly antagonistic and endangered the empire’s trade routes to the coast. This was not only a menace to Asante’s economic interests but to its national security since its firearms supply came from the waters.

In 1763CE, the Asante vassal kingdom of Akyem under its Ruler Pobi Asomaning II, the Okyenhene, met the Kingdom of Dahomey while planning a revolt with other nonconformists within the empire, including the Brong and Kwahu.

Meanwhile, the bantamahene, one of the senior Asante military officers, had been continuously pressuring Asantehene Kusi Oboadum for combat. Bantamahene Adu Gyamera had even tried to intimidate the ruler’s impeachment in order to push him to wage war. However, the asantehene did not order an invasion until learning that the Akyem had sought out the Oyo Empire’s assistance.

Sometime in 1764, the Ashanti army moved out to invade Dahomey. The exact size of either force is unknown. However, historians are sure that the Ashanti army was entrapped in or near Atakpamé in what is now Togo. A squad of Dahomean infantry, including the kingdom’s elite Ahosi corps of female soldiers and levies from the Oyo Empire crushed the Ashanti army. During the battle, the Juabenhene (head of the royal clan of Oyoko) was mutilated. The Ashanti army never penetrated Dahomey and was forced to retreat.

News reached European merchants trading with the alliance that Ashanti had suffered a severe defeat. The consequences were grave – the obnoxious asantethene was eliminated and replaced by the more vigorous Osei Kwadwo. There were fewer documented confrontations between Dahomey and Ashanti in the early 19th century, and peace was the norm between them. This particular battle caused Asanteman to refocus its international policy back to its original aims rather than spreading itself too flat.