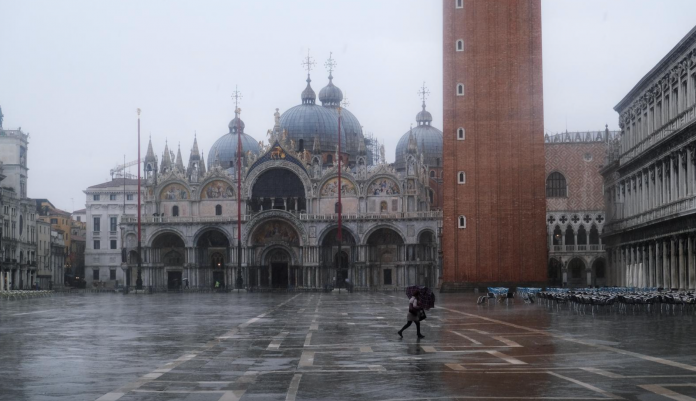 Defying the naysayers, a flood barrier has protected Venice from a high tide for a second time, rising up from the lagoon floor on Thursday as strong winds started to push water into the city.

The system of 78 floodgates, known as Mose, had a successful first outing in early October and showed its mettle again, saving Venice from a tide that officials had predicted would reach 135 cm (4.43 ft). At that level, roughly half the city would normally be left underwater.

The local tidal authority said on Twitter the tide rose as high as 141 cm in areas not protected by Mose, while in Venice it was just 52 cm, leaving the squares and alleyways clear.

Venice’s floods, “acqua alta” (high water) in Italian, are caused by a combination of factors exacerbated by climate change – from rising sea levels and unusually high tides to land subsidence that has pushed down the city ground level.

Of the 23 tides ever recorded above the 140-cm level, 14 have occurred in the last two decades, including five last November when the city’s St Mark’s Square was submerged under a metre of water.

Mose was originally due to go into service in 2011 but got swamped by corruption, cost overruns and construction delays.

It is designed to protect Venice from tides of up to 3 metres, well beyond current records, but critics have questioned whether it would ever prove effective and said upkeep could be prohibitive, pointing to the fact that some barriers are already badly rusted.