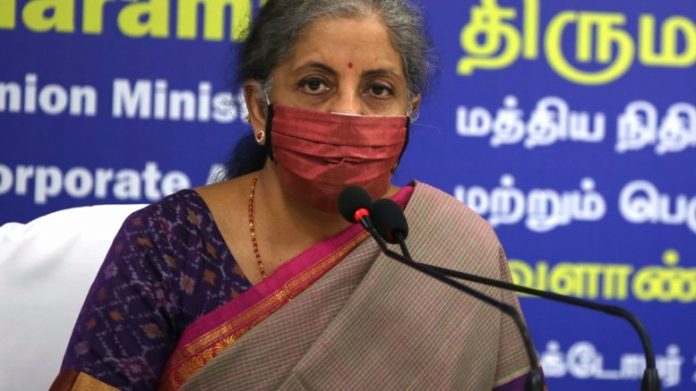 Union Finance Minister Nirmala Sitharaman on Tuesday said the minimum support price (MSP) will continue and will not be withdrawn, while contending that for a long time, it had brought in distortion in the cropping pattern across the country.

She also said before bringing in the three new farm laws, the Central government had held extensive discussions with the farmers’ bodies across the country.

The three farm laws — the Farmers’ Produce Trade and Commerce (Promotion and Facilitation) Act, 2020, the Farmers (Empowerment and Protection) Agreement on Price Assurance and Farm Services Act, 2020, and the Essential Commodities (Amendment) Act, 2020 — were passed by the Parliament last month and have received the President’s assent.

Addressing the media here, Sitharaman said though MSP was there for several products, the focus was more on paddy and wheat and their MSPs were revised upwards every year.

This resulted in a distortion in cropping with farmers, who were growing pulses, millets and oil seeds, shifted to paddy and wheat, resulting in edible oil having to be imported, she added.

Sitharaman said it was in 2014, the government led by Prime Minister Narendra Modi announced the MSP for other crops.

Terming the three farm laws beneficial for the farmers, she said that they have opened up market access to the farmers, giving them more chances and choices.

“When the corporates and the farmers arrive at an acceptable price, then the consumers too would benefit,” she added.

The Finance Minister also said earlier, farmers were paying about 8 to 8.5 per cent as taxes in different forms, including market charges, and now they have the option not to pay that.

Criticising the Congress, Sitharaman said the opposition party had promised in the 2019 Lok Sabha poll manifesto to abolish the Agricultural Produce Market Committee (APMC) and allow the farmers to sell their produce anywhere.

She wondered whether Congress cheated its voters who had believed in its promise and voted for it.

“Is this responsible politics,” she asked.

According to her, all these years, the farmers were in a bind to sell at a particular place and whether the price was right or not, the grower had no choice or chance.

“The MSP was not there for vegetables and fruits which are highly perishable items. We have seen, soon after the harvest, the prices of items will go down and soon after, the prices will go up. We have also seen farmers throwing their produce like tomatoes on the road for not getting even their production cost,” Sitharaman said.

She said that as per the three laws, the farmers can enter into a contract to supply produce at a particular rate.

She also said any dispute with the buyer can be sorted out at the District Collector level.

Queried about the cane arrears to farmers by the sugar mills, which is based on contract farming, Sitharaman said the cane farmers are tied to a particular mill but under the new laws, the market is open for the farmers.

She said the government is also looking at the cane arrears of the Tamil Nadu farmers.