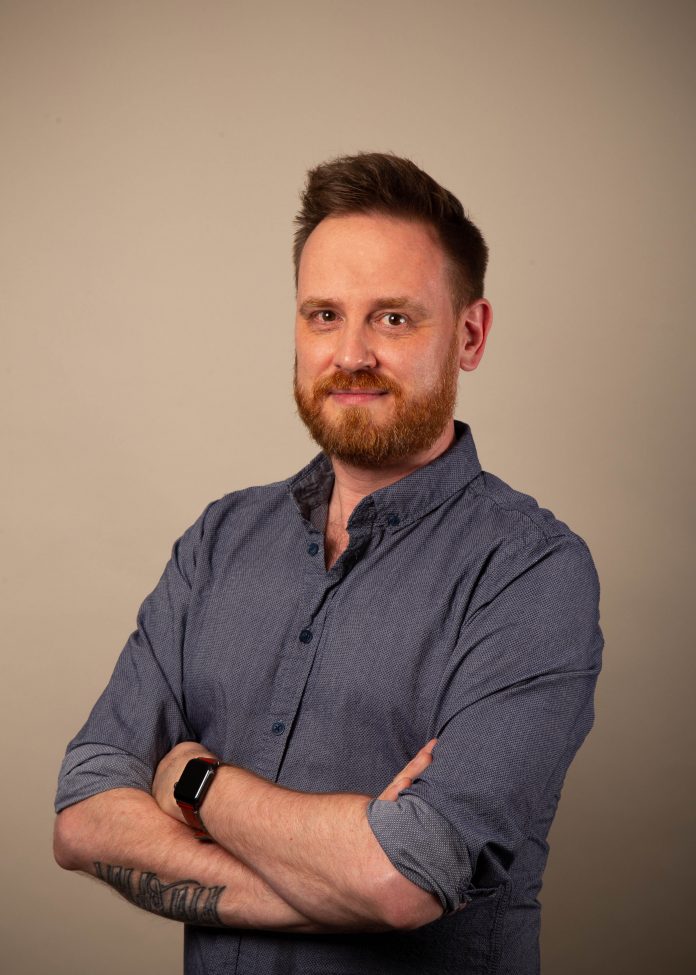 The global comic book market is large. How large? According to one published estimate, by 2026 the market is projected to reach $4.6 million. People are buying at online comic books store and reading them, collecting, and swapping them, attending conventions that are dedicated to them, and turning the writers, artists and other industry professionals into big-time celebrities. Witness how many movies in recent years featured the late Marvel comics founder and pop culture hero Stan Lee in cameo appearances.

Comic artists are among today’s most revered figures, at least among the legions of comics fans who purchase and collect their work. Comics artist Cameron Stewart, a Canadian by birth, grew up in Canada and England. As both a child and a teen, he was an avid reader of comics native to both countries. He realized from an early age that comics were his calling and his passion, and worked hard to break into the industry.

His efforts have paid off, as he’s worked on numerous assignments, in addition to creating his own work. An Eisner and Shuster Award winner, Stewart illustrated the sequels to Chuck Palahniuk’s famed graphic novel Fight Club, and wrote and drew Assassin’s Creed: The Fall and The Chain.  He’s also written and/or illustrated works such as BPRD, Batman & Robin, Seaguy, The Other Side, and others too numerous to mention.

His accomplishments include being the person behind DC Comics’ pop art revamp of Batgirl for a young adult audience, which proved popular with fans both in book and merchandising forms. He is also known and highly regarded for his work illustrating Catwoman.

Like many comics creators until a relatively few years ago, Cameron Stewart made his first drawings on paper using pencils, pen and ink. But as digital technology began taking over the industry and modifying the creative process, he adapted to the newer processes and today works pretty much exclusively with digital tools. He says he’s comfortable with both.

“The major difference between digital and traditional artwork is flexibility,” Cameron Stewart says. “With traditional artwork and physical materials you are bound to the marks made on the paper or canvas, which often means a much greater discipline or developed skill to truly consider and take care with the strokes you make. If you make a mistake, or if you’re unsatisfied with the work you must spend extra time reworking it, erasing or repainting it until you arrive at the desired result. When working with physical materials I would often find myself spending a lot of time correcting mistakes that I’d made.”

On the other hand, he says that using digital tools to create art allows the artist to manipulate the work as much or as little as he or she believes is necessary.

“I appreciate being able to fine-tune images, change colors and redraw lines and other items,” he says. “It’s easy to undo a stage of the process and do it again. Also, by working in software applications that allow me to create art in a series of layers. If I want to try something different during a project, I can simply shut off the layer, try something new in another layer, then compare the two to see which version I like more.”

Cameron Stewart says that the technology has provided him with a newfound confidence. When working on paper, he says he was often much more timid about drawing because he was afraid to make bold choices that could backfire and be difficult to correct. That said, he does find himself sometimes missing having actual artwork on paper, and he acknowledges that some purists still think of digital artwork as somehow inferior to artwork on an actual page.

So what technology does Stewart count among his go-tos?

“For many years I used Photoshop and a Wacom tablet,” he explains. “My initial process was to do all of the sketching in Photoshop, then convert the linework to a non-reproducible blue, print that out on paper to ink with a brush. Once the inking was complete I would then scan the artwork back into Photoshop and then make small corrections and adjustments.”

Eventually, though, Cameron Stewart found himself doing more alterations during that stage, including resizing and shifting characters and redrawing faces. Unfortunately, this made the final printed page look considerably different from the original hand-drawn artwork. So Stewart began experimenting with a program called Manga Studio (now known as Clip Studio) that was similar to Photoshop but specifically made for comic creation. In fact, the application included a variety of extremely useful comics-specific tools.

“This changed everything for me, as I no longer had to scan physical artwork,” says Stewart. “I could just draw final pages directly with the software.”

Without needing to scan and clean up physical pages, which alone could often take hours, he was now able to send the artwork to his publisher, literally seconds after completion. Recently, Cameron has begun using the Apple iPad Pro, with its robust capabilities, and software called Procreate, which offers a variety of simple and intuitive hand gestures. “So far,” he says, “This is the experience closest to drawing on a pad of paper, and it’s portable.”

Even with all of this technology at his fingertips, Cameron Stewart says the most important parts of comic book creation are having compelling stories and well-defined characters.

“Having a clear idea of who each character is is extremely important,” he says. “You have to understand their personality traits and quirks, then try to express those qualities in their physical features. If a character is sunny and cheerful, softer, rounder shapes help. If a character is gruff and cynical maybe they have harder, sharper edges to their facial features. I often will try to think of famous people, such as actors, that I think embody the attitude and personality of the character and then use them as a springboard to create something similar.”

Cameron Stewart believes that to be a great comics artist you must also be a good actor. This includes being able to understand what facial expressions or body language can be used to convey a character’s thoughts and feelings, even if there is no dialogue to reveal them. He says that he often uses photographs of himself — or even looks in a mirror to get the “acting” of a character correct.

Stewart continues to explore new project opportunities and tries to break new ground. Sometimes the work can be surprising. For example, he says he once illustrated a couple of books based on the Dark Knight film that were intended for very young children, ages 6-8. “It was very bizarre and frustrating to take the complex adult themes and violence of that film and sanitize it for a child.” he says. “I don’t think it was very successful!”

With all the work he’s done, both traditionally and tech-assisted, Cameron Stewart still just loves to draw. He says it’s always a delightful moment when a piece of artwork surprises him. His favourite pieces are those that, to his eyes, don’t look like he drew them.

“I think that when that happens,” he says, “when something looks new to me rather than typical of the work I usually do, that is usually an indicator that I am on the verge of a breakthrough in my work and that it’s evolving in a positive way.