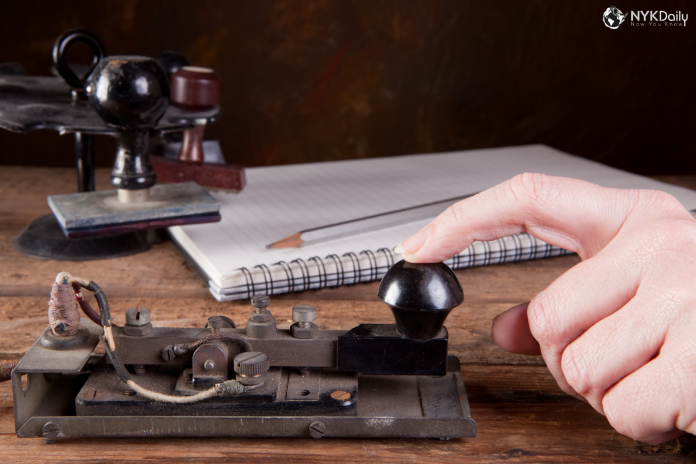 Also referred to as the International Morse Code, the Morse is a system utilized in telecommunication to encode text characters as a series of two varying signal durations. These signal durations are known as dashes and dots or dahs and dits. The person who invented the Morse Code was an American named Samuel Finely Breese Morse, and the system is named after him. Morse is also the inventor of the telegraph, another text messaging system.

The history of the Morse Code can be traced back to the beginning of the 19th century. At that time, experimenters in Europe were able to record significant advancements with electrical signaling systems. They utilized several tactics like electromagnetic changes, static electricity, and electricity generated from voltaic piles.

The advent of electromagnetism in 1820 by Danish chemist Hans Christian Oersted alongside the invention of the electromagnet in 1824 by English scientist William Sturgeon triggered significant developments in the niche of electromagnetic telegraphy in the United States of America and Europe. It became possible to use electric pulses moving down wires to influence an electromagnet in the receiving end.

As many of the first sets of telegraph systems were too slow, there was a need for the receiver to observe the needle and write the messages. The Morse code works via the deflection of the needle. When the needle moves to the left, it stands for a dot, and a deflection to the right represents a dash. In making the two clicks emanate different sounds, the single needle set produced sound and made operation easier.

Morse and two other scientists named Alfred Vail and Joseph Henry came up with the electrical telegraph system with time. This system was premised on the need to transmit natural language using just electrical pulses and the interval of silence between the pulses. So, it can be said that by 1837, Morse had already come up with an early variant of what is now the modern-day international Morse code.

It was in 1844 that the Morse system for telegraphy was first utilized. It was made in a way that it will leave impressions on a tape made of paper whenever pulses of electricity reach it. The first telegraph receiver by Morse made use of mechanical clockwork for the motion of the paper tape.

Whenever there is an electrical current reception, the electromagnet hooked to an armature marks the tape. The Morse code development’s essence was to ensure that the operators can do translations of the patterns on the paper tape and turn them into text messages. Morse’s pioneering code was intended to send only numbers and make use of a codebook to check the numbers sent.

The Morse code that is used worldwide today stemmed from a proposal put forward by German telegraphy scholar Friedrich Clemens Gerke in 1848. That time, it was referred to as the Hamburg alphabet. The International Morse code would later incorporate the improvements that he made.

By the late 19th century, the Morse code’s widespread adoption was in full force and used massively for radio communication long before it was possible to do voice transmission. In the early 20th century, practically all the high-speed international communication utilized Morse code on undersea cables, telegraph lines, and radio circuits.

In the aviation industry, the same thing was happening as Morse code was embedded in the radio systems. By the First World War, Zeppelin airships were fixed with radio for military activities at a time when the radiotelegraph was widely adopted. Starting from the 1930s, pilots in military and civilian aviation had to utilize Morse code, especially with early communication systems and the location of navigational beacons. The Second World War increased the use and adoption of the Morse code.

For instance, radiotelegraphy was used by warships to convey messages between themselves and naval bases. This continued until newer systems came, and the use of Morse code dwindled. It is still in use today, but it is not dominant as it was in the past, and there is no doubt that the Morse code served very well at its peak.