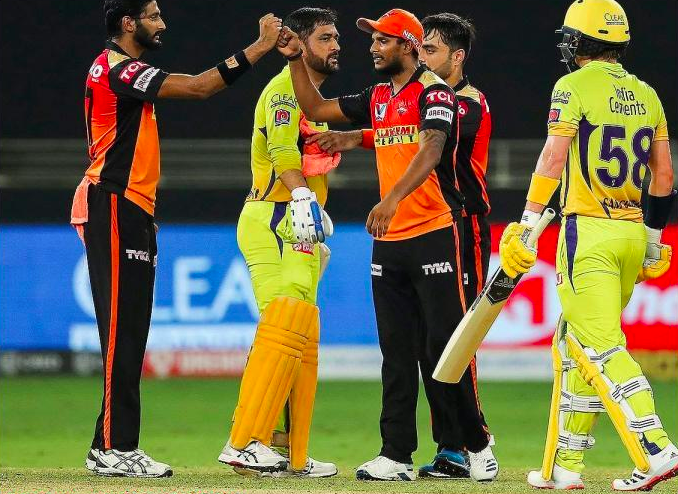 Chennai Super Kings (CSK), who come into Tuesday’s IPL match against SunRisers Hyderabad (SRH) on the back of two successive defeats, won by 20 runs for their third win of the 13th edition.

After scoring 167/6 wickets in their 20 overs, CSK restricted SRH to 147/8 wickets at the Dubai International Stadium.

CSK kept SRH in check throughout the run chase, but the latter looked like they had the upper hand during the third wicket stand between Jonny Bairstow (23) and Kane Williamson (57).

Ravindra Jadeja (1/21) broke the stand, after it had produced 32 runs, by taking Bairstow’s middle stump after which Priyam Garg put up 40 with Williamson for the fourth.

Shardul Thakur (1/10) and Dwayne Bravo (2/25) put the breaks on the SRH innings in the last two overs. Rashid Khan (14) was dismissed via hit-wicket off Shardul off the last ball of the penultimate over after which Bravo conceded just one run in the last.