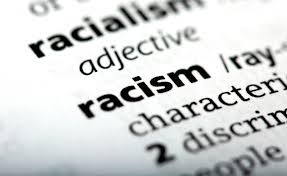 An attempt by one of Brazil’s largest retailers to target racial disparities in its management ranks sparked a backlash by the country’s federal public defender’s office, which accused Magazine Luiza SA MGLU3.SA of discrimination.

The public defender, Jovino Bento Junior, said the retailer was basing its recruitment “exclusively on skin color” and that would be discriminatory, according to a document, dated Sept 28, in which he proposes a lawsuit against the company.

A group of 11 other public defenders who focus on ethnic and racial issues publicly repudiated Bento’s complaint.

Civil rights issues in Brazil have rarely provoked mass protests as in the United States, but social statistics show widespread signs of racial discrimination. Its large Black population is underrepresented in professional jobs, earning roughly 56% of what white people make, according to government statistics agency IBGE.

Magazine Luiza is offering a monthly salary of 6,600 reais, about six times the country’s minimum wage, plus benefits such as health and dental insurance, to a maximum of 20 applicants who graduated from college between 2017 and 2020.

“All workers should have access to the job market in equal opportunities,” Bento wrote, adding that while some form of affirmative action could be warranted, only some of those positions should be reserved to minorities.

Bento expressed concern that other companies could follow Magazine Luiza’s lead, limiting “access to job and income” for non-minority applicants, he added. He accused the company of focusing on “corporate marketing.”

On Monday, the chain’s founder and chairman Luiza Trajano said in a TV interview she launched the trainee program after realizing the company’s leadership was composed entirely of white Brazilians.

“Slavery was in Brazil for 350 years, the majority (of its population) is black, the majority lives on the outskirts. This is the truth, so they don’t apply (for trainee programs),” she said. “When I realized what structural racism is, I even cried.”