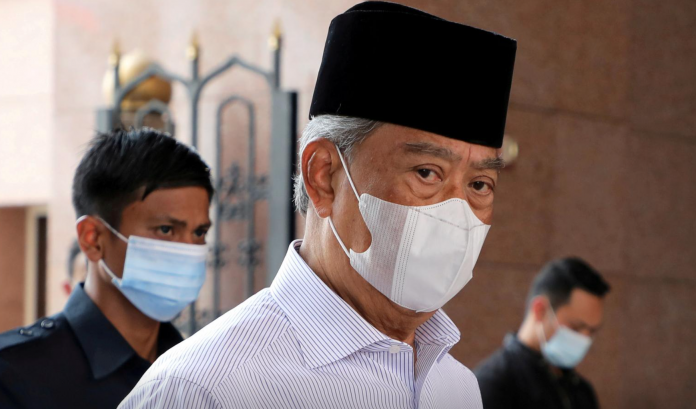 The biggest party in Malaysia’s ruling alliance on Wednesday pledged its support for Prime Minister Muhyiddin Yassin, a boost for the premier as he faces a leadership challenge.

The United Malays National Organisation (UMNO) also called for a “political ceasefire” amid a surge in coronavirus cases, just a week after saying it was considering withdrawing support for Muhyiddin’s government.

The move provides a temporary reprieve for Muhyiddin following opposition leader Anwar Ibrahim’s claim that he has the parliamentary majority to form a new government with the help of defectors from the ruling pact.

Muhyiddin’s coalition is unelected but took power in March after the unexpected resignation of his predecessor Mahathir Mohamad. He formed a new alliance with parties that were defeated in a 2018 election.

In a statement, UMNO president Ahmad Zahid Hamidi said the party had agreed to support Muhyiddin’s government and its efforts to fight the virus and strengthen a pandemic-battered economy.

“The cooperation of all parties in the government…must be strengthened in order to ensure political stability at a time when the country is facing the threat of COVID-19 and economic uncertainty,” he said.

Anwar met Malaysia’s king last week to prove he has majority support from lawmakers, but further meetings scheduled by the palace to verify his claim were postponed due to movement restrictions to control the spread of the virus. The king has also called on politicians not to drag the country through political uncertainty.

Muhyiddin has been in talks for a possible cabinet reshuffle to give UMNO officials more prominent roles, sources told us. Some UMNO leaders have balked at playing second fiddle to Muhyiddin’s smaller Bersatu party in the ruling alliance, coalition sources have said.

“The undercurrents of power struggle between the two major component parties of the ruling coalition are still flowing strong, albeit beneath a veneer of opportune civility,” said Oh.