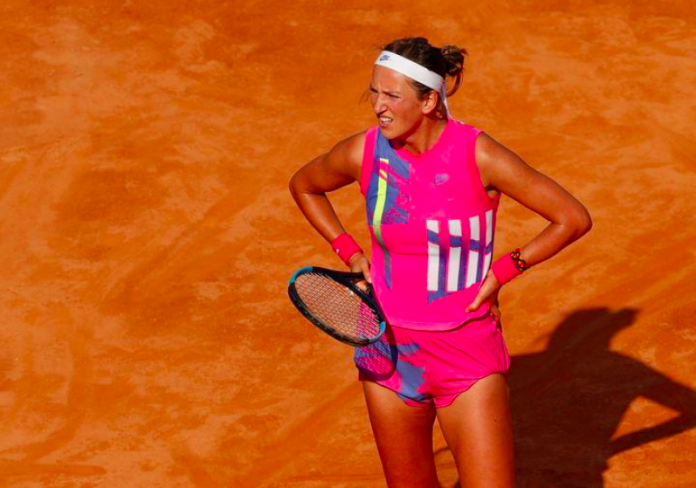 Former world number one Victoria Azarenka trounced Greece’s Maria Sakkari 6-1 6-3 on Saturday to reach the final of the J&T Banka Ostrava Open, where she will meet fellow Belarusian Aryna Sabalenka.

Azarenka, who is seeded fourth, was dominant in her first career meeting with Sakkari, racing into a 5-0 lead before her opponent managed to get on the board.

She broke Sakkari’s serve five times to reach the 40th WTA singles final of her career as the Greek paid the price for making more than twice as many unforced errors as her opponent.

Sabalenka, who came within a whisker of being dumped out by world number 73 Sara Sorribes Tormo in the previous round, fired 22 winners and won 72% of her first serve points as she beat Brady to set up the first all-Belarusian WTA final.

She will, however, have to be at her very best to have any chance against Azarenka, who has been in top form since tennis restarted after a pandemic-imposed hiatus – and beat her compatriot 6-1 6-3 in the U.S. Open second round.