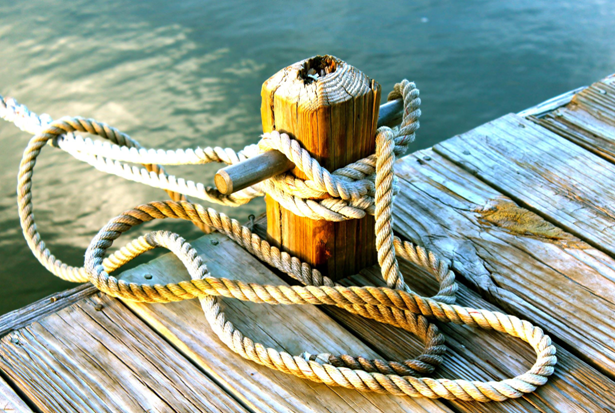 Global maritime activity and trade have long been a valued source of international commerce and exchange. Primitive settlers across the world braved harsh conditions along unforged trade routes. Innovators developed inaugural port technologies, safety restrictions, and governing entities. As decades moved forward, standards changed. Now, as the world grapples with the evolution of maritime trade created by the COVID-19 pandemic, many countries are ramping up their maritime safety legislature. Recently, Antigua’s Parliament made great strides toward evolving vessel safety legislation. Asot Michael, a member of the Parliament of Antigua and Barbuda from the St. Peter Constituency, broke down the recent developments.

In 2006, the Antigua And Barbuda Merchant Shipping (Amendment) Act dictated safety standards for all commercial maritime vessels. This Act sets the standards for ship registration, commercial activity, and even births and deaths at sea. As a guiding piece of legislature for all maritime activity, this Act is integral.

An important vote on another amendment to the Antigua and Barbuda Merchant Shipping Act is imminent. To go into effect, the amendment will have to be accepted by the Upper House of Parliament and gazetted. It focuses primarily on tightening safety standards. If passed, it could potentially leave many commercial vessels grounded until they are able to comply with the new laws.

The amendment will aim to mitigate concerns over the seaworthiness of various vessels in operation and will set safety standards for the construction and use of new vessels. Additionally, with many boats potentially operating under unsafe conditions, the passing of the amendment will force commercial seafarers to update their vessels, minimizing potential safety risks. From a big picture perspective, increasingly stern safety standards will propel Antigua’s maritime industry forward.

In addition to offering safe and reliable vessels for seafarers and labourers, Antiguan government officials are hopeful for long-term industry effects. By standardizing the state’s shipping and transportation industries, officials like Asot Michael are hopeful that an increase of commercial vessels will choose to register to fly the Antigua and Barbuda flag.

To increase revenue for the twin islands, Parliament member Asot Michael touts the importance of including a code of practice for pleasure yachts. The committed local socio-political contributor recognizes the importance of improving the legal framework for commercial activity. However, Michael sees the potential of increasing revenue from this untapped potential industry. Asot Michael reported that “there’s a lot of revenue that can be derived if we were to pass the legislation to allow them to carry the Antigua and Barbuda flags,” in reference to non-commercial yachts. Such an addition was previously drafted in 2014 and is currently in the possession of the Attorney General.

To implement streamlined operations onboard commercial vessels, the amendment will allow the appointment of a principal representative. This representative will have the power of attorney to act on the behalf of a shipowner. Traditionally, the International Bulk Chemical codes acted as the preferred method of registering commercial vessels. With the passing of the proposed amendment, representatives will have the power to register vessels under the Merchant Shipping Act. For large-scale and international commercial activity, this designation will allow for smoother completion of operations. For smaller operations, these swift registration options will allow vessel owners to easily utilize the proper channels to ensure safety and lawfulness of their activities.

However, as Michael points out, principle representatives will have to meet dutiful criteria to act on behalf of vessel owners. The representative will have to be a practising attorney licensed in Antigua and Barbuda, or a licensed corporate management and trust provider.

The amendment will also affect many unregistered vessel operators who utilize their sea crafts between the islands of Antigua and Barbuda. For years, these operators have been warned by officials about the substandard safety of their vessels. The passing of this amendment will enable the local government to take action against non-compliant vessel owners.

The amendment won’t aim to prohibit local vessels from operating, but rather, will aim to bring them up to safety standards that will enable fruitful operation. Some of these boats travel between the two sister islands, bringing essential cargo to local communities. Government officials proclaim that ample time will be provided for these operators to adhere to the amendment without disruption of service.

Improvements in safety protocols are expected to evolve Antigua and Barbuda’s overall maritime activity. Thus, Asot Michael has highlighted the importance of the government to renegotiate its contract with Meridian Shipping. The company was contracted to promote the country’s shipping services and to grow the ship registry. While actively under a contract between 1986 and 2016, Meridian’s services were only able to grow the country’s ship registry to include 1,066 vessels. According to Michael, this is not indicative of sufficient and continued growth.

This initial 30-year contract between Meridian and Antigua provided Meridian with exclusivity. In 2016, the contract was renewed for a period of 15 years, without the inclusion of the exclusivity clause. Thus, local advocates like Michael are pushing for a renegotiation with Meridian to coincide with the passing of the amendment, bolstering international interest in Antigua’s evolving maritime sector. By increasing visibility and highlighting the benefits of the amendment, Antigua and Barbuda’s maritime industry can benefit from a large boom of global interest, and leverage the country as a leader in global shipping.