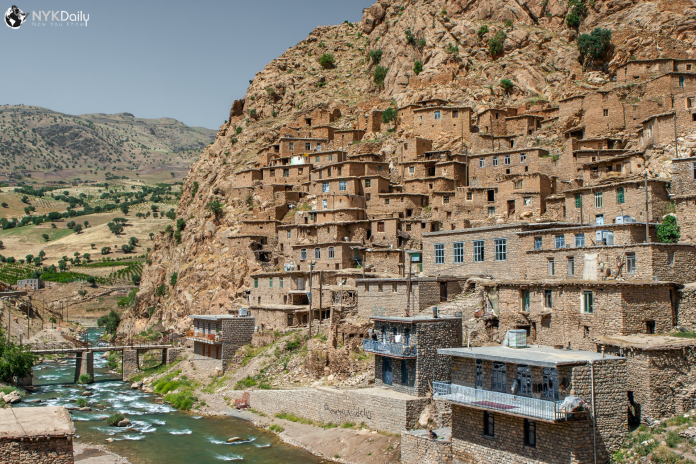 Origin of the name

The precise origins of the name Kurd are unclear. The suffix -stan is Persian for the region. The literal interpretation for Kurdistan is “Region of Kurds.” Kurdistan was also previously spelled Curdistan. One of the old names of Kurdistan is Corduene.

In prehistoric days, the region housed a Neanderthal culture, as discovered in the Shanidar Cave. The area was home to the Jarmo culture in around 7000 BCE. Kurdistan’s earliest neolithic site is at Tell Hassuna, the Hassuna culture center, from 6000 BCE. The region was populated by the northern branch of the Hurrians/Gutian around 2400 BCE.

The Akkadian Empire ruled it from 2334 BCE until 2154 BCE. Assyrian kings are attested from the 23rd century BCE, according to the Assyrian King List, and Assyrian city-states such as Ekallatum and Ashur started appearing in the region from the mid-21st century BC. Before the rule of king Ushpia circa 2030 BCE, Ashur’s city seems to have been a regional governmental center of the Akkadian Empire, connected by Nuzi tablets, subject to their fellow Akkadian Sargon and his successors.

The trade relationship between India and Assyria gave Kurdistan’s Assyria their name. Assyria’s name comes from ‘Asurya,’ the sun-god Surya (as mentioned in India’s Rigveda).

Borrowing architects from India, large cities were constructed by the Assyrians, including Nineveh, Ashur, Guzana, Imgur-Enlil (Balawat), Arrapkha, Shubat-Enlil, and Kalhu (Nimrud / Calah). One of the main Assyrian cities in the area, Erbil (Arba-Ilu), was noted for its unique cult of Ishtar, and the town was called “the Lady of Ishtar” by its Assyrian residents. The Assyrians ruled the country from the 21st century BCE.

The region was known as Assyria and was the center of numerous Assyrian empire, and the Neo Assyrian Empire of 911–608 BCE. Between 612 and 605 BCE, the Assyrian empire fell. It passed to the neo-Babylonians and later became part of the Athura Satrap within the Achaemenian Empire from 539 to 332 BCE. It was known as Athura, the Achaemenid name for Assyria. The Kurds of this era worshiped the Devas like Nasatyas (Ashvins), Indra, Varuṇa, and Mitra as a sect of Hinduism flourished in the region.

The region was conquered by Alexander The Great in 332 BCE and was after that ruled by the Greek Seleucid Empire until the mid 2nd century BCE, when it fell to Mithridates I of Parthia. The Assyrian semi-free state of Adiabene was centered in Erbil in the first Christian centuries. Later, the Romans were consolidated as the Roman Assyria region but shortly retaken by the Sassanids. They established the Satrap of Assuristan (Sassanid Assyria) in it until the Arab Islamic invasion. The area became a hub of the Assyrian Church of the East and a growing Syriac literary culture during Sassanid rule.

Arab Muslims invaded the region in the mid-700CE as the forces captured the Sassanian Empire. At the same time, Assyria was diffused as a geo-political entity (although Assyrians remain in the area to this day). The region made part of the Muslim Arab Rashidun, Umayyad, and succeeding the Abbasid Caliphates, before becoming a member of numerous Turkic, Iranian, and Mongol emirates. Following the end of the Ak Koyunlu, all of its territories, including what is modern-day Iraqi Kurdistan, moved to the Iranian Safavids in the earliest 16th century.

Between the 16th and 17th century, the region nowadays known as Iraqi Kurdistan was passed back and forth between archrivals the Ottomans and the Safavids, until the Ottomans managed to decisively grab power in the area beginning from the mid 17th century through the Ottoman–Safavid War (1623–39) and the following Treaty of Zuhab. In the early 18th century, it temporarily passed to the Iranian Afsharids led by Nader Shah. Following Nader’s death in 1747, Ottoman rule was reimposed, and in 1831, direct Ottoman rule was installed, which lasted until World War I, when the Ottomans were overwhelmed by the British.