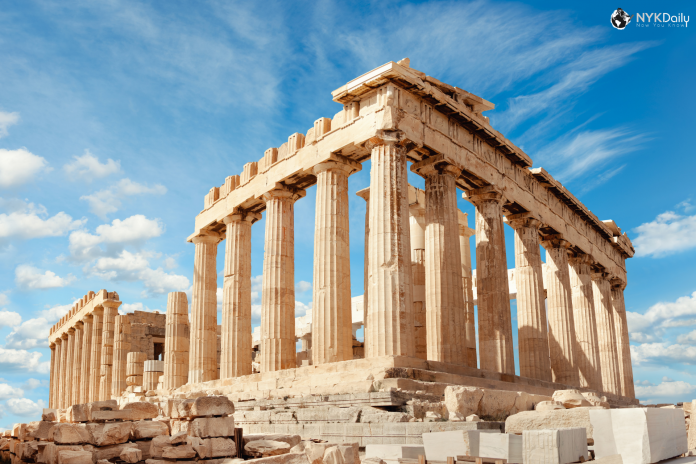 Greece is the undisputed land of mythology; from the Griffin to the Centaur and Pegasus, it has it all. The most mind-blowing thing here is that you can still visit today’s real locations, which were the major centers of ancient mythology in Greece. Many assume that such do not exist but they do, and we will focus on them.

It is tucked away in the mountains of Crete as one of the main sites of Greek mythology. According to the legends, it was on Mount Ida that Cronos, one of the initial titans, attempted to destroy all of his offspring by eating them. Cronos was taking this drastic step to avert the prophecy that stated that it was one of his children that will be his doom.

It is also stated that when the mother of Zeus, Rhea, gave birth to him, she took him to a cave in Crete and hid him there for protection. During the times of the ancient Greeks, the widespread belief was that Zeus’s birth or even his early childhood was in Ideon Cave.

They even turned the area into a place of religious worship and pilgrimage. In the 21st century, the place is famous with hikers and you can check out the actual cave where it is believed that Zeus grew up as an infant.

The ancient Greeks considered the island of Delos, one of the most sacred places in the Universe. Greek mythology places a lot of premium on this island as it is said to be the place where the twin gods Artemis and Apollo were born, but that was not all.

Mythological narrations also state that it was on the island of Delos that Leto, who was the lover of Zeus, ran to when she wanted to escape Hera’s fury. It was also on Delos Island that she gave birth to her kids. Owing to the place’s immense significance, temples, sanctuaries, and other worship centers were built there. In the times past, ancient Greeks trooped there to worship the gods.

3. The Labyrinth of the Minotaur

What is Greek mythology without the Minotaur, the half-man and half-bull? The tale of the Minotaur and Theseus is one of the most impressive ancient Greek mythological narrations. Minos was the son of Zeus and the ruler of Crete, and it was Minos who raised a child who had the head of a bull and the body of a human being.

King Minos was able to cage the beastly child inside a labyrinth while sending young ladies and boys to be consumed by the Minotaur annually. It so happened that one year that Theseus, who was the prince of Athens, decided to team up with Ariadne, the princess of Crete, to kill the Minotaur and escaping from the labyrinth.

Even though the precise site of the labyrinth itself is fuzzy, you can visit two possible locations. There is one in Kommos, which is believed to be where Minos had his throne. Then there is Gortyn, which is not too far off.

The Underworld featured prominently in Greek myths, and the Acheron is believed to be one of the five rivers that form the boundaries of the Underworld. This watery body is also called the river of doom, and it is the channel via which souls are transported into Hades. The river is devoted to Persephone and Hades, and you can still visit it today in Epirus, not far from Parga. It is a place very popular with kayakers and campers.

This is a beloved spot for tourists, but it remains an important site of mythology. It is one of the islands in the Saronic Gulf, and it takes its name from Aegina, daughter of the river deity Asopos and the nymph Metope. Zeus could not take his eyes off her; he fell in love with her and whisked her off to Oenone, an island located off Attica’s coast.

It was in Attica that Aegina was delivered by Aeacus, who would later become the king of the island. The island was then named after but the myth state that it would later be turned desolate due to the curse of Hera, Zeus’ enraged wife. When Aeacus called on his father to help, Zeus responded by changing the islands’ ants into human beings to repopulate the island. Tradition has it that the commander of these determined soldiers was Achilles.

Of course, this must feature on this list for it to have any value. According to Greek mythology, the enchanting Mount Olympus was the abode of not one or two but a total of 12 gods and goddesses. This fantastic range is the tallest mountain in all of Greece.

It is very popular with hikers, and you can check out the trails too. Even though you are not likely to see the deities who are supposed to be tenants among the peaks, you’ll still be compensated with some of the most stunning views from any mountain.

It is now known as Thiva, but back in the day, Thebes was one of the most powerful of the city-states in Ancient Greece. It is perched in the region of Boeotia, and it remains a city of mystery and wonders. It is believed to be Hercules and Dionysius’s birthplace while also having a connection to the myth of Oedipus. You can still visit the place today and let your ears ring with the fabulous tales of the gods.

This resplendent island is named after the charming nymph Korkyra. Legends have it that the daughter of Metope and Asopos and the sister of Aegina, Korkyra, was believed to have fallen for the charms of Poseidon, who then whisked her off to a far-off island. It was then the island was named after her – Korkyra or Corfu. This majestic island is also the sight of the magnificent Achilleion Palace, constructed by Empress Sisi of Bavaria.