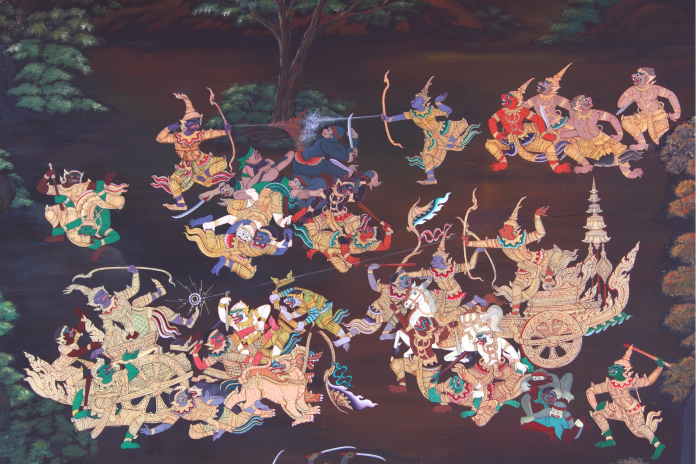 Betrayal is as old as humanity, and it is an act that evokes the deepest of emotions, particularly in the negative. This is mainly because it comes from where it is least expected. It can come from a spouse, child, trusted colleague, employee, family member, or pretty much anyone in a position of trust or responsibility.

A betrayal is an act that leads to severe consequences that range from destroying relationships to crimes to ruining entire countries. There have been countless acts of treason throughout history, but there are some that truly stand out. This is a discussion of the seven worst betrayals that humanity has seen.

If there is anything like the personification of betrayal, then it is going to be Marcus Brutus. The assassination of the mighty Roman general and statesman Julius Caesar is a classic tale of betrayal. On the 15th of March, 44 BC, the assassination of Caesar was carried out by a band of senators who had a grudge against the Roman leader. Marcus Brutus and his brother-in-law and fellow senator, Cassius Longinus, led the assassins that stabbed Caesar to death.

What made Caesar’s brutal end remain a rippling example of betrayal is that he always took Brutus as one of his closest friends. Caesar was stabbed 23 times by Brutus and others in the most gruesome manner during a meeting of senators in Rome. Caesar was so shocked by Brutus’s presence and participation that his last words were: ‘Et Tu, Brute?’ meaning ‘You too, Brutus?’. Countless movies have been made to depict this shocking act of betrayal.

The people of England will never forget Guy Fawkes. Once upon a time, the Catholic-dominated kingdom of Spain attempted to assassinate King James of Protestant-dominated England. The plan was to kill the English king and replace him with a Catholic monarch.

However, the plan to assassinate the king of England failed. His people supported him massively – with the notable exception of one English man named Guy Fawkes, who decamped and joined the Spanish in the plot to kill his monarch. He is seen as the ultimate figure of betrayal in England.

Many centuries ago, there was a battle between the mighty army of Xerxes, the king of Persia, and the Spartans of Greece. But the Greeks would get the shock of their lives when their secret route was disclosed to the army of a ferocious Xerxes with which he descended on the Spartan troops. The greatest shock came when the Spartans realized that it was one of them, Ephialtes, who leaked the secret to the enemies.

The betrayal of Jesus Christ is so bad that people today deliberately refuse to name their children, Judas. He was one of the original 12 disciples of Jesus Christ, but he did not hesitate to sell him to the enemies for the sum of 30 coins of silver. After the crucifixion of Jesus Christ, Judas was overtaken with shame and guilt that he committed suicide by hanging.

In India today, the name Mir Jafar is not one that is adored by many people. This is because the British colonial forces might not have invaded and overtaken the Indian subcontinent if not for his acts of betrayal. Jafar was the Bengal Army commander, and when his troops were supposed to attack the East India Trading Company of the foreign British, he refused and told his army to stand down.

As a result of this act of betrayal, Britain was able to take over India, and they rewarded Mir Jafar by making him the Nawab of Bengal. Even in modern-day India, he is still shunned as a figure of treachery and unforgivable betrayal.

During the brutal Second World War, Norway was one of the countries that were on the receiving end of the punches of Nazi Germany. While millions of Norwegians lined behind their leaders to fight the forces of Adolf Hitler, one other Norwegian named Vidkun Quisling was busy selling out the secrets of his country to the Nazi enemies.

He was later to be appointed to office by the Nazis. But not long after the Germans lost the war and surrendered, Quisling was executed after being accused of high treason against the Norwegian state. Today, the word Quisling is used to denote a traitor.

Anyone working with the FBI is expected to have an eternal loyalty to the United States of America. However, that was not to be the case with Robert Hanssen. He was a former FBI agent who decided to sell the Americans’ top secrets to the Russians and this he did for 22 years before he was caught. He was paid handsomely by the Russians, but he was slammed into prison for life when he was later trapped – betrayal does not pay.