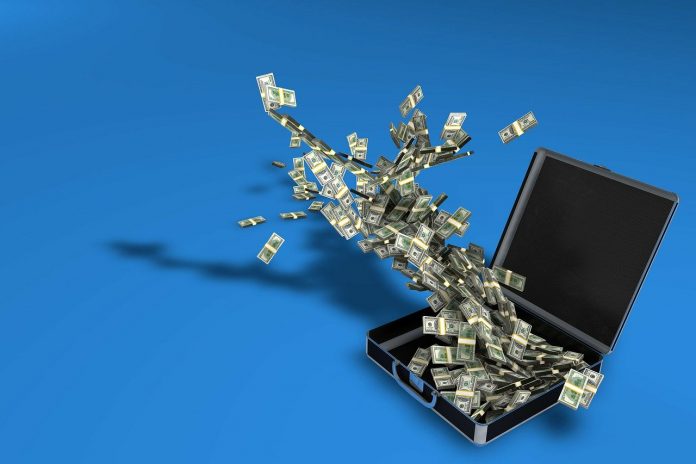 There is a saying that goes “to err is human and to forgive is divine”. This implies that making mistakes is a part of human nature. But some mistakes are so cloudy and severe that we live with the consequences for life. This is particularly true in the world of business, where a single mistake can lead to eternal regrets and unbelievable losses.

Even though these are costly errors, some could turn the mistakes around, learn lessons the hard way, and still make the best out of a horrible situation.

Here are the seven worst business mistakes in history.

Blockbuster Loses Out on Netflix

Netflix today has revenue of well over $20 billion, but there was a time when it was almost bankrupt, and it was far from dominating the video content scene. Back in the year 2000, Blockbuster was the unbeatable leader in the film industry, but it was a giant that focused on video rentals.

That year, Netflix was struggling with online video streaming, and things were so bad for the brand that it approached Blockbuster to assist in handling its online content so Blockbuster would do away with mailed DVDs. But Blockbuster made the mistake of its life as they mocked Netflix and flatly rejected the offer. Shortly after, Blockbuster collapsed and today, Netflix is a global giant.

Record Label That Rejected The Beatles

The Beatles is, without a doubt, one of the greatest music bands in the world and it is inconceivable to learn that there was a time when a record company turned down this extremely talented music group. It so happened that in 1961, The Beatles were not known then as it approached Decca Records for a deal but they rejected The Beatles, and we all know who ended up regretting it.

Coca-Cola is one of the most valuable brands on the planet, but this did not stop the Atlanta-based brand from making a huge mistake in 1985.

The flavor and formula of the New Coke were so radically different from what the people were used to, that the customers lashed out so bad that in just three months, Coca-Cola had to dump the idea. A loss of around $30 Million followed. The legendary brand managed to stage a comeback with Coke Classic.

In the business world, success can quickly turn to failure if there is complacency. Nothing exemplifies this more than the story of Kodak. Even though this brand was instrumental to the invention of digital photography in 1977, it failed woefully to make its best.

Around that time, Kodak was making huge profits in the film sector and it failed to see that the future of photography was digital. Kodak couldn’t evolve, it failed and other brands took advantage and made the billions with digital photography. In 2012, Kodak paid the price for its mistake as it had to file for bankruptcy – a costly mistake indeed.

You may find one or two Snapple drinks at your local store but back in the 1990s, Snapple was incredibly popular. It was so successful at that time that Quaker felt it could ride on its wave. Quaker put down a jaw-breaking amount of $1.7 billion for the acquisition of Snapple.

However, things did not work out for Quaker as planned as rivals revved up their engines. One of such competitors was Coca Cola, and they gave Quaker a run for its money. At the end of it all, it became a heartbreaking loss for Quaker as it had to sell Snapple to Triac in 1997 for a mere $300 million.

NASA is supposed to be the number one space agency globally, made up of the smartest physicists and mathematicians on the planet. No one would expect it to make silly mathematical mistakes. But that was precisely what happened in 1999 when a Mars orbiter that was designed for NASA by Lockheed Martin got lost in space.

This resulted from an elementary mathematics flaw in which Lockheed Martin engineers used the English measurements while their counterparts at NASA utilized the metric versions. As a result of this mismatch on the craft, NASA lost a shocking $125 million!

Daimler-Benz Loses A Staggering $20 Billion On a Chrysler Deal.

Even though Chrysler is one of the major carmakers in the United States, it has always had its eyes on going global. Daimler-Benz (also called Mercedes) felt it could come in, so in 1998, it had a merger deal with Chrysler, and it costed a whopping $30.7 billion. But things became awry pretty fast. The value was supposed to be split half, but Chrysler could not fulfil its side of the bargain, and in 2007, frustrated Daimler-Benz had to sell 80% of its equity for $7.4 billion, a head-spinning loss of $20 billion.