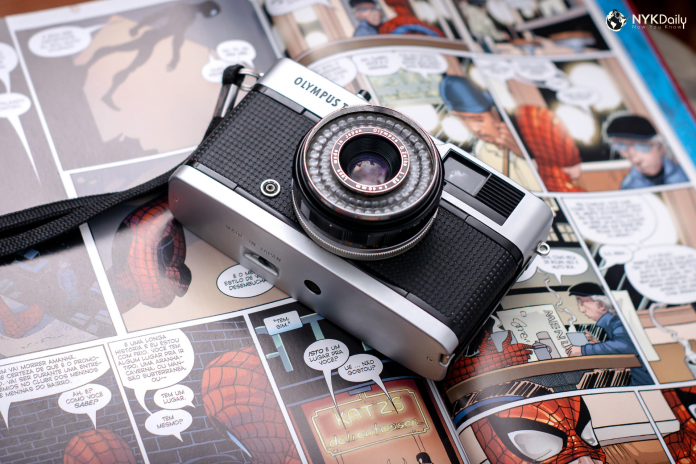 Perhaps one of the most definitive 90s comic book series, Hellboy was created by Mike Mignola. This comic book series introduced us to the friendly half-demon before kicking off a string of successful films in the 2000s. Hellboy is summoned to earth by Nazis and liberated by Allied forces, who encourage the hero to dedicate himself to protecting the earth from all that is evil and wrong.

In many people’s eyes, the Maximum Carnage edition of Spider-Man represents the glory days of the franchise, sporting a more edgy vibe with villains Venom and Carnage. Spider-Man teams up with Venom to defeat Carnage in an epic 14-part battle with an awesome storyline. The artwork style is definitely the ‘quintessential 90s’ aesthetic.

Lady Death is about a girl named Hope who gets tricked by demons into trading her soul for an eternal life… in hell. The story follows her journey in fighting a massive rebellion against the dark lords of the underworld to regain her freedom and her soul. This biblical comic was created in 1991 by Brian Pulido and went on to become a global bestseller. Today, it is one of the most successful non-DC or Marvel comics ever.

WildC.A.T.S was created by Jim Lee and has one of the most recognizable art styles of comics from the 1990s. It’s busyness and color, along with beautiful writing from Lee, succeeded in captivating countless readers. In fact, it was so successful that DC ended up buying the rights to Lee’s creation in 1998.

Spawn was one of the coolest, darkest, and most cerebral comic series from the 90s (and all time). Every child of the 90s had at least one Spawn action figure – even if they didn’t read the comics. Spawn was created by Todd Macfarlane in 1992. The character of Spawn is originally named Albert Francis Simmons, a CIA assassin who eventually gets murdered and then sent to hell. Once in hell, he makes a deal with a dark lord named Malebogia to reincarnate back to earth. The catch is that when he reincarnates, he’s a ‘Hellspawn’ – an enslaved creature who does Malebogia’s dirty work. Spawn only has fragmented memories of his life before.

Turok was created by Valiant, and it’s one of the most recognizable and iconic comic book series outside the DC and Marvel universes. Each Turok book in the series has a different warrior who is trapped in a prehistoric valley, hunting dinosaurs and participating in various other missions and adventures.

Bloodshot was also created by Valiant, and it is perhaps the most important character from the entire Valiant universe. Bloodshot features Raymond Garrison, a murdered soldier who is then resurrected after having microscopic technology called “nanites” injected into his chest. Bloodshot gave Valiant their big-screen debut in 2020, with Vin Diesel starring as Raymond Garrison in the film of the same name. Bloodshot was produced by DMG Entertainment , the parent company of Valiant. Both companies are now headed by Dan Mintz, and you can check them out on Facebook for the latest info on upcoming releases.